Well, they're both done and dusted, but as the title suggests I'm not really happy. This is specifically because i couldn't get two of the crew into the Centaurs. The Top-side Gunner and the Sergeant. There's simply not enough room! I started to force them, but i decided against that, and just went with the four crewmen. A shame really. 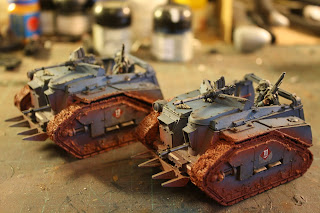 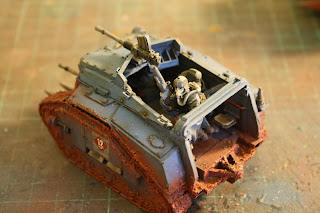 The overall result is good i suppose, but I'm just really disappointed!! On a positive note, i decided to try out the Quickshade on the crewmen (out of curiosity, but mainly because i was feeling lazy!) For those who haven't read my other blog, Quickshade is made by Army Painter and is bloody brilliant! Simply dip your miniature into the Quickshade and shake off the excess and you've got a fully shaded model which is also varnished. The effect was great on the Kreig, and future models will definitely be seeing a dip into the Quickshade! 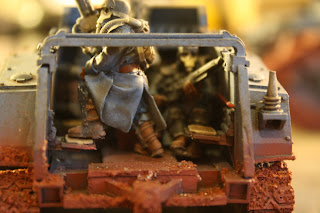