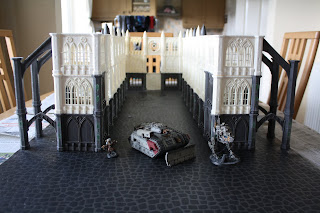 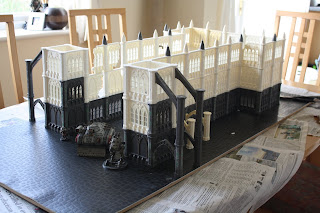 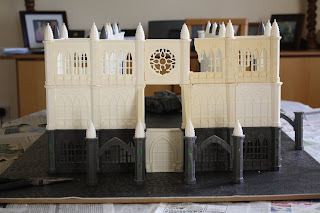 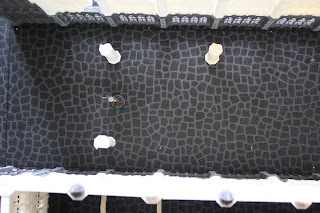 (its a lot smaller in there than the picture makes it look!)
The last panels for the towers are just waiting to be tidied up before gluing, and then the main structure will be complete! (aside from the roof of course)  More supplies will be needed to get all the flying buttresses finished, so they'll not be done until the end of next week. Next on the to-do-list will be the front door, so I'll be nipping out to grab me a Shrine of the Aquila set (unless i can find the part on eBay!)
Then its painting - and that will be the hard part!
The GunGrave
﻿
at July 08, 2011