This is an idea that's been brewing since I started building the Capillary Towers. I always loved the Tyranid Spore Chimney from Forgeworld so i had a crack at making my own to go with my 'Nid terrain.
This is the finished build! The main skeleton was a polystyrene cone quartered and based around a polystyrene ring. This was then covered in air-drying clay and shaped.This is definitely my new favourite terrain material! Dead easy to use and shape, and only 24rs to dry. 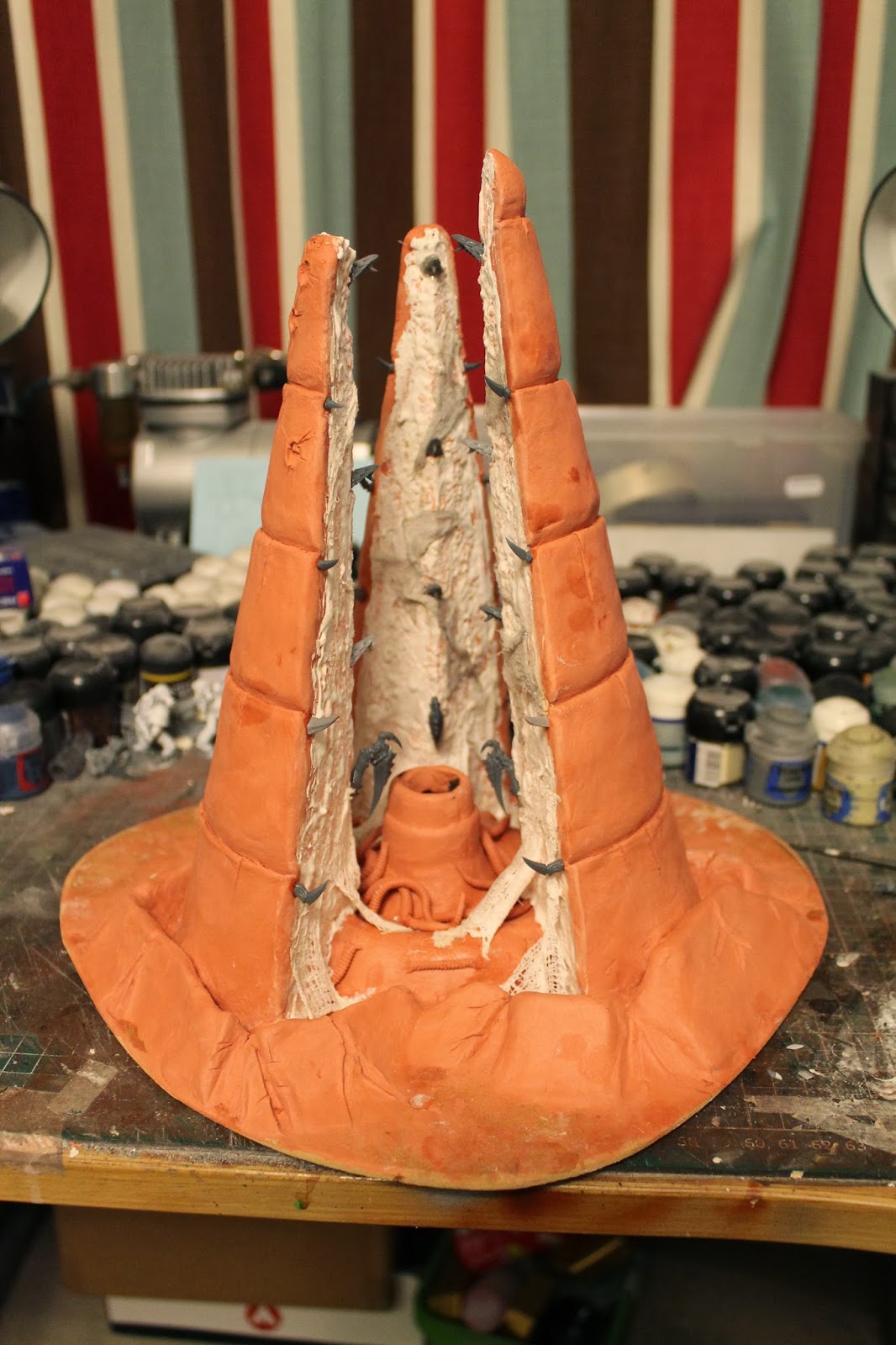 This is the chimney itself. It was based around some random piece of pipe i had in my bits box. The inner surfaces of the towers were coated in some slightly watered down polyfilla. This made it a lot easier to apply, and gave it a less 'stony' effect (see my first attempt at a Capillary Tower)

Some extra texture was achieved by adding some medical gauze coated in watered down PVA glue. This gave it a great organic look. It also looks suitably disgusting! 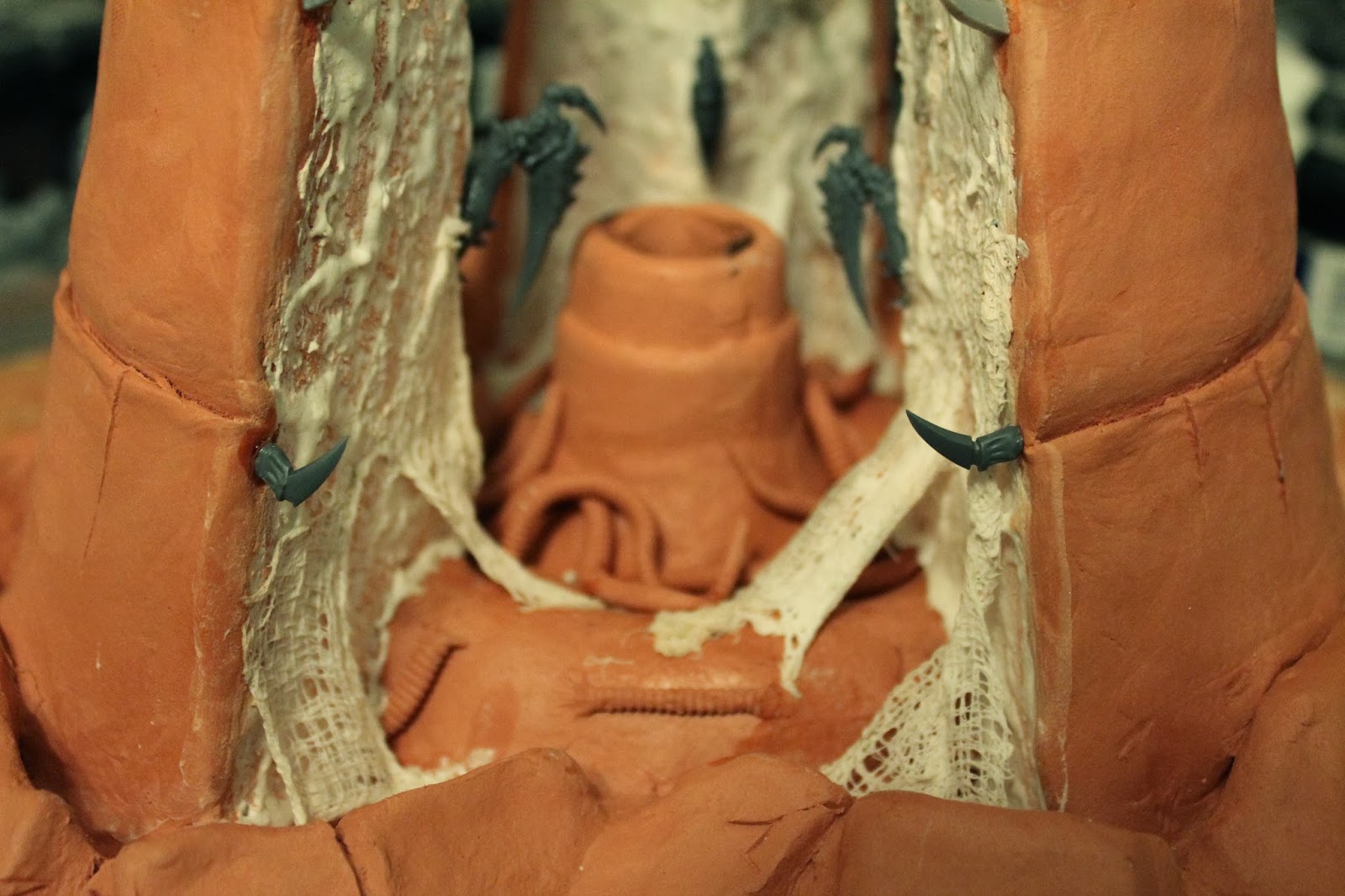 I had a crazy amount of spare 'Nid bits which were useful for this piece. 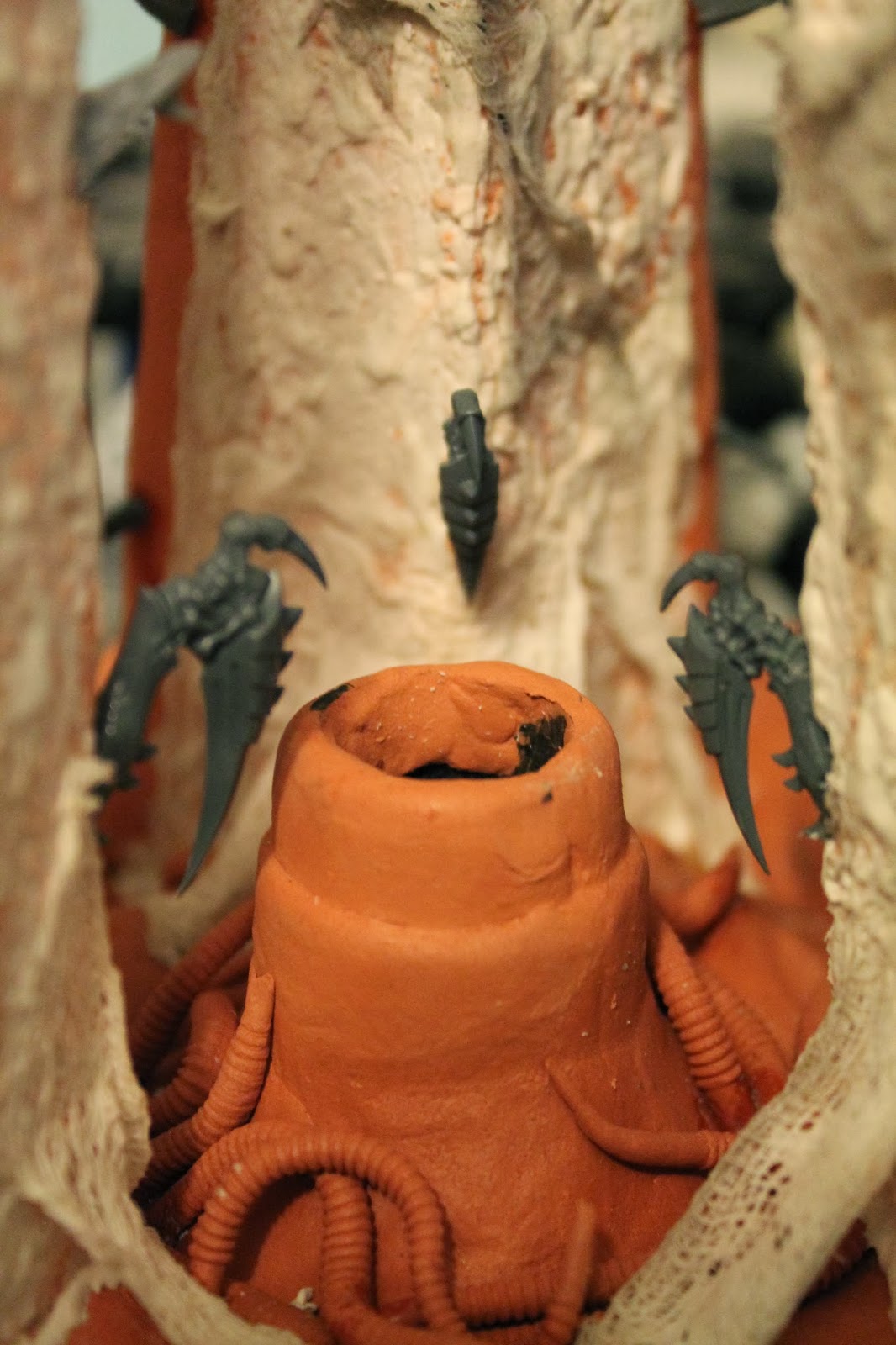 I used one of GaleForce 9's Tentacle Makers to make the tentacles in the middle. I made them out of clay as well, which worked just as well as Green Stuff or Milliput. 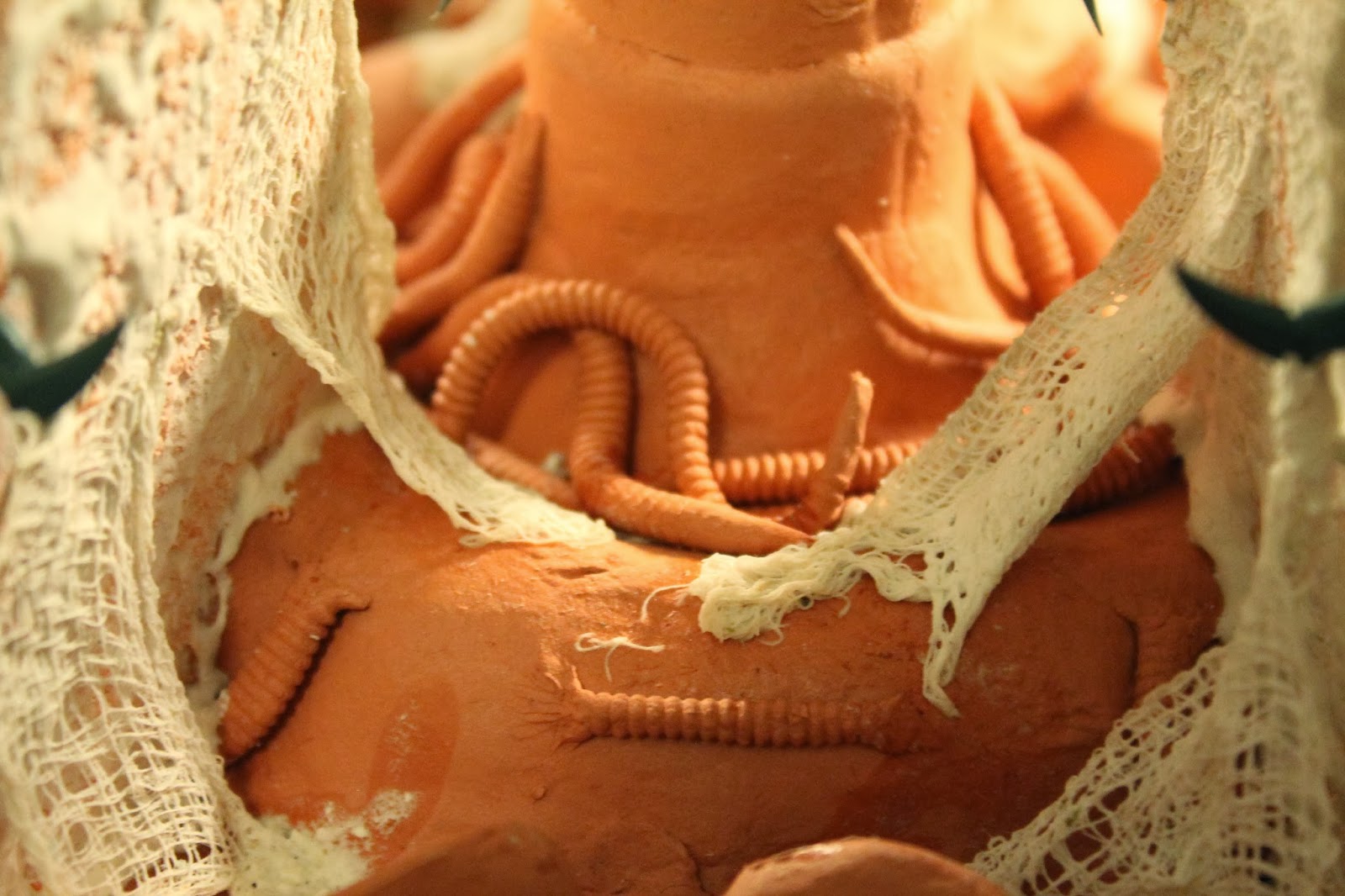 I used the ends of Devourers to make spikes on the towers. 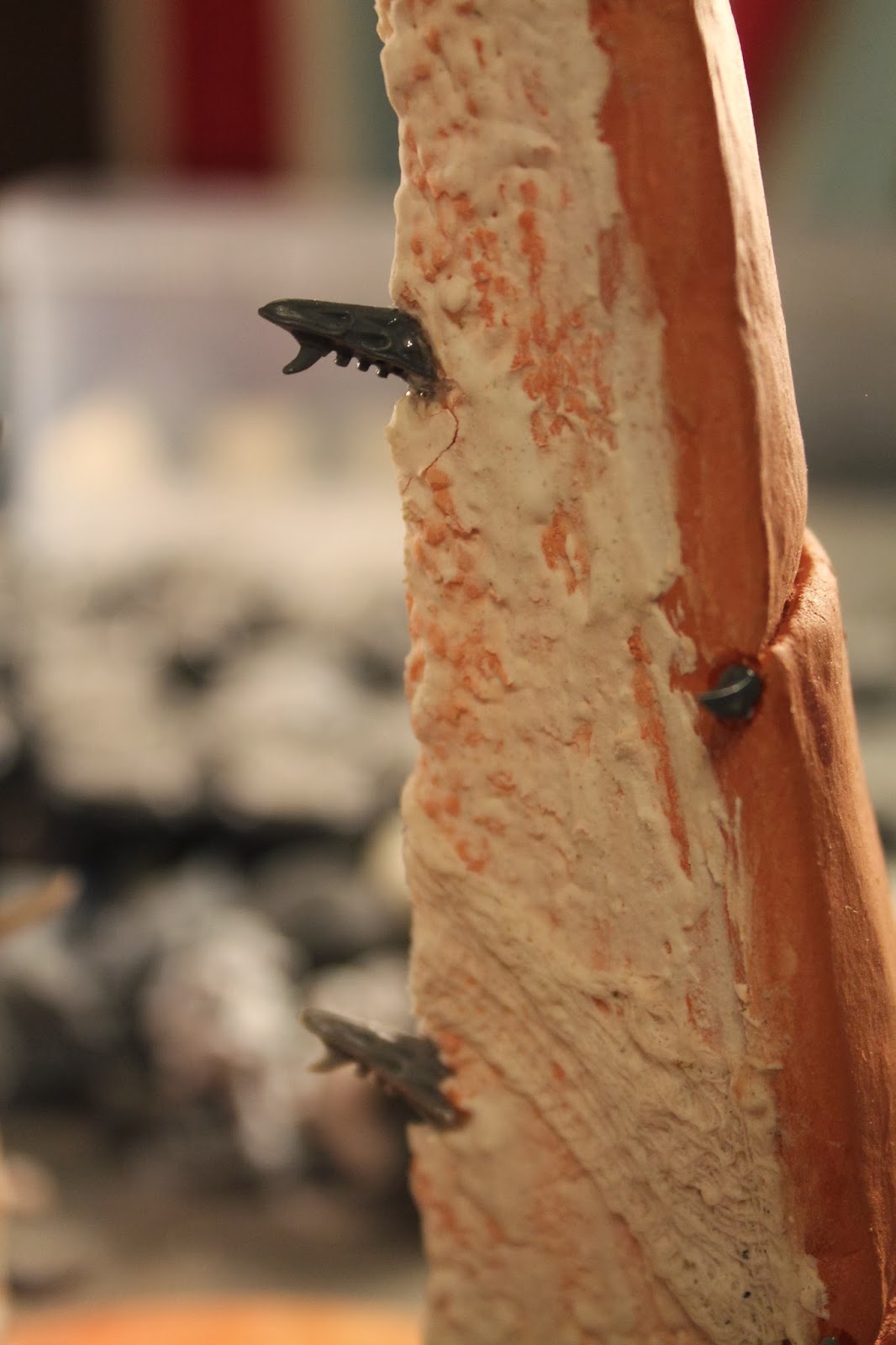 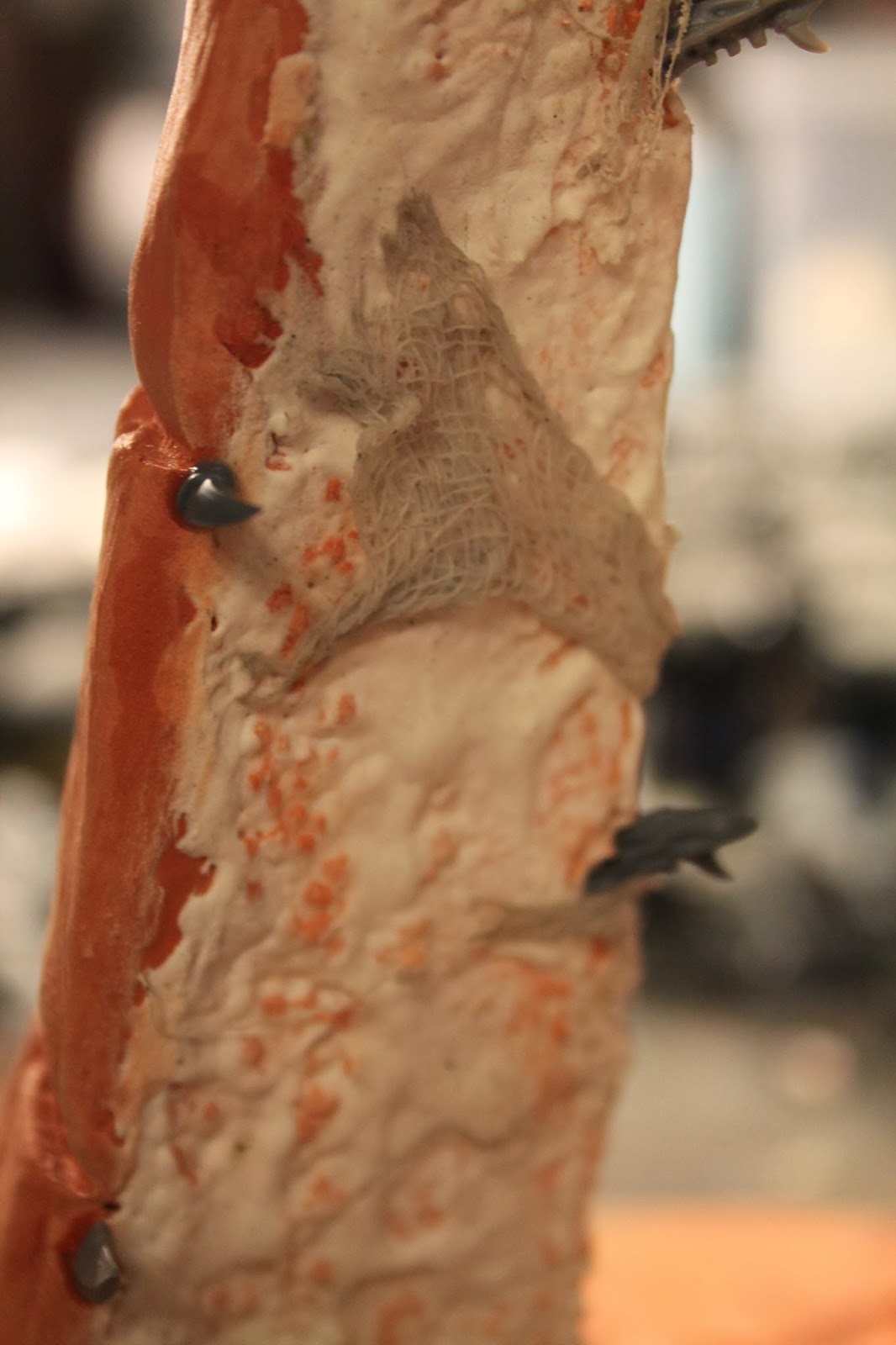 It was easy to get a smooth finish on the carapace of the towers. I also added some ridges with the back of a knife to break it up a bit. 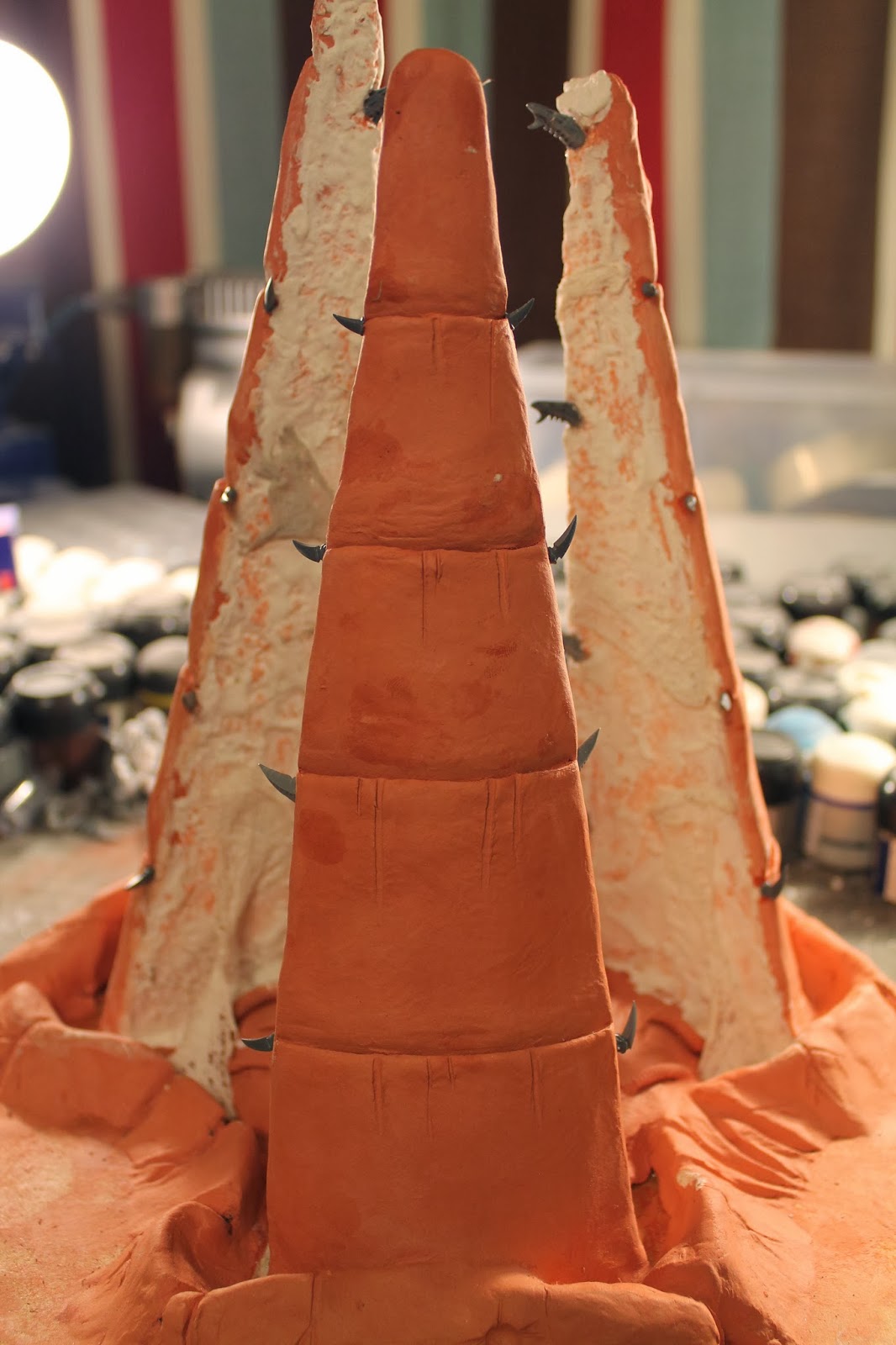 Also some impact craters from the doomed defenders of  the planet! 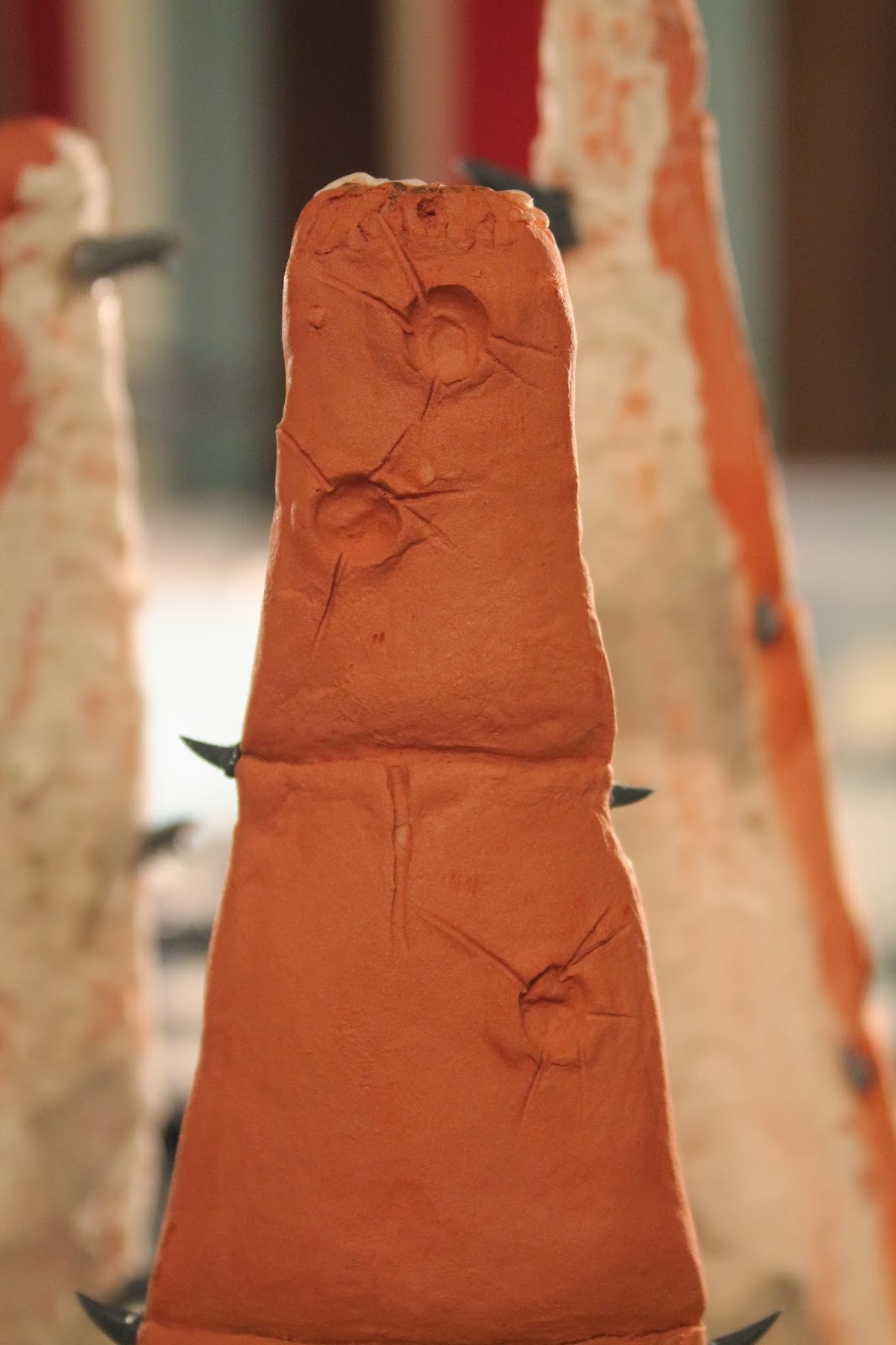 The edges of the Chimney were modelled to make it look as though the Chimney had grown out of the ground. This broken earth effect will look better after its based and painted. 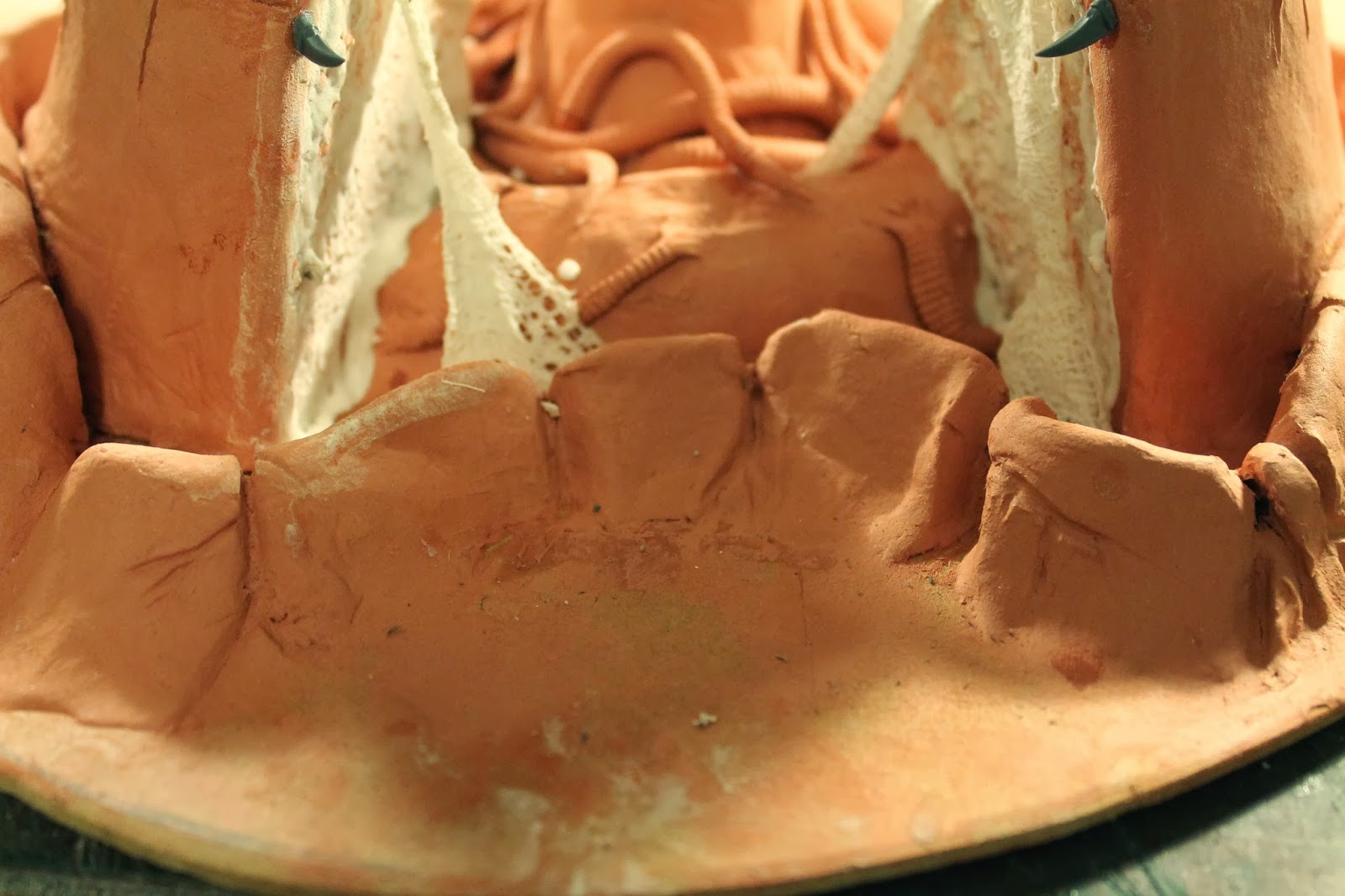 A scale shot with some spare Termagants. I'll be going with the same colour scheme i used for the army on the Chimney. 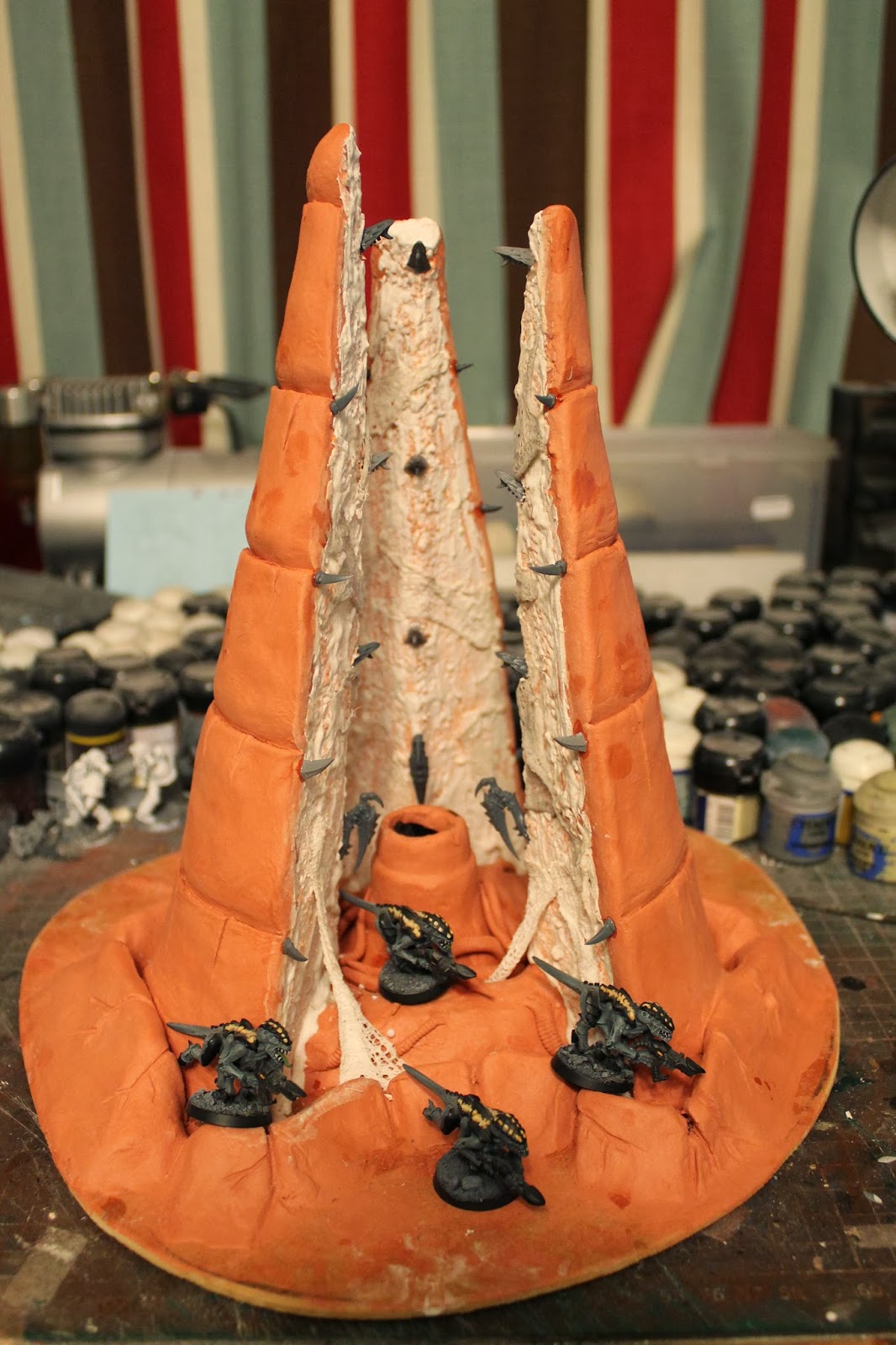 As an afterthought i added some spikes to the edges of the carapace. This are from some spare Trygone sprue's i had. 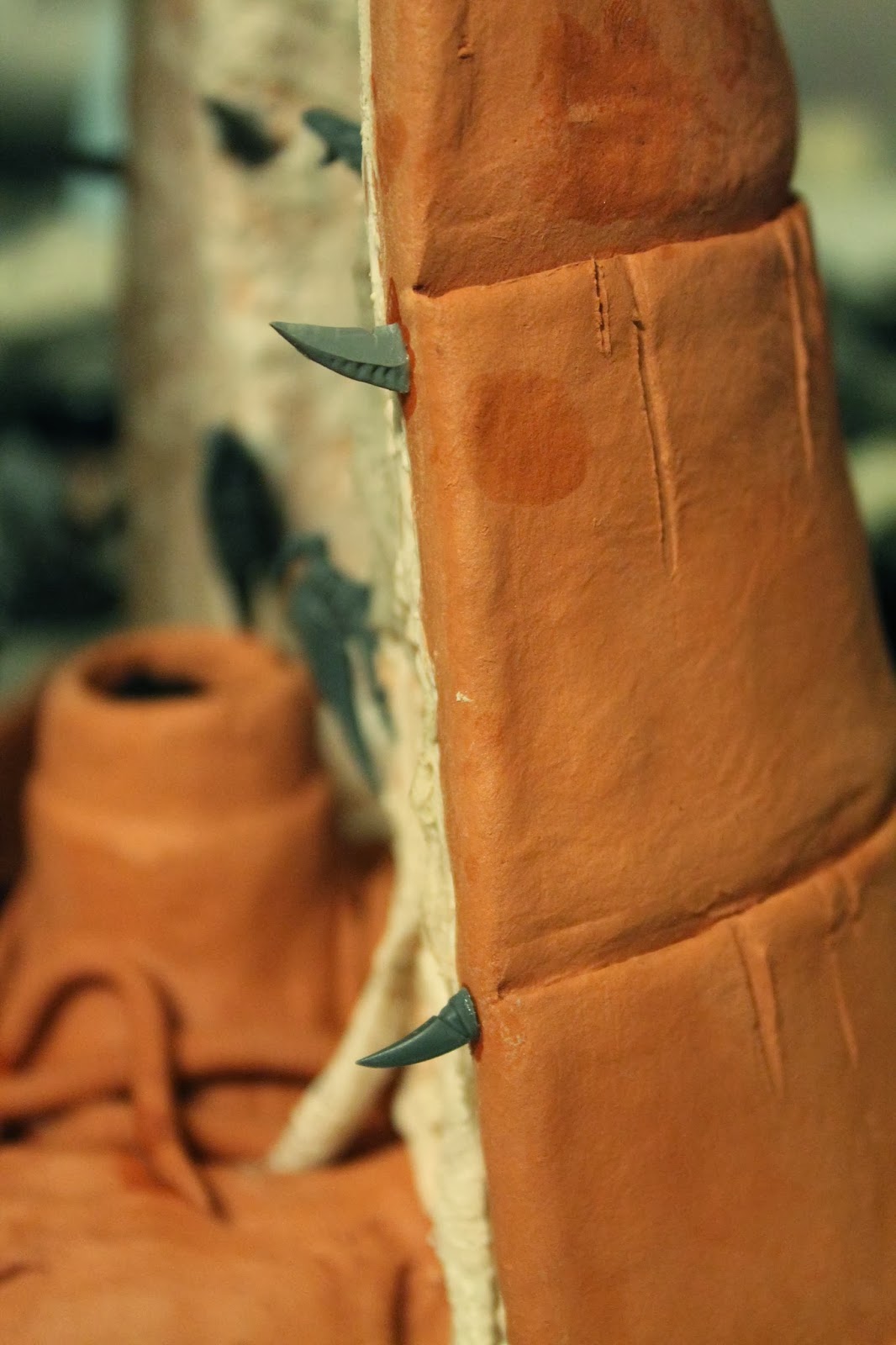 Finally some WIP shots. All in all this piece cost me around £10 to make! 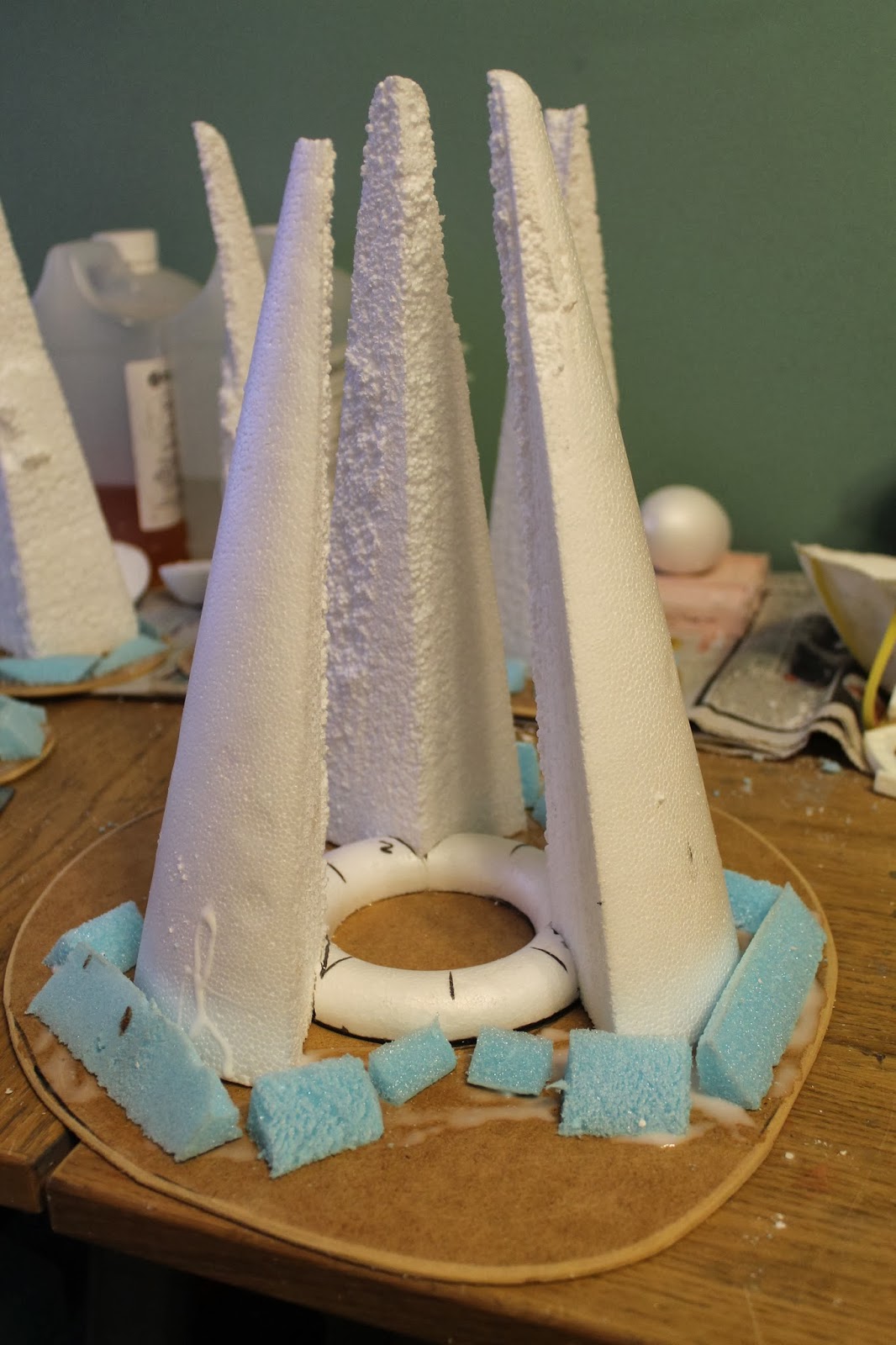 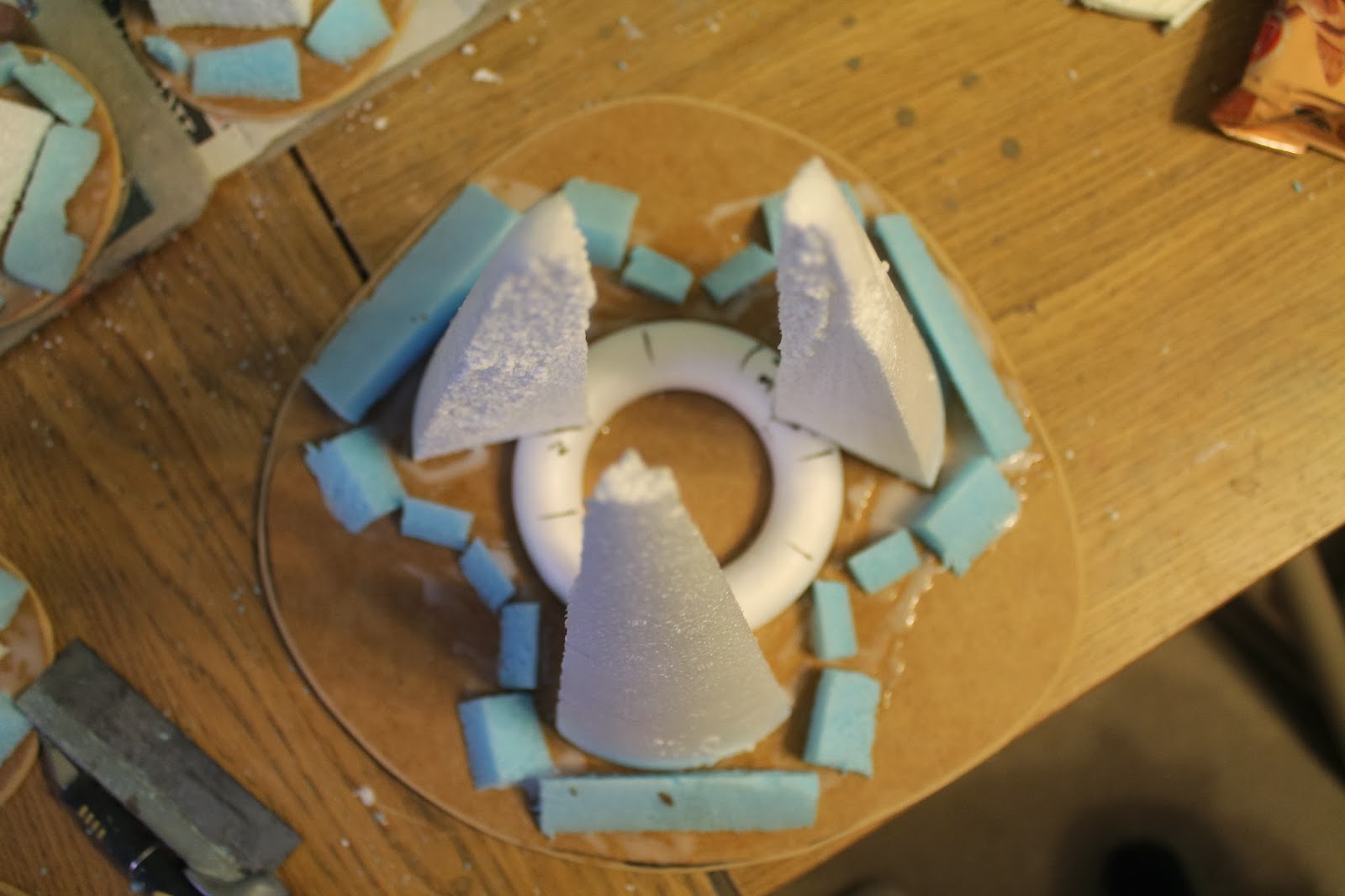 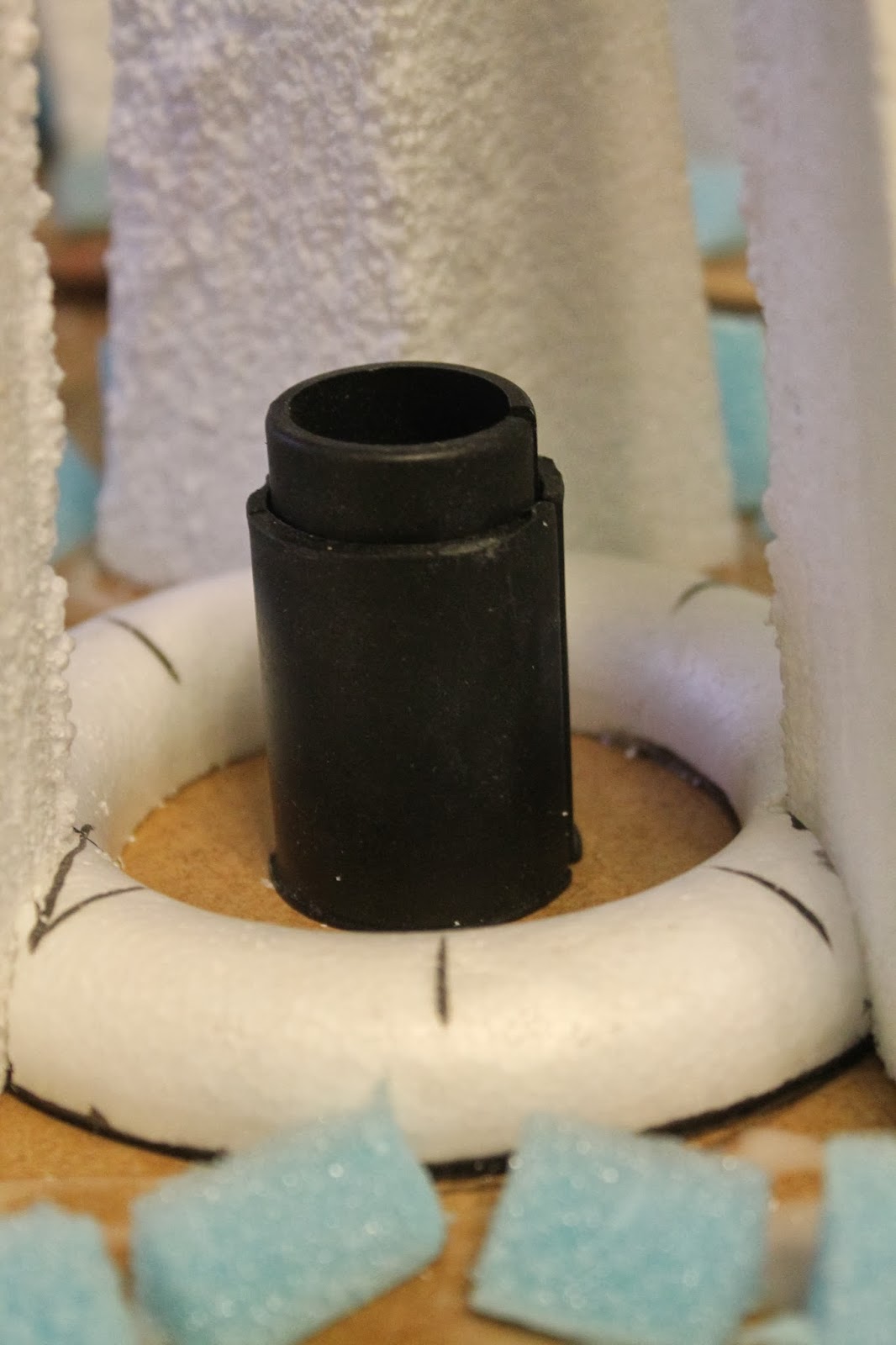 I'm looking forward to painting this! Also look out for Capillary Towers Mk2.
The GunGrave
at January 28, 2014