Tyranids! Well, the Guard need someone to fight right....?

With my Vostroyans pretty much done, and my Krieg army growing out of control, i decided to restart on my 'Nids!

As with most people i suspect, i was swept along with 'Nid mania when the new codex was released, so rushed out and bought loads of models. These inevitably ended up collecting dust on the shelf! However, after taking inspiration from a White Dwarf Nid colour scheme, the hoard began to grow again!

The scheme was an easy one. The flesh is a 1:1 mix of Shadow grey and Graveyard earth, with a black carapace. The flesh was drybrushed with Astronomican Grey. The markings on the back were created with Tau Sept Ocre and then a layer of Bleached Bone. The soft tissue sections are Thraka Green and weapons are Charadon Granite with a Badab Black wash. There is next to no shading or washes on these models and i still think they came out great! Easy and straight forward, just what a hoard army needs to be!

Below you can see 16 Termagants undercoated in my Nid Flesh ready to be painted. Theres also a nearly complete Trygon Prime, along with some finished Warriors, a Carnafex, Termagants and Homagaunts. Next purchase will be a Winged Hive Tyrant which i have big plans for, so watch this space!! 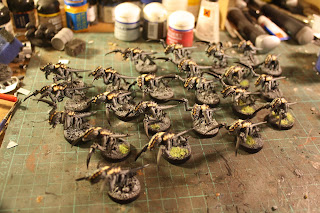 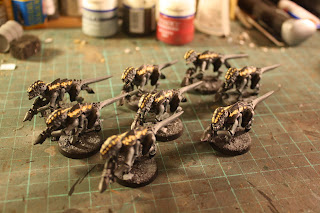 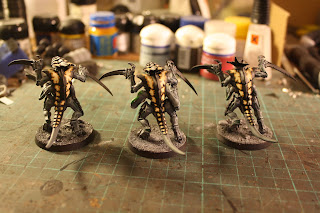 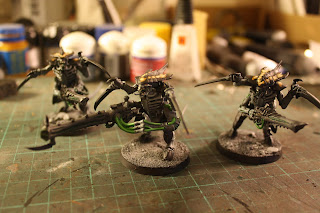 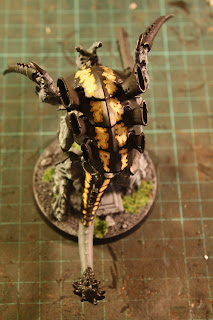 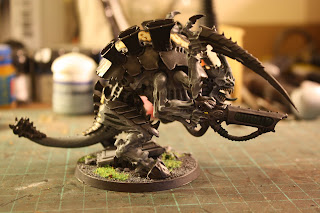 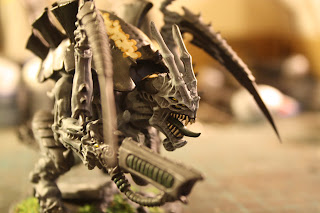 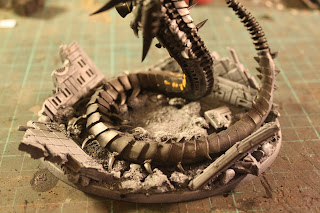 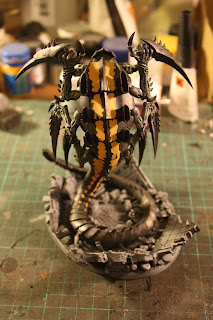 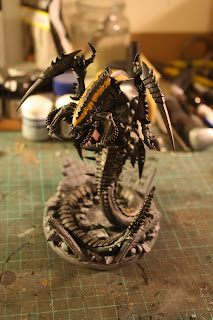 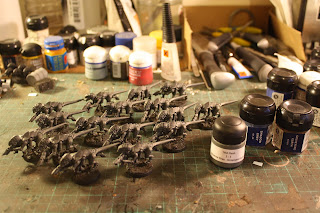 Email ThisBlogThis!Share to TwitterShare to FacebookShare to Pinterest
Labels: Tyranids