Well the first prototype is done. Now this is just a mock up to see how all the parts fit together, and not Representative of the final product!

So i think that I've successfully addressed the Dwarf Marine Syndrome! This marine is the one where i inserted the spacers between the shin sections. I've done a size comparison here, and you can see that the Custodian is a little taller (partly due to the helmet, but meh!) 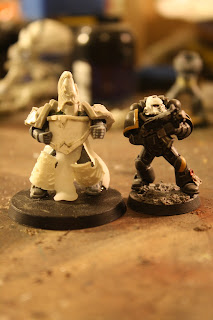 However I've identified another problem, and that's the torso. In principle the idea was sound, using a simple plasicard template to add to basic marine torso. But as you can probably see, in practice it just isn't right. I think that is a bit wide at the waist and needs to be a little tighter in that area. I'll have to go back to the drawing board on this one. 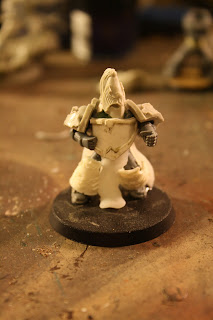 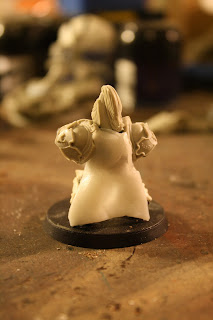 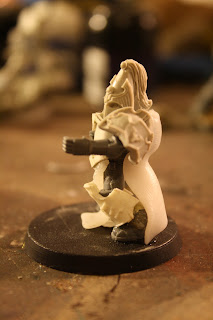 The tabard and the cape were made using this nifty stuff i found on eBay called Re-mouldable Plastic. It comes in granules and I've had this large bag for about a year now, so it goes a long way! Chuck a few granules in boiling water, wait until the granules turn clear, then remove from the water and mash them all together! You can make it into whatever you want, and if you mess it up, put it back in boiling water and start again! Fully recommended. Anyways, the cape and tabard are cool little additions and they also help to cover up any conversion mishaps that occurred along the way! 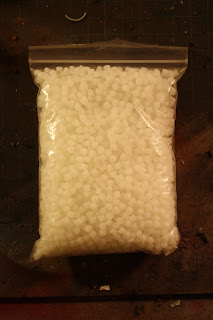 The arms are standard marine arms, the only change being to the right had which was rotated to hold the Guardian Spear. The left one will hold the shield. There was no real problems with them, just some minor positional issues but nothing major.

So, one problem solved, and another created! I'm really struggling to get the torso right, so any ideas you guys have would be greatly appreciated! I'll persist in the meantime and hope an answer presents itself. Now onto the second prototype!