A Guardsmand Guide to Glory is 1 Year Old! 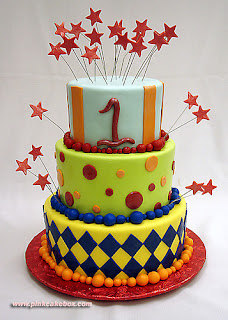 So today is this blogs first birthday! Yay! I cant believe that its come around so quickly, and that I've been blogging for that long!

So to mark the occasion I've decided to feature the most popular posts from the last year of blogging! So here goes:

2: Legio Custodes: Painting Gold Non-Metallic Metal (January 2011) - A very recent post that sored to No 2 mainly due to the awesome publicity that FTW's "Tuesday Top Ten" provided! I think No 1 had FTW to thank for that as well! I know its not from last year, but its definately worth a mention!

3: Elysian Drop Troops (April 2010) - A surprise entry, as this post was merely an announcement that i was going to start collecting Elysians! I guess the sheer mention of their homeworld is enough to get bloggers interested!

4: Finished Grenadier Centaurs (July 2010) - A quality little tank (though ridiculously overpriced by Forgeworld!) and in this post they come in two's!

5: Hive Tyrant, Doom of Malan'Tai and 'Stealers (May 2010) - This is when i first revealed my Doom of Malan'Tai conversion (well, more of a Zoanthrope tweak!) and the freshly painted Flyrant conversion! Both are now centerpieces to my (now complete) Tyranid Army, and performed admirably well during play testing!

So there it is, the Top Ten 2010 Posts! I'm very much looking forward to another year of blogging and the completion of the exciting projects that I've got lined up! I'd also like to thank my modest but dedicated base of followers for their support and contributions!