So these tanks are the first products of the new forge! All the tanks of the Krieg Armoured Regiment are now complete (again!) So here they are: 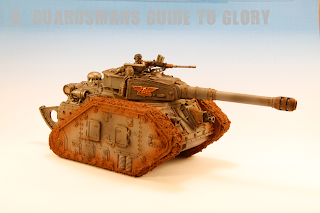 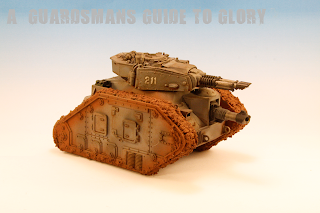 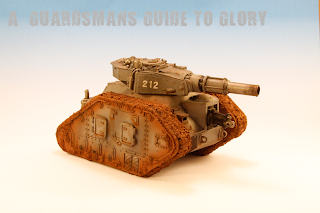 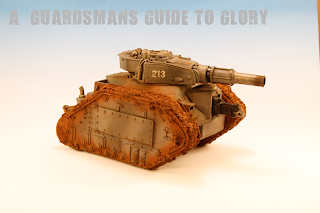 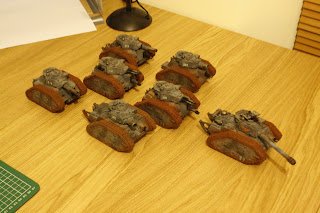 The numerical transfers for these models were a pain to get on! I've had this one sheet of Death Korps transfers pretty much since they were first released (a good few years ago!) I think they may have degraded over time, as the numbers seemed to want to come off individually, and not in the three digit blocks that they were originally intended for. As a result the numbers are a bit wonky!!

So I'm now waiting for my second to last model order to see this list complete! Winging its way from Forgeworld now are 2 Vulture Gunships with Punisher cannons and 4 Death Korps heavy bolter teams for the Armoured Fist Squads. Then its 4 Chimeras and I'm done! In the meantime i'll be painting up another Krieg Squad.

I've got another 2 weeks of sick leave to go yet, so i hope to have this latest order knocked out pretty sharpish!