Now I'm back from a long weekend in London catching up with some school buddies, its time to get some terrain projects off the ground!
I mentioned an idea of a Mag-Lev Track in my last post, but first up is another long standing idea - The Defence Laser!
Since i saw the defence laser Duty's Fist that GW featured in the Apocalypse book I've been in love with the idea of making one myself! Now  I've begun to do just that! The reason its taken a while to get going on this is because i was struggling to find the right shaped plant pot for the base of the laser. It appears that hexagonal pots are heard to come by! However, last weekend i found some!﻿ 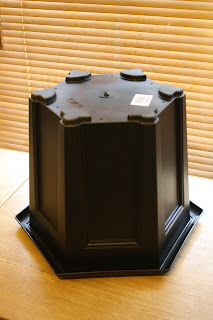 I also bought this Hamster Lab from a pet shop! The dome shape is perfect to house the bulk of the laser itself! 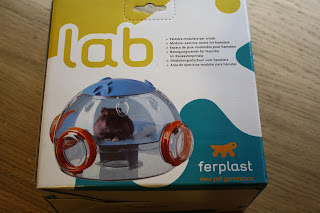 I'll only be using the top half of the dome. The three openings in the sides will be perfect for running power cables thorough. 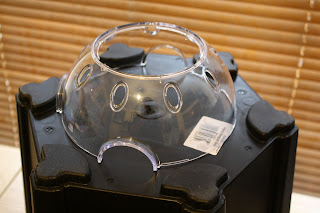 I'm still waiting for some materials to arrive through the post before i can begin building. In the meantime I've started preparing what I've got. I've trimmed off the rim of the pot as well as the 'feet'. 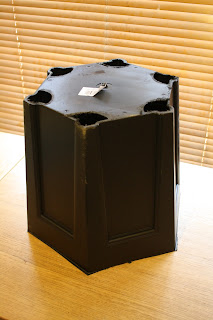 I've also mapped out the footprint of the Laser onto some hardboard. The inner Hex is the base of the pot, while the outer Hex is going to be a raised platform running around the base. The connected squares to the top and bottom of the picture will be defence towers, and a Comm's Tower will be attached to the bottom right of the picture. 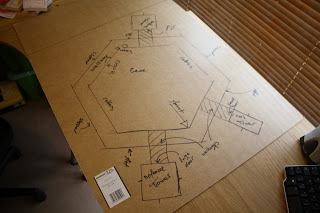 On a more tragic note, one of the cats pissed on my Xbox power cable, frying it!! I've got a replacement now, but the old cable will be great for adding detail to the Laser! 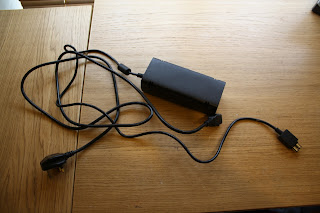 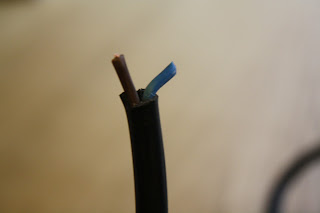 So that's it for the Defence Laser for now. I'll be pushing on with this as the week goes on.
Now the Mag-Lev! I'm at a similar stage with this as i am with the Laser, in that i have a load of parts, but cant really progress with the build at the moment. I've managed to find suitable materials for the tracks. Below is a plastic curtain rail (about £6) on which my Mag-Lev train will run! ﻿ 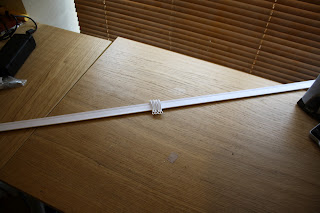 It comes with the plastic runners on which you would normally hang your curtains on! I'll be modifying these to fit to the base of the train so it can run smoothly on the tracks!﻿ 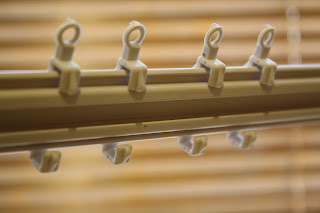 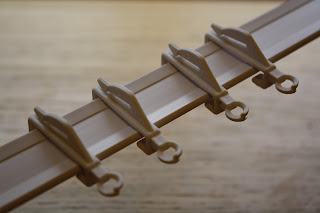 The plastic runners are to flimsy to support themselves, so I've bought some 6mm steel rod to run beneath the tracks and give it support.

The main problem I'm having with this project is the train itself. I cant begin building the stations until i know the size of the train! Because of this, the Meg-Lev is stalled for now. However, i have it on good authority that 'O' gauge hobby trains are around the right scale for 40K, so I'll be searching for a suitable train to convert over the next few days!

Phew, that's it for now! Hopefully I'll have made some more progress on both projects by Friday!