I haven't had much time this week to work on the Defence Laser. Ive been in Birmingham all week training, and with another week of training back in Birmingham next week, I've been working had to make some more progress before i leave again! Setting up a new Dialysis Unit is hard bloody work!!
So whats new? Take a look! The works been progressing well under the watchful gaze of Master Yoda!﻿ 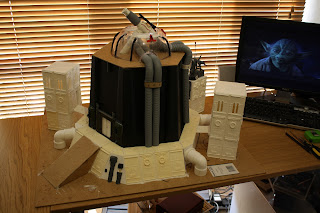 The most noticeable work has to be the Laser itself. I didn't manage to find the pluming part i wanted for the main weapon, but i did find a suitable substitute. 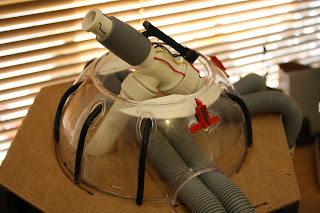 I've installed a blast shield in the roof of the weapon dome. I figured that an ancient and powerful weapon like this wouldn't just be sticking up at the sky when not in use! 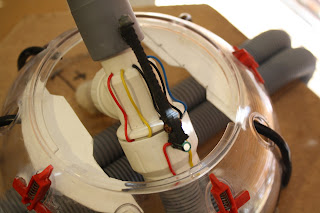 Weapon detailing was completed quickly, as the pluming parts already had a good bit of detail on them already. The wires were from the main power cable of the doomed Xbox lead that the cats ruined, and the main targeter is obviously from the CoD sets with a large lens stuck on the end. ﻿ 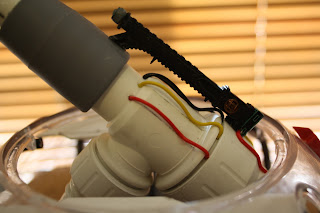 The Black cables are from the Xbox power lead while the red t-bits are from the guts of an extension cable, also ruined by the cats! The cat-piss incident turned out OK in the end, as I've now got a huge stock of electrical bits for conversions!
﻿ 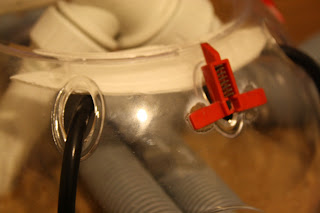 Another large addition is the main generator power feeds to the main weapon. These were made from a generic Outlet Hose that i got from The Range (a really cheap homeware store) for £1.50/1.5M's! I grabbed 2 which was just enough for my needs. 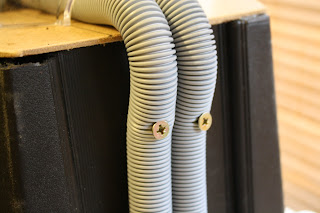 The hose had to be screwed into the main structure, as glue just wouldn't be strong enough to keep them in place. 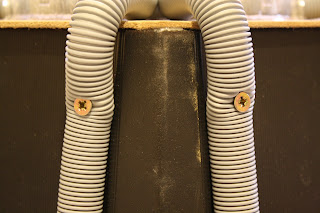 As the screws really mucked up the aesthetic of the hose, i had to hide them. For this i used some thick cardboard tube and toilet roll! I needed materials that were already curved to make fitting them around the hose easier. 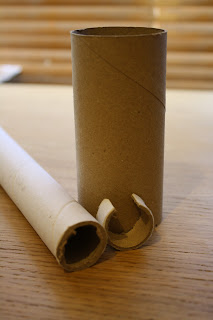 These are the smaller brackets. 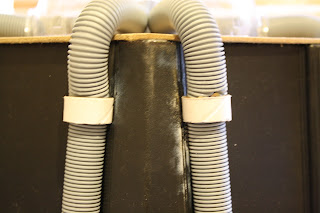 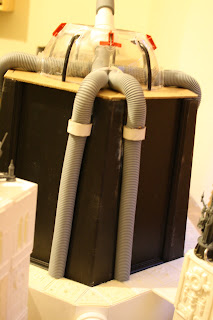 And the larger ones made from toilet roll. 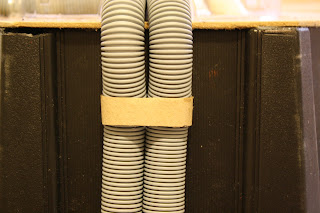 Once in place i added a few rivets cut from plastic rod.﻿
﻿ 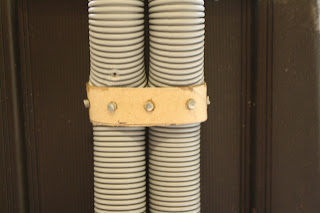 The main access ramp. I've been waiting for some sets of stairs off eBay for nearly 2 weeks now which were going to lead up to the main access. I got impatient and decided to build a ramp instead!! I had just enough room on the baseboard to make the incline shallow enough to balance models on!﻿ 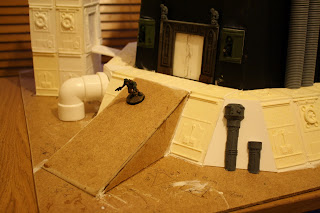 Other details include some large pipe work around the base. 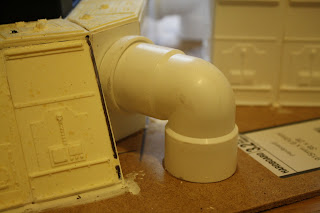 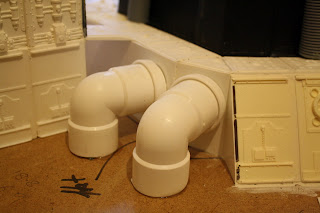 I've also added some supports to the upper platform. These were made from the CoD Basillica buttresses. 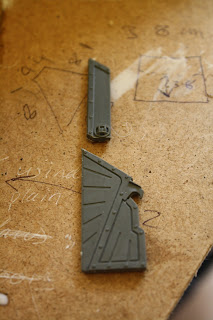 The larger sections will form corner posts for the upper deck railings, while the smaller pieces were used to act as the deck supports. 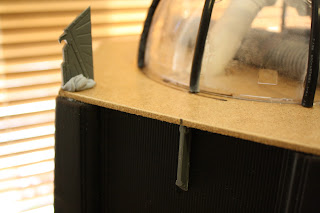 One last bit of detailing was added around the base. As this section is sloped it wouldn't take a pipe section. I raided the bits box and added some industrial looking pieces instead! 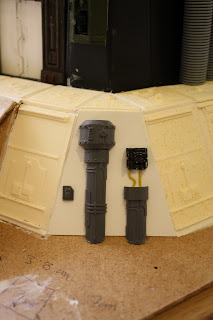 Not far off completion now. I'm going to add some smaller pipes around the base, along with a multitude of vents, fans, and rivets to finish it off! I'm hoping for completion next week!