As soon as my new airbrush arrived (a swanky Hardner & Steenbeck Infinity) i got straight to work on the Lancer again. Once i got into full flow it didn't take long to get him finished. He's  actually been done for a week or two now, but I've only just got around to photographing him!

This purchase was based on a love for the model rather than a practical gaming application! I know it will be useful, and at the end of the day its still a Knight, but i always found the Lancer rules to be a bit...meh. To me its just a beautiful model, but if he ends up on the battlefield (which he inevitably will at some point) then i think I'll primarily use him for taking on other Knight, Super heavies, and armour.

Anyhoo, here he is! 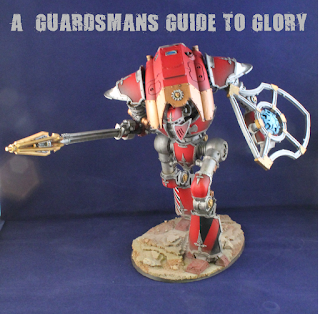 The carapace trim got the bronze treatment like the Acheron. 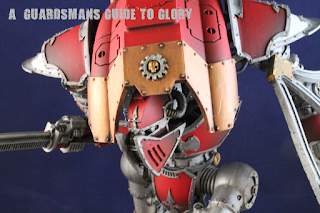 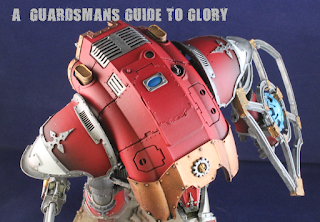 I really like the shoulder plates on the Lancer. again the white sections are just waiting for some Mechanicum transfers to be released! 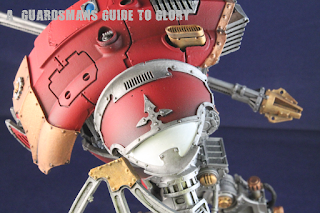 The Gauntlet Shield. I based the OSL (or poor excuse for it!) on the power sources found on the Thallax and Castellax in the rest of the army. The shield was quite warped when i got it but i managed to straighten it out. The sharp eyed amongst you will notice that i shaped the shield in a more conventional manner, rather than the inverted shield shape it was meant to be - just preferred it that way. 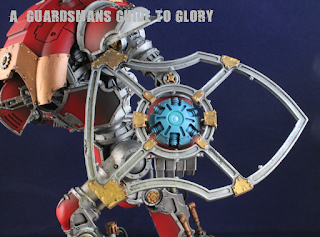 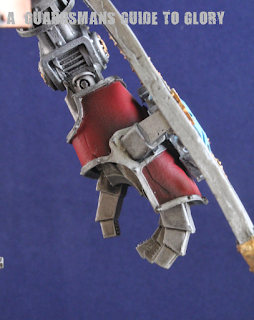 The iconic Lance! To big for one photo annoyingly... 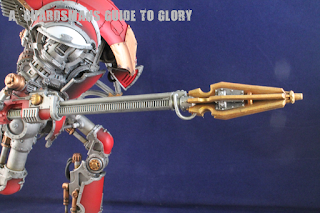 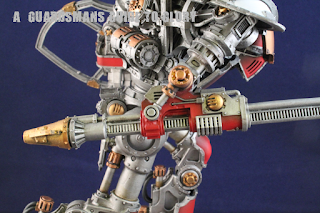 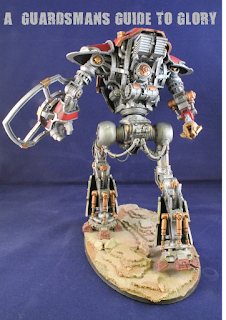 Base is the Mechanicum standard. 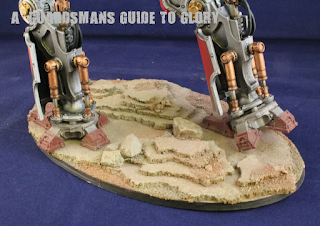 The shins got a little extra attention. again these patterns will be supplemented with transfers once they're finally released. 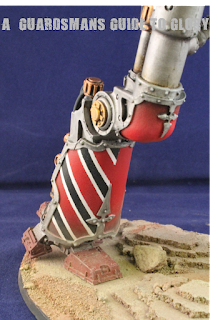 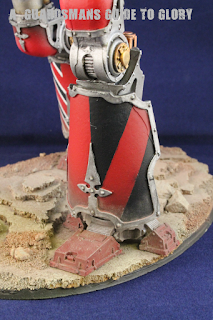 Lastly i took this photo  to show the stride of the Lancer. I always try and go for dynamic poses for my large walkers, so i wanted this model to look like he was about to run another Knight through with his Lance! 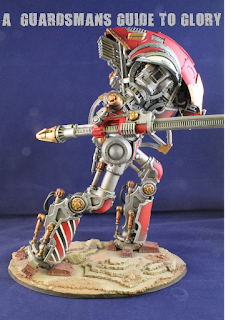 Like the other Knight, he got the magnetic treatment. For me they'd just be such a pain to transport otherwise! 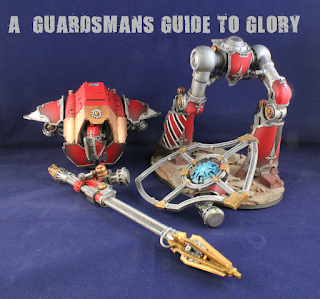 I hope you enjoed the Lancer as much as i did! As i mentiioned a few posts ago, i ordered 2 Knight Styrix as welll, one of which is already well underway! more on that soon.