As i wasn't quite ready to get off the Dropfleet train just yet, i cracked on with the 2 Saratoga Cruisers i ordered with my copy of the boxed game. These were only on sale until the end of April this year, and then only available as a show only model. It'll take 2 in that case then!
So i understand that these Cruisers are an alternative configuration for the New Cairo Light Cruiser (getting to know those names now!) and use the same rules in-game. I have to admit, i do prefer this build!

The burnthrough laser is built into the main hull in this configuration, rather than on the underside of the hull on the New Cairo. 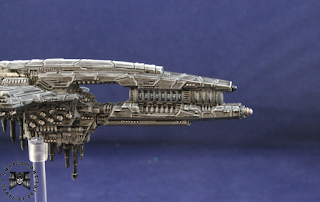 To make these Cruisers stand out a bit more, i added a white stripe to the top of the hull. I wouldn't recommend these markings en-mass, they were a pain to get right!! 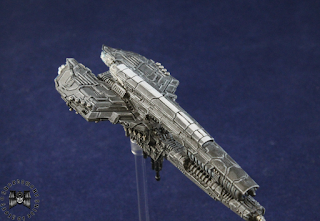 The engine layout is different on this Cruiser as well, another bit i prefer to the New Cairo! 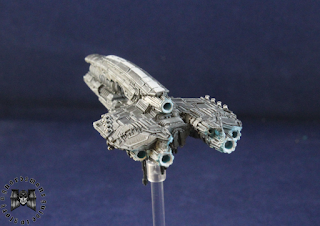 The fleet so far! There's only 1 more Cruiser to go now and then I'll move onto the Scourge fleet that came with the boxed game. Maybe I'll be able to get some games in then!! 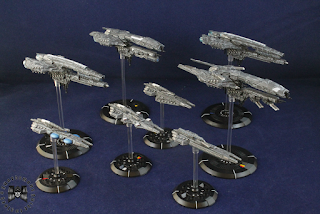