Another quick update. While doing the armour panels of the torso i couldn't help but start on the head. It didn't take long.I have decided to paint the crew separately and then add them in later.

So this piece was best painted in pieces. There is quite a lot of detail on the inside of the head which definitely needed attention. That being said, i did keep the pallet quite simple. 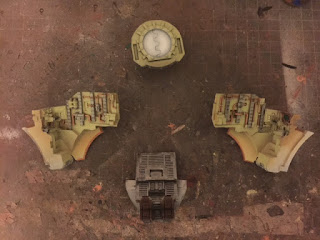 The colour of the armour plates was the  hardest bit to decide! I originally wanted to paint it yellow like a typical Legio Astorum titan, but figured a Princeps Majoris would likely pilot a Warlord of bigger. So i decided on white to make the master of the Legio's machine stand out a bit more! 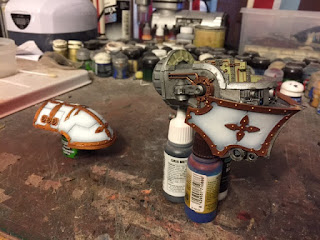 Lastly it was the heraldry shields. These took no time at all, as the bulk of the detail will be Legio Astorum transfers: 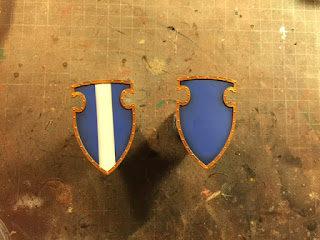 Like so! I have to say, the FW Legio Astorum ransfers are just fantastic! Theres so much detail on them. The set came with 2 large transfers which i used on the shields. I trimmed the transfers a little once they were applied so they properly fitted into the space on the shields. 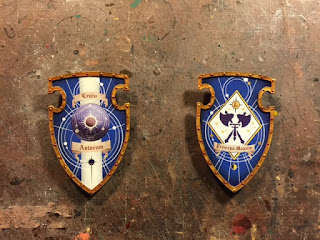 Awesome! The end is sooooooo close now! More soon.
The GunGrave
at January 15, 2016