While i was taking pictures for my last post, i saw that the quality of my pictures was slipping, despite using an SLR. Recently I'd  noticed a few articles on the blogs about building light boxes and the associated benefits of them, so last night i decided to give it a go!

Here it is in all its glory! I went for a big box so, if necessary, i could snap whole army's in it! Two lamps at the sides and one on the top. 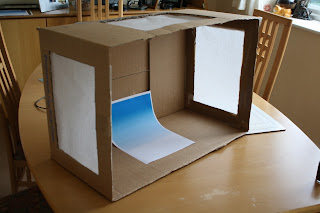 So for this little experiment i enlisted Mrs GunGrave's help, as shes an avid photographer! We took a few snaps of some models that i chose randomly out of the display cabinets and here are the results: 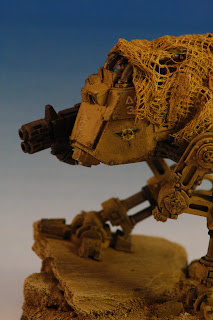 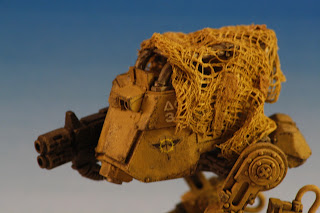 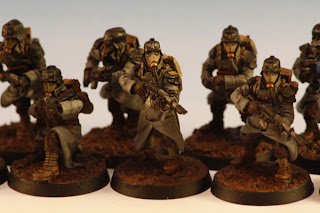 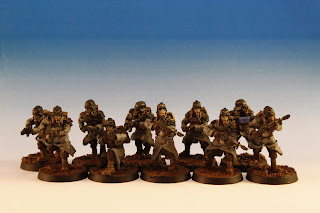 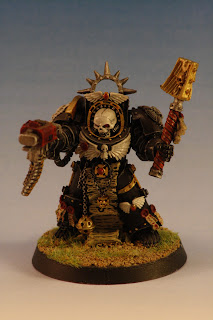 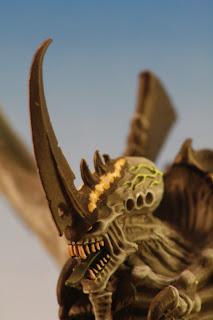 WOW is all i can say! I cant believe the improvement that this makes to the pics (well i can believe it but never thought that i could achieve it!) I believe that these pics were taken using something called a Macro Setting (or lens) for detailed picture taking, and also using a tripod. Storage for this thing in my study/Forge/Warhammer Room may be a problem though! I'm currently trying to persuade Mrs GunGrave to let me buy some new office furniture, so if this is successful and i manage to find £300 from somewhere, it should create the space for me to have this set up permanently. SWEET!

Onto other things; i cracked on with the remaining two Elysian Sentinels which are nearly ready for painting. The first one here is prowling through a breached perimeter fence. I'm gonna try and paint the edges of the fence to look like they've just been blasted by the Multi Melta! 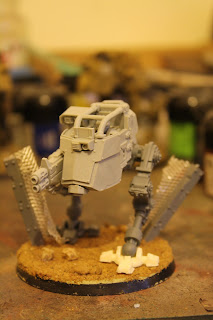 The second one is not nearly as interesting, because i simply ran out of ideas for the base! So i coped out and chucked a bit of barbed wire and a sign on it and left it at that. I'm gonna try and squeeze one of the Death Korps sector marking transfers onto the sign, but aside from that this Sentinel doesn't get much more interesting! 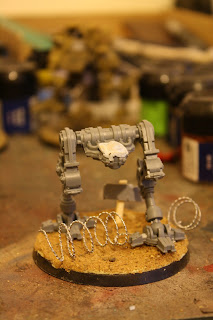 So the Elysians are nearly complete! They've been an awesome army to collect and even more fun to play! With nearly everything outflanking, not even i know whats gonna happen in the game! Once the Sentinels are done, I'll get some group shots organised!
﻿
at January 07, 2011