Well, its been a bit of a slog, but all the troops are now complete! In honour of the Xbox game that Ive recently devoted so much time to, i have dubbed these men the Veterans of NOBLE Platoon!

You may remember in an earlier post that i intended to add squad markings at a later date and then tie them to a particular Valkerie/Vendetta transport. Well, now that Forgeworld are releasing an Elysian transfer sheet, that idea is on hold until i get my hands on some! For the time being, here are the Veterans of NOBLE platoon. (NOBLE 2 is actually missing because the photo uploader is on the frizz, buit its another 2 Plasma Guns and a Heavy Flamer) 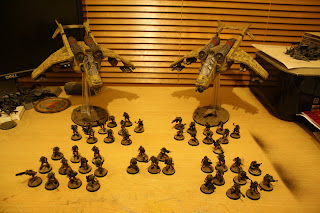 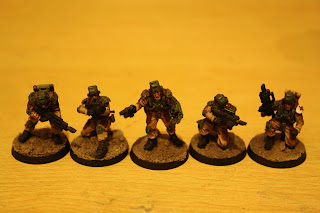 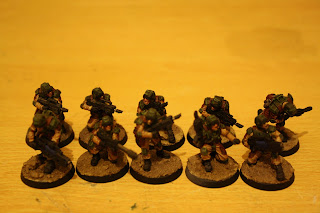 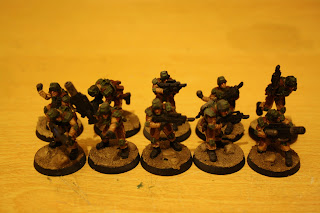 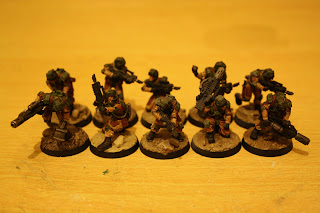 ﻿Upon completion of these squads, i immediately started work on the Long Range Scanner, my other HQ choice. This little unit allows one squad per turn to re-roll to hit rolls, as long as that squad has a Vox (which all of mine have!)
Forgeworld do produce a scanner which is included in their Las Cutter set, but I'm not about to pay £20 for a scanner and a load of models i don't need! Making my own was very easy, and her it is! 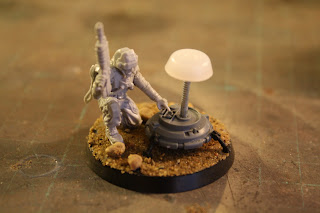 The operator was a guy from a platoon command squad i bought by accident, when in fact i didn't need it (whoops), but the squad has provided me with invaluable spares. The scanner itself was made from parts from the bits box. I'll start painting this guy later, and once i get some more funds, the purchase of vehicles and gunships can begin!!
at September 28, 2010 2 comments:

After being pushed back to make way for other projects, these guys are now done. Thanks f or everyones input on the colour schemes! As you can see, i went for red robes for the servitors. My only concern with doing that was that they would look to much like Mechanicus! I was sure to darken the red quite severely in order to fit in with the dark misery of the Krieg! 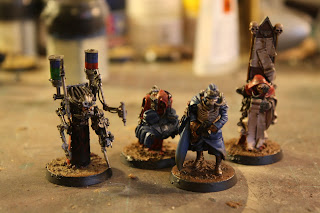 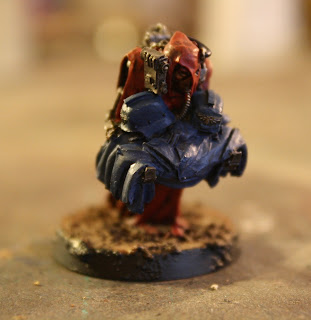 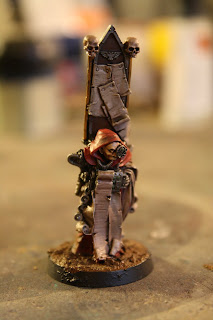 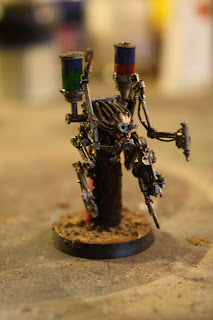 As for the Quartermaster himself - well i didn't acknowledge how nice this model was until i saw him complete! Definitely one of my favorite in the army! 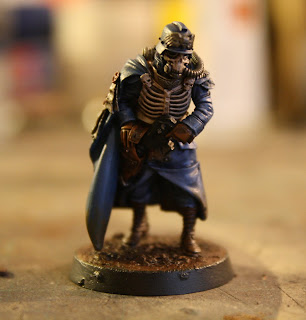 Well, whats next? The purchase of another lascannon squad and a Medusa Siege gun methinks! That would then complete the army list for now. I'll also be looking to purchase the final 3 Leman Russ for my Armoured Company and the 3 Chimeras for the Armoured Regiment list, but they'll come second to the above!
at September 19, 2010 1 comment:

After bagging those 3 Russ off eBay, i got back to thinking about my armoured regiment.
The new tanks are pretty much finished now, with only a few minor details to add. Just before i started weathering them, i noticed that the old tanks weren't up to date with the latest weathering techniques I'm using, so they got updated as well!
These guys will also form my Krieg Tank Company, White Company. The Krieg are very dull and unimaginative when it comes to names and designations (their guardsmen have numbers instead of names!) So ill be following along the same lines for the tanks to. Each tanks will be numbered 1-10 and a squadron marking (1-3) will also be added. I'll think of something a little more imaginative for the Company Command Tank but that will come later.
The tanks of the Armoured Regiment List 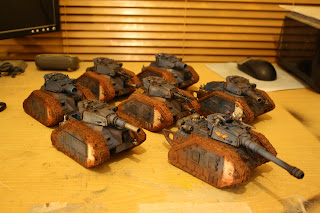 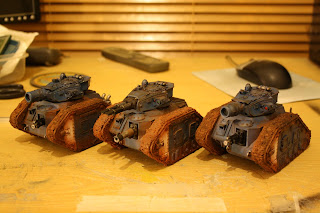 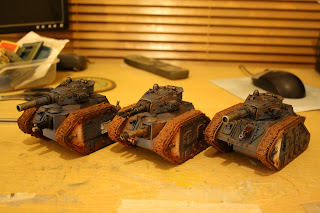 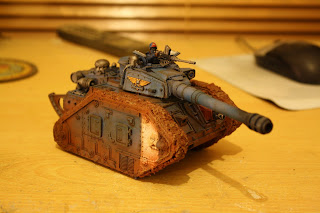 FINALLY I've got this bad boy completed! I've been working on it bit by bit after work and finished it this morning. Again, very pleased with the outcome but I will do a bit less chipping next time. Went a bit mad on this one! 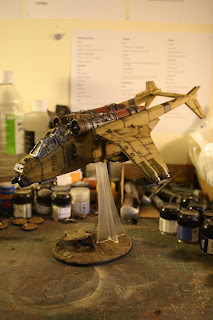 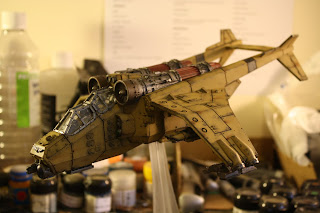 Again i applied some directional weathering to the rust streaks on the wings and hull. This is one of my all time favorite techniques! 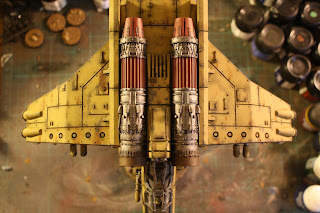 As for the base, well, it looks great! It is a bit over the top for a flying base, but now its painted, i love it even more!I kept the colours subtle as to keep the attention on the Vendetta and not the base. Cant wait to make the flying base! 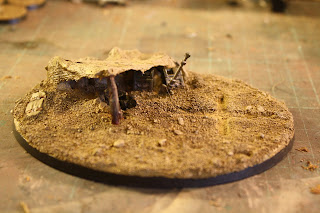 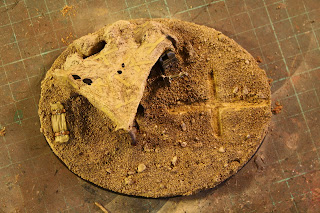 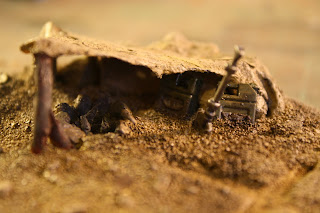 I did want to do some heat distortion on the barrels of the lascannons, but i got a bit bored and went with a scorched effect instead. On the next Vendetta I'll definitely take the time to do that. 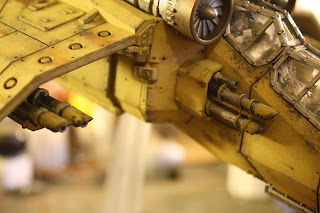 Well, onto the last squad now!  Then its vehicles all the way. Just have to rustle up the £300 needed to buy the remaining Valkeries, Vendettas, Sentinels and Vulture Gunships!
at September 09, 2010 4 comments: