Continuing with the Dropfleet theme this week we next have 2 Saragota Light Cruisers.
The red came out slightly darker than I would've liked so I'll be careful of that for the next ships I do. They'll be running with a Lima to try and pick out priority targets at range. ﻿ 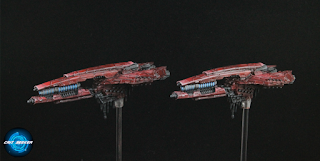 Went with blue for the spot colour to make it really stand out against the red. 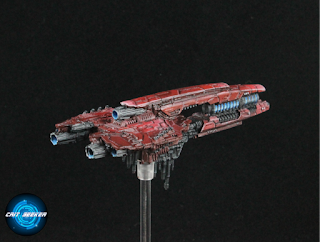 ﻿
A bit of a change of pace this week to show off my recently completed Johannesburg Battlecruiser!
Went with the same red scheme I tried out on my test model a few weeks ago which I still really enjoy. I don't think (looking at these pictures) that I went hard enough on the white highlights so i may go back and freshen them up at a later stage. ﻿
﻿ 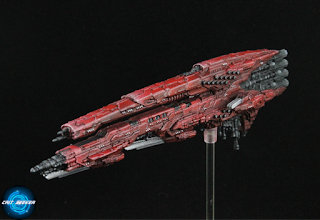 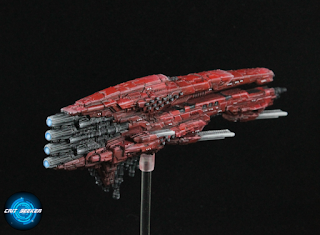 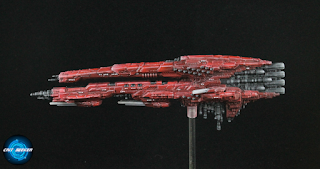 I've got a Dropfleet tournament at the end of April, Midlands Maelstrom  II, which i'll be attending so I'm ramping up the repainting schedule for my UCM. I have a few more ships to showcase as well which will be up here soon.

I have been keeping my eye on the news around Star Wars: Legion for some time now, and when release day finally rocked around you can bet I was there to grab my copy!

I've been a huge Star Wars fan since I was a kid (before it got 'big'!) I do play X-Wing occasionally, but seeing my favourite franchise immortalised in 28mm miniatures is the game system i've been waiting for! 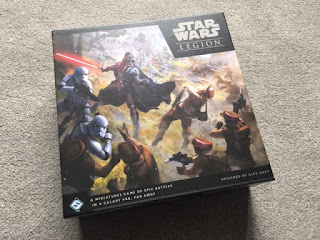 The look and feel of the components, and the game mechanic if the YouTube videos are anything to go by, are familiar in the style of Fantasy Flight Games. As an Infinity gamer also, the tokens especially appeal to me!

The contents are substantial with over 30 mini's and over 100 tokens, so it should keep me busy for a while. 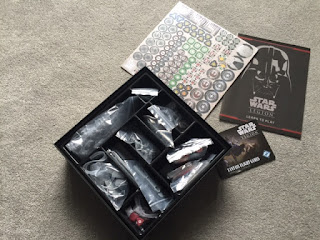 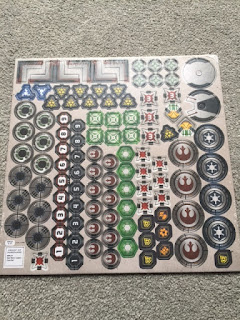 You get everything you need in the core set; dice bases and the familiar upgrade and unit cards (familiar if you play X-Wing!) 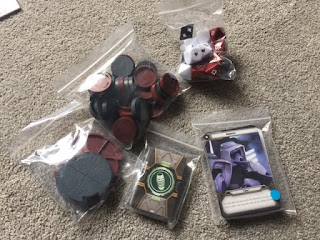 The models themselves are neatly packaged in two's which is nice as the arms wont get mixed up! 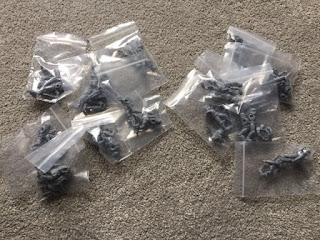 The quality of the models seems good, cast in plastic with nice crisp detail. 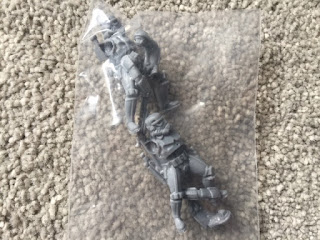 Also included are 2 speeder bikes for the Imperials and an AT-RT which don't appear to require much assembly. 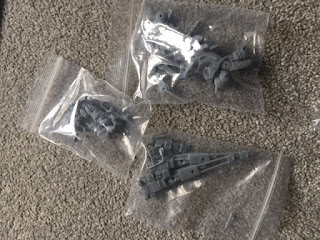 Finally there is a bag of barricades for terrain made of the same plastic as the minis. 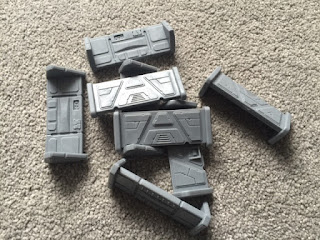 I'm pleased with what I've seen in the core set so far, and I'm sure i'll be busy assembling the models tonight!! I've had a quick flick through the rules and they seem simple enough - just need to rope Mrs GunGrave into a test game!

Pretty enthusiastic off the back of the completed Iguana, i cranked out another Alguacil! This guy will probably fill multiple roles in my lists over the coming months (and will actually be on the table tomorrow at Firestorm Games!) 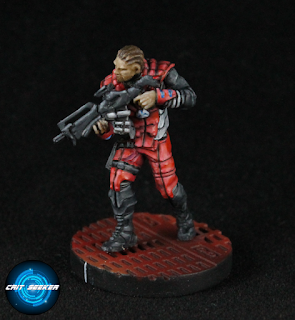 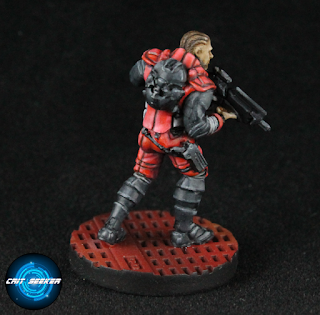