The capillary towers have been quietly multiplying over the past few weeks.... almost enough terrain for a 6x4 table now. There are still 2 large towers waiting to be painted. 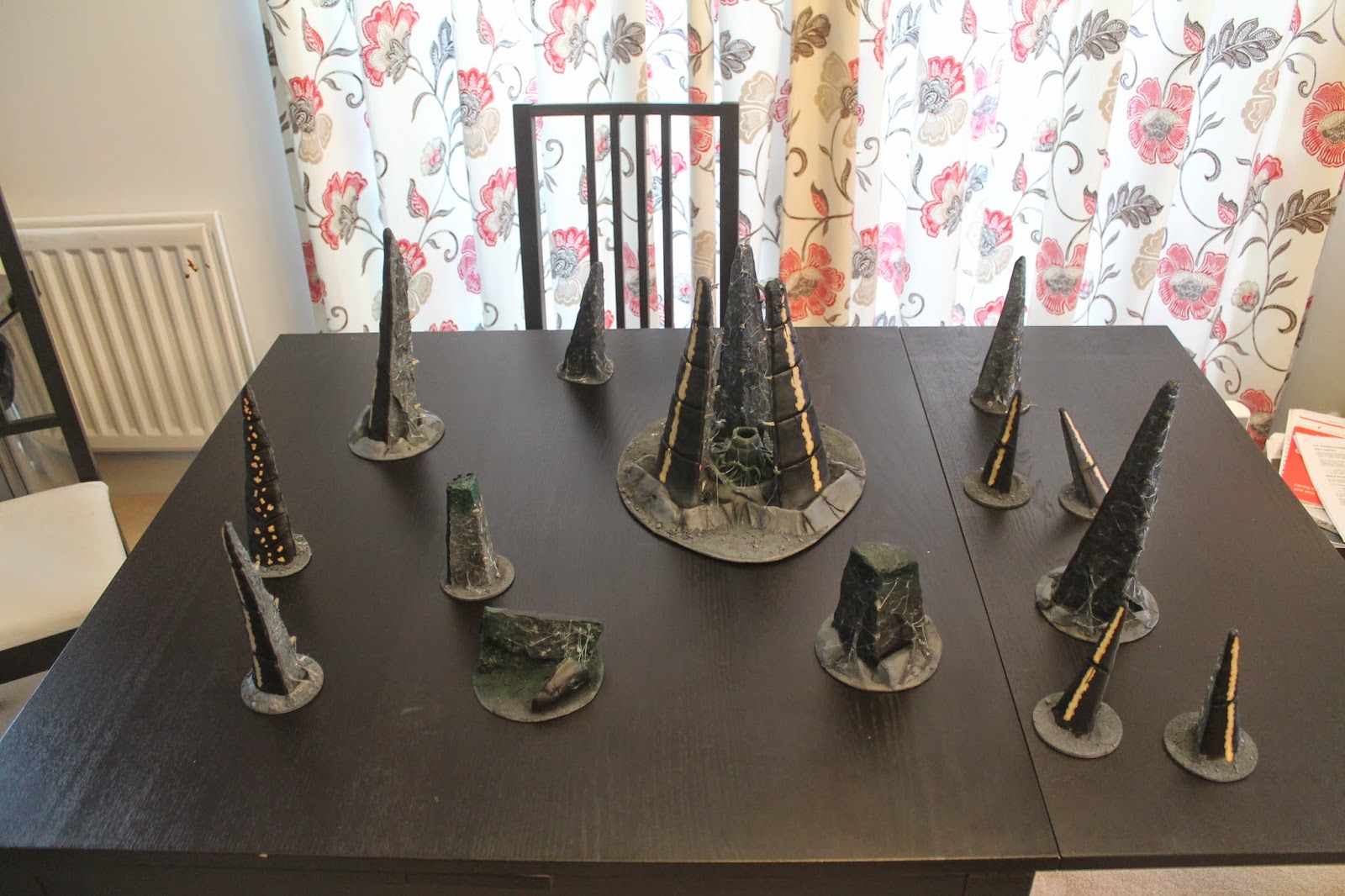 Some baby towers bulked up the numbers nicely! 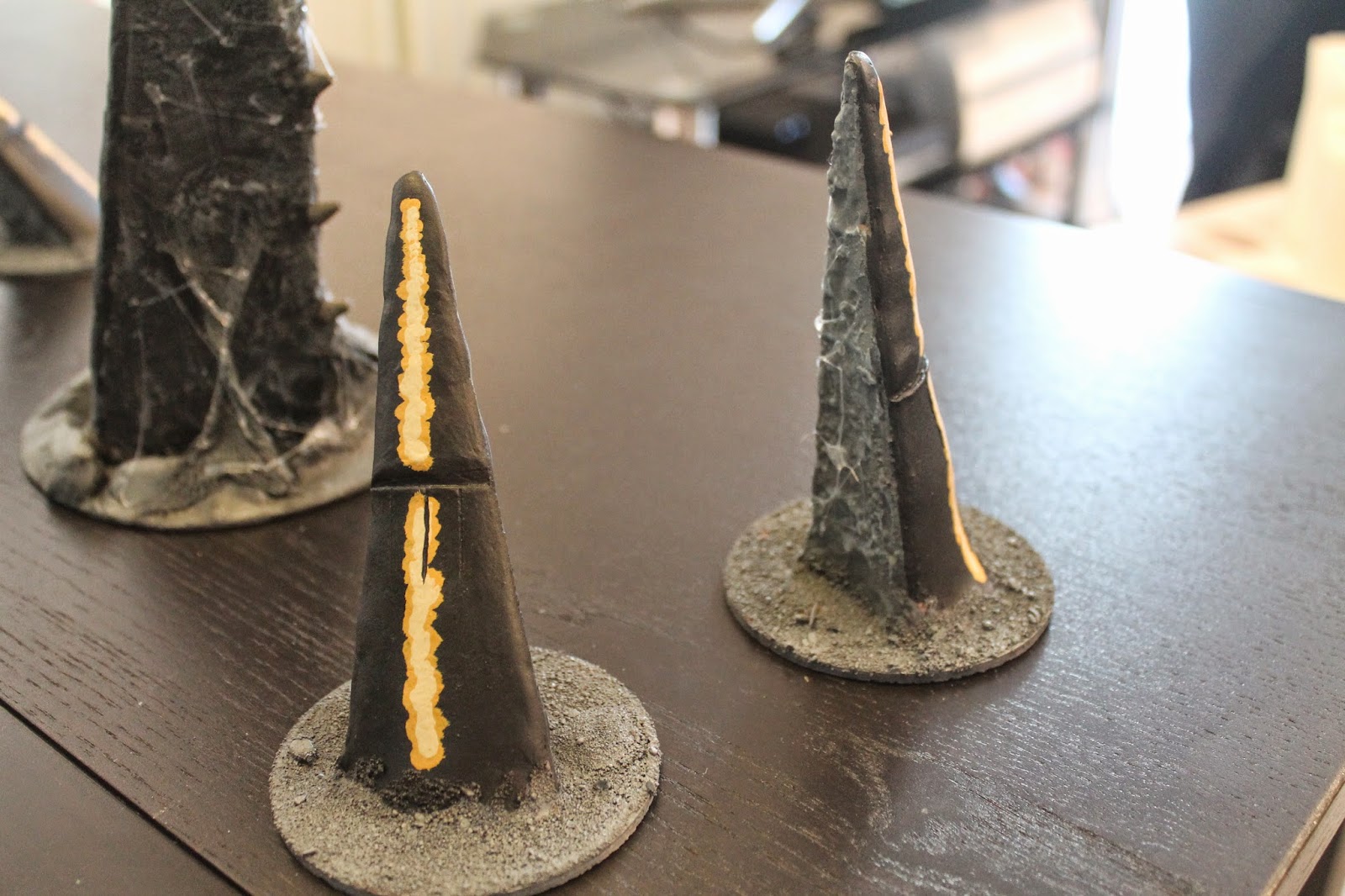 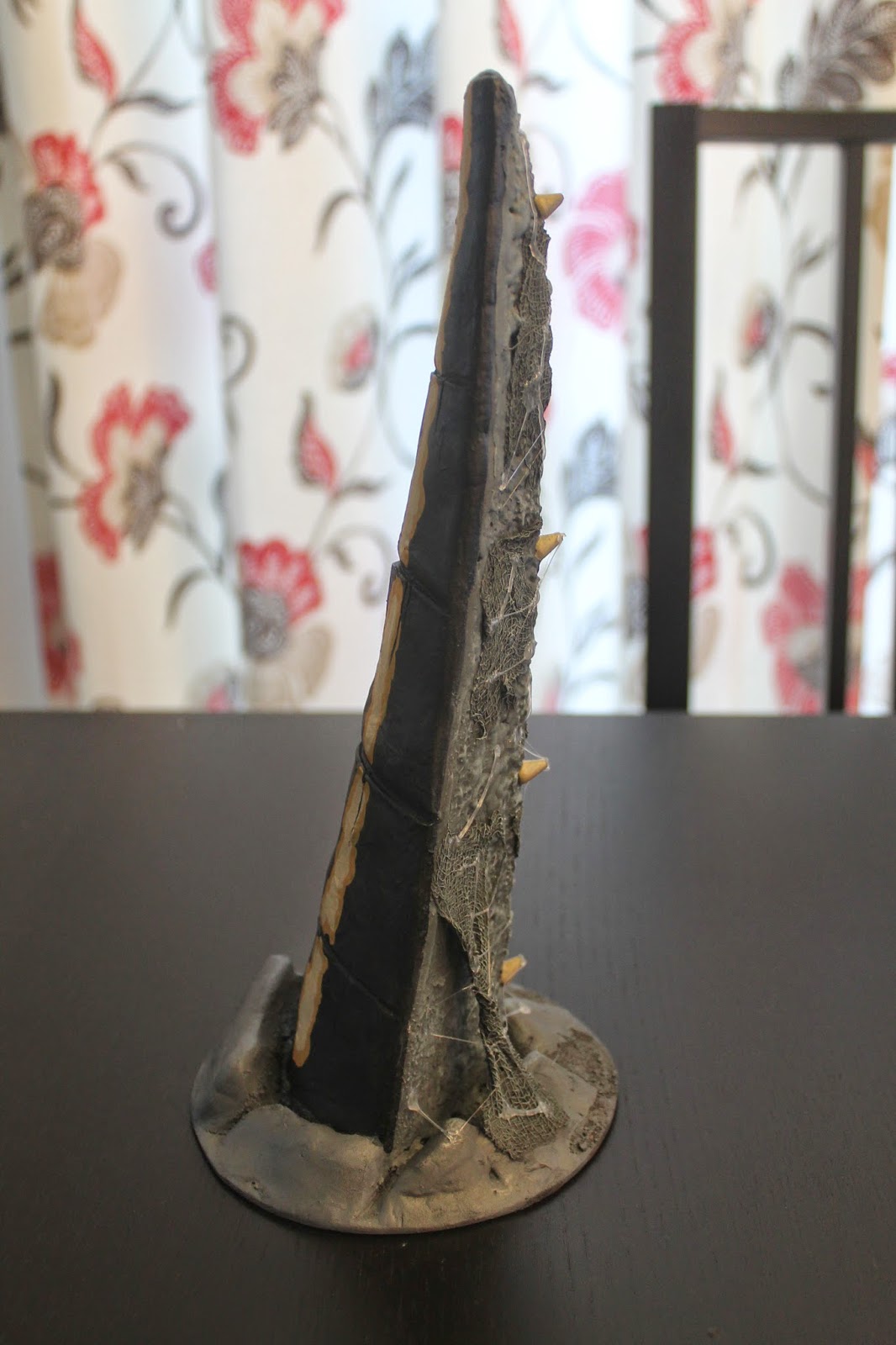 I really like the 'ruined' towers! The only reason these were made is because i broke the polystyrene by mistake! 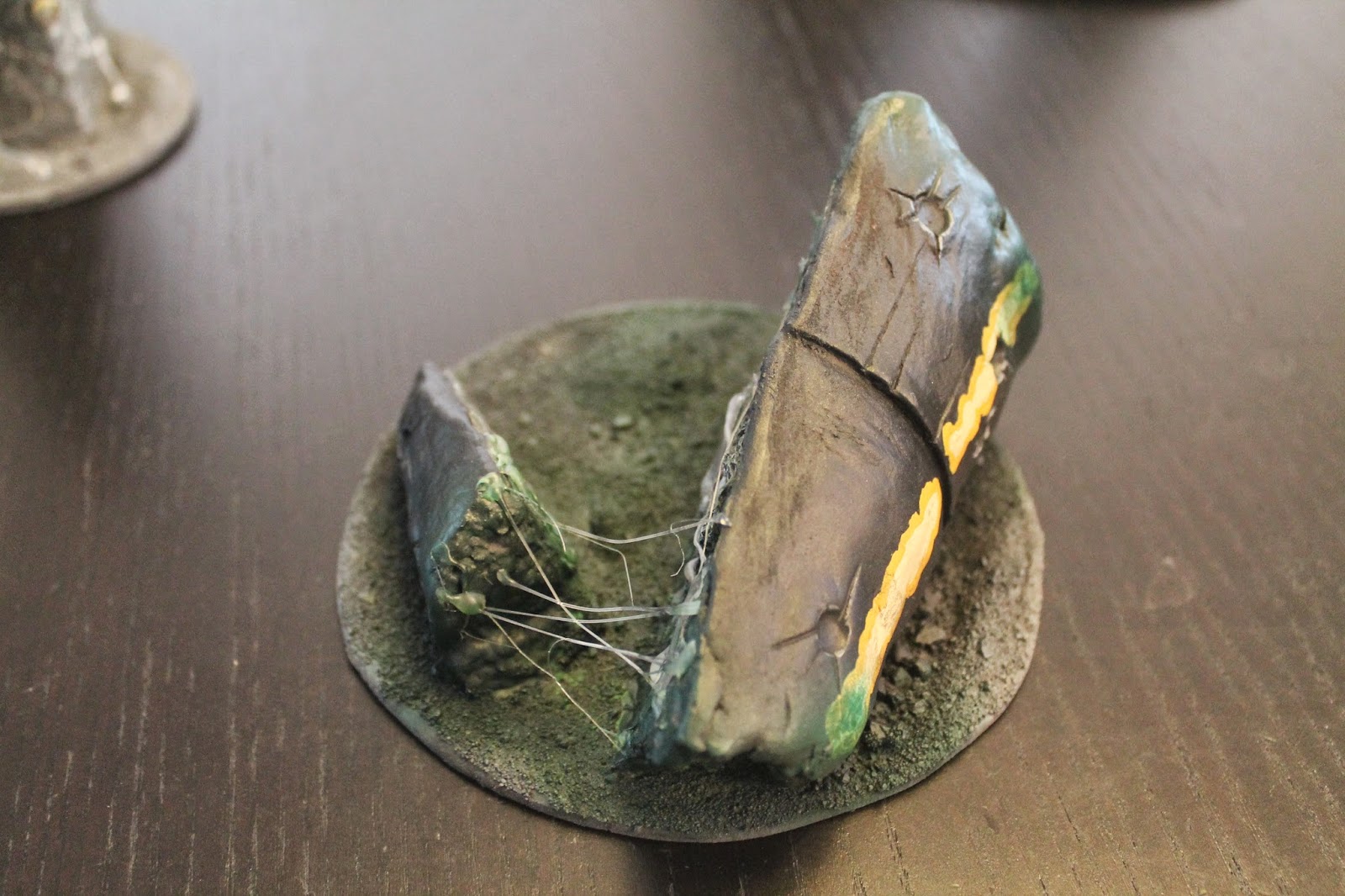 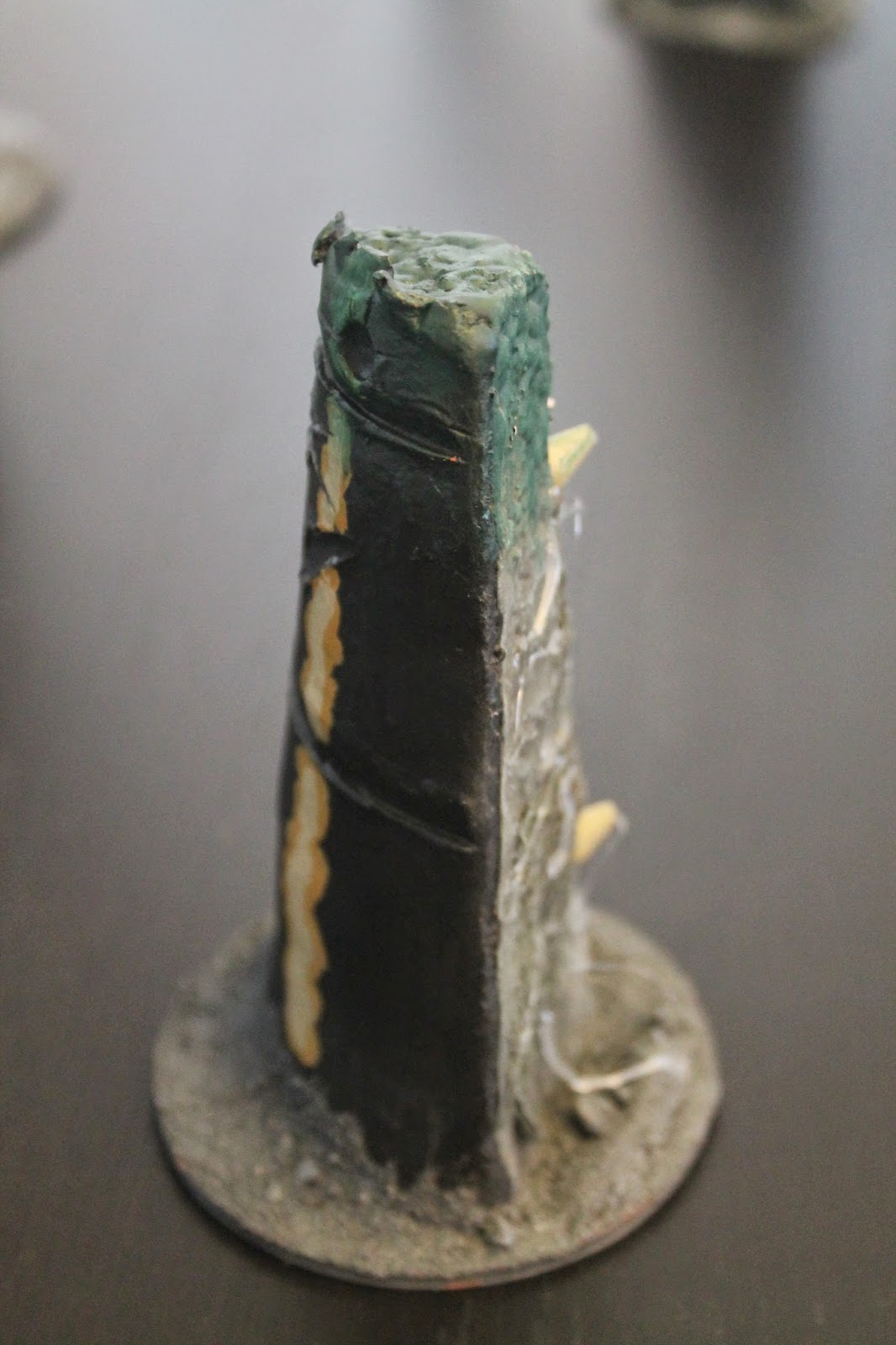 And of course, the Spore Chimney. One day i will do a second one of these, but with an Apocalypse game coming up at the end of May (of which i'm providing a great deal of terrain!) ill be focusing on other projects. Namely the recently neglected Imperator Bridge! 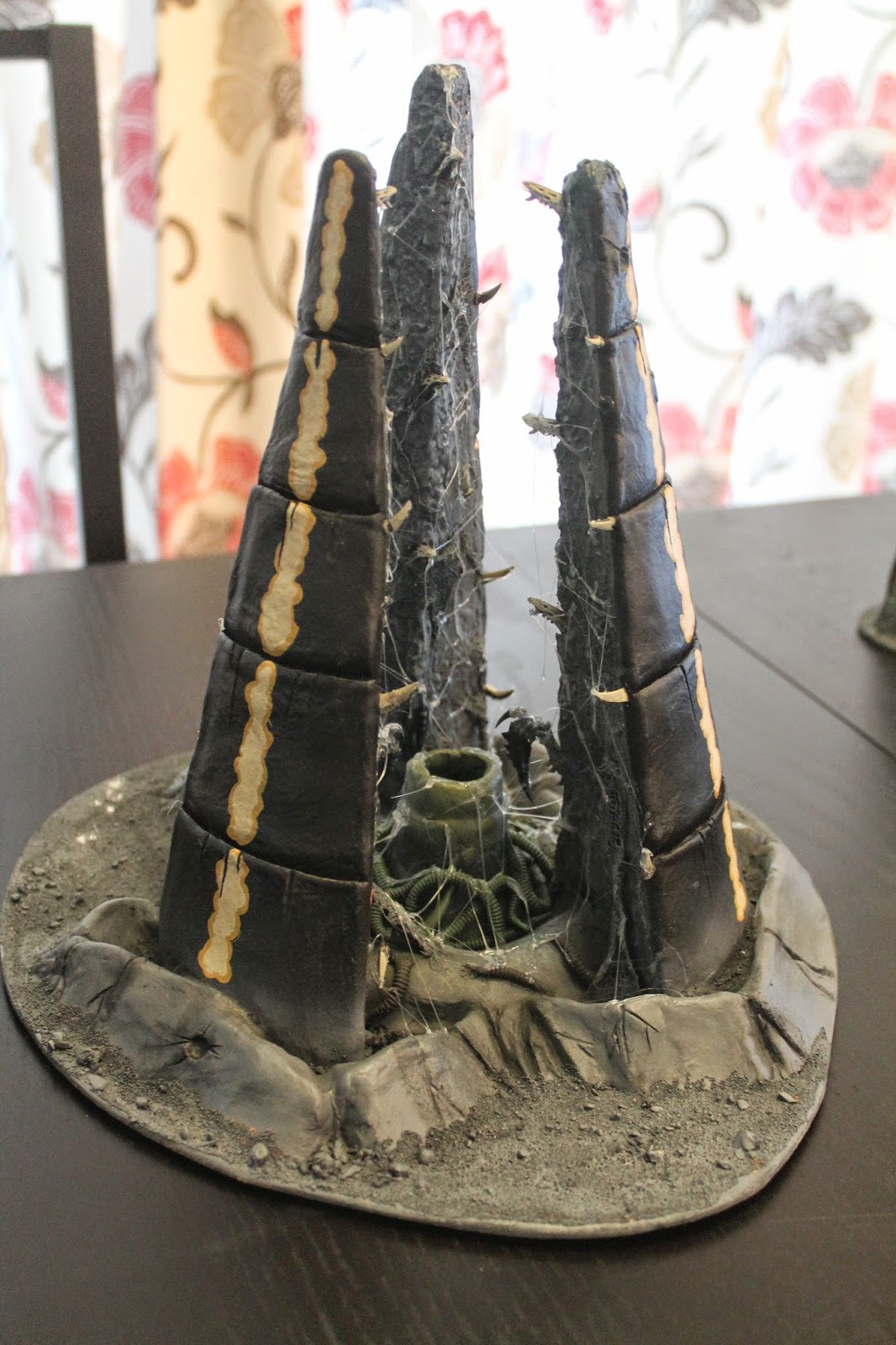 I also attended a small local doubles tournament in March (which we came unexpectedly 2nd!) at which the Towers got a look it. Here they are in (in)action! 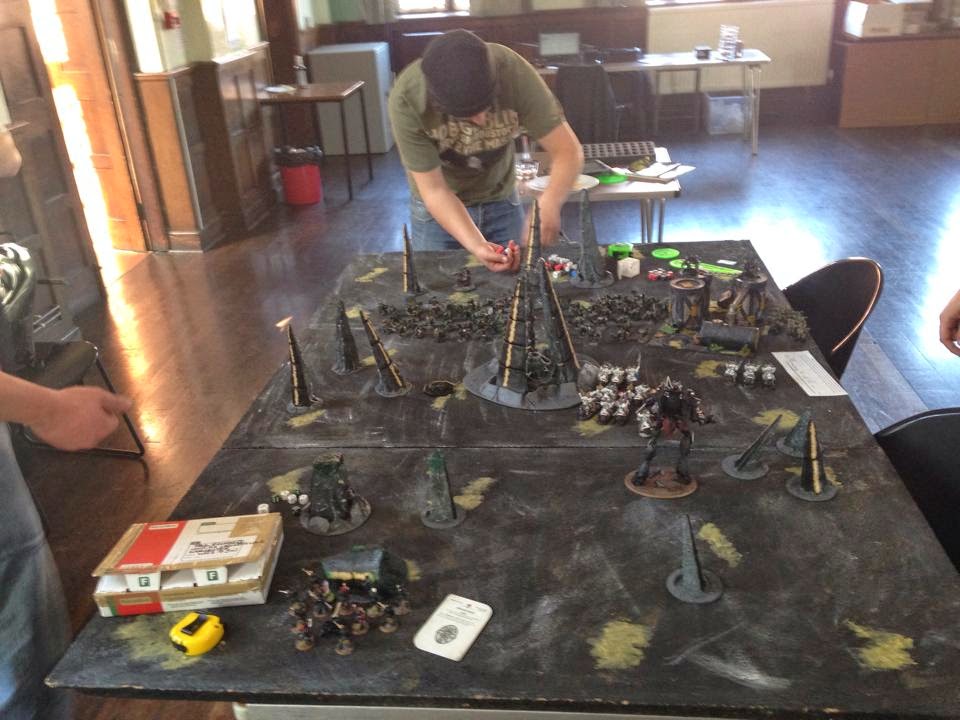 Its been a bit quiet on the blog lately. As usual though, the Forge has not been idol!

Like everyone else in the hobby world, I became absurdly excited with the news of the Imperial Knight release.  Naturally I ordered one from my FLGS (with a cool 10% off RRP), and assembled it immediately.

I made a small adjustment to the pose of the legs. I hated how it was so static (about the only thing i don't like about the model) so i went for a forward-striding pose. I wanted my Knights to match my Reaver from the Legio Astorum Titan Legion, so i replicated the scheme on the Knight. I haven't made a decision on the transfers i want to use yet, so i've left them off for now. That being said, it looks pretty smart without them!

I used the Eclipse symbol of the Legio Astorum for the shield decoration. Its a little wobbly, but it was my first attempt! I lavished the usual amount of time on the base, going for a generic urban theme. 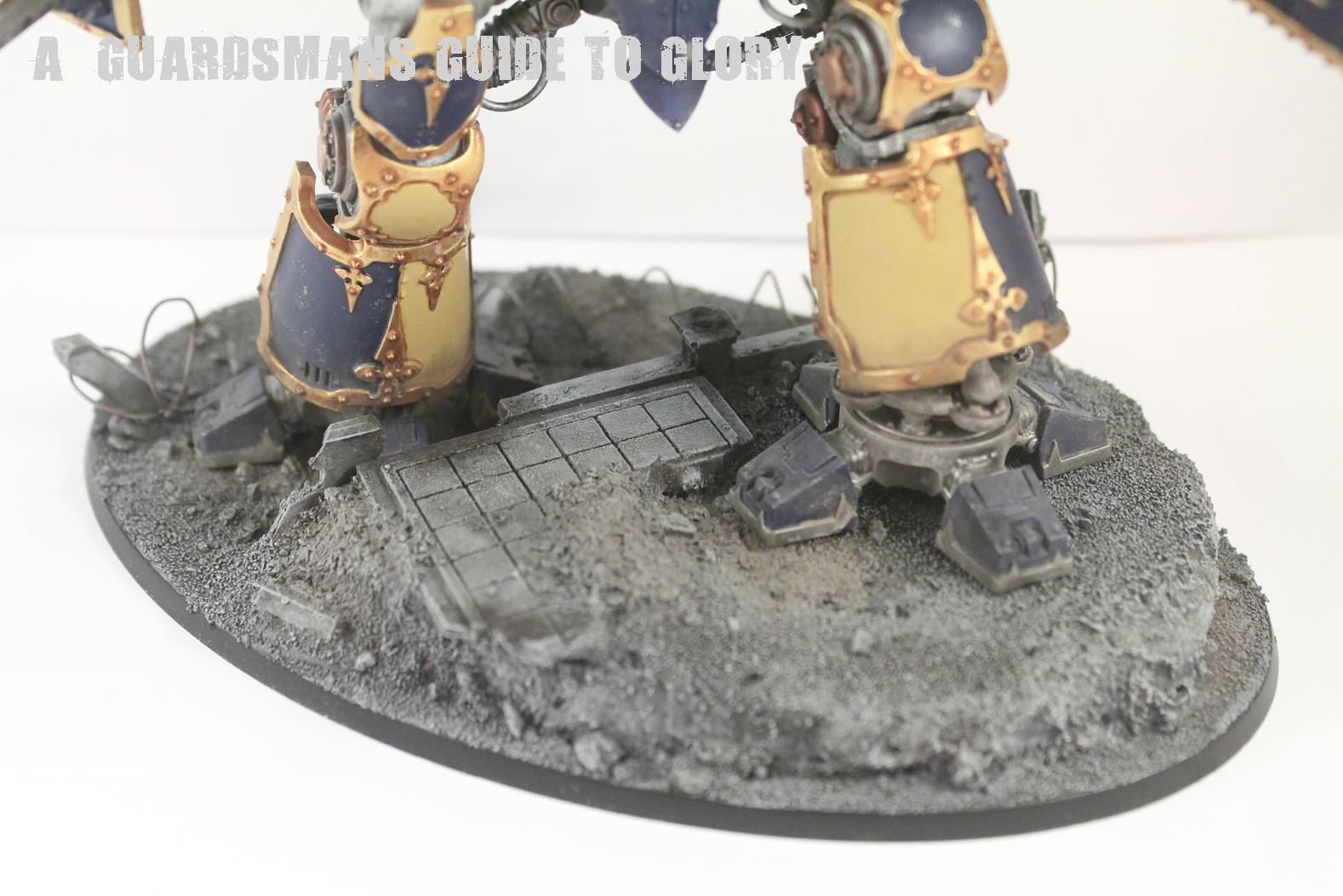 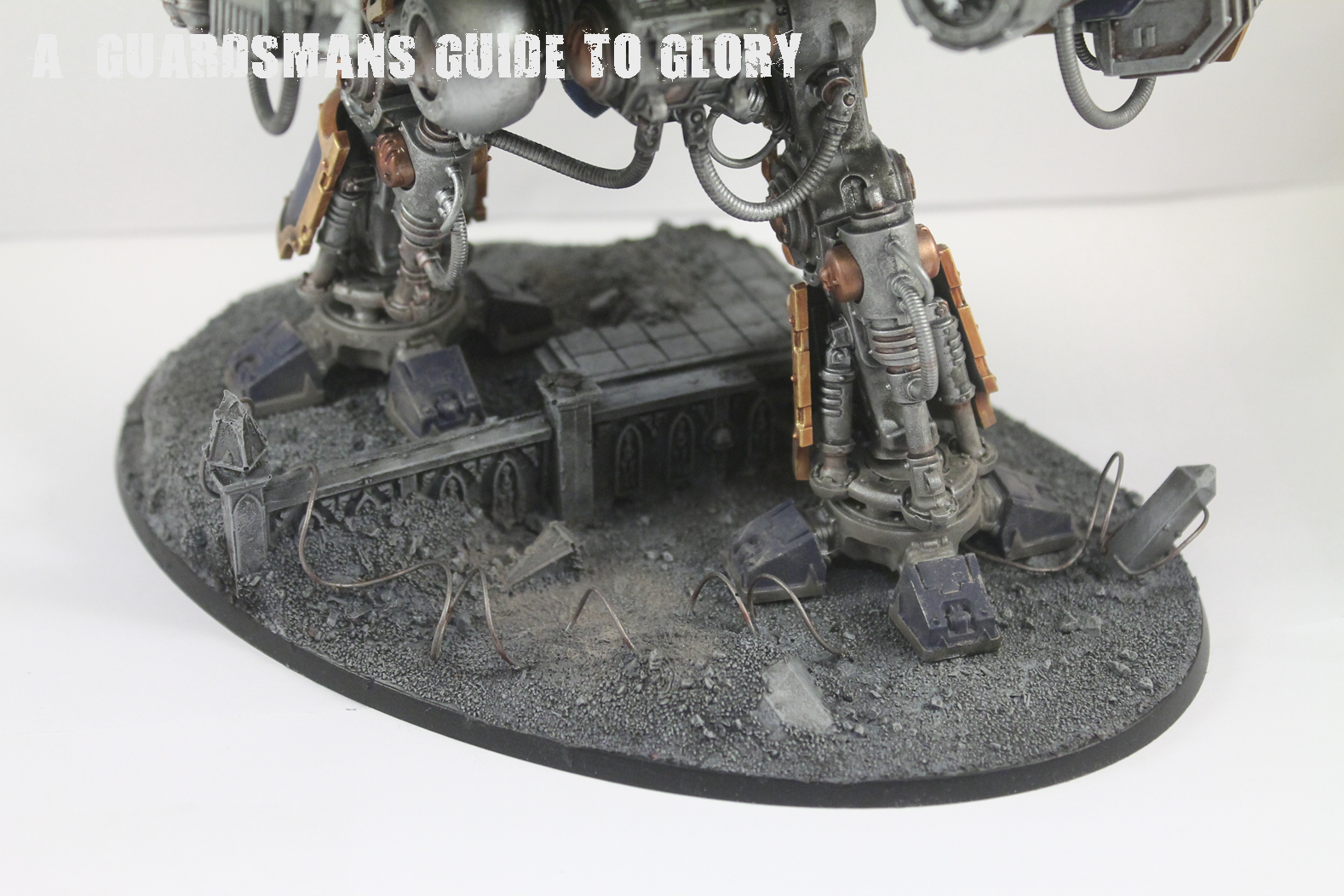 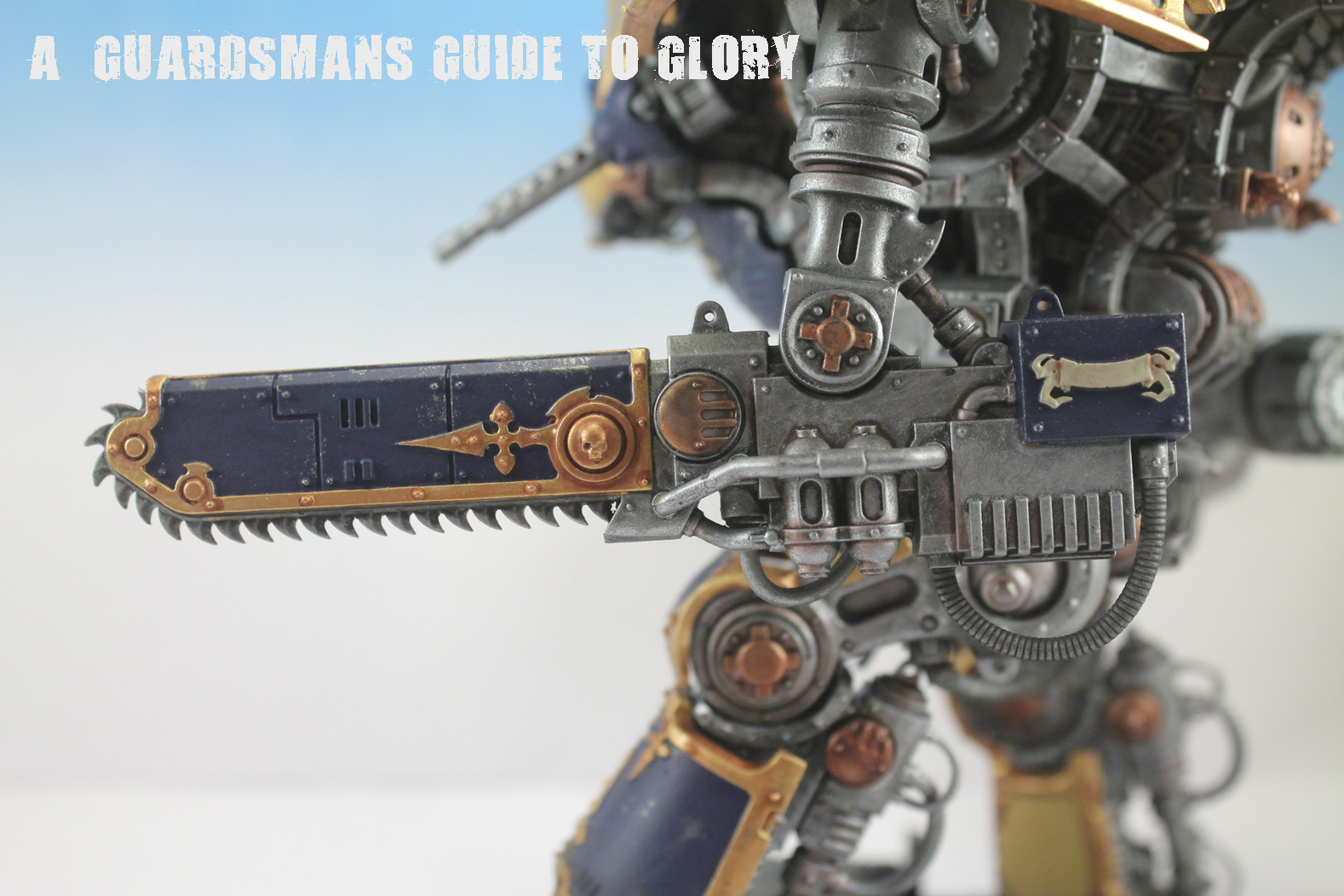 Battlecannon. Finished off with some weathering powers. The working parts at the rear were kept simple, with a splash of bronze. Some weathering was applied to the top of the carapace to break up the blue. Naturally i magnetised the arms: 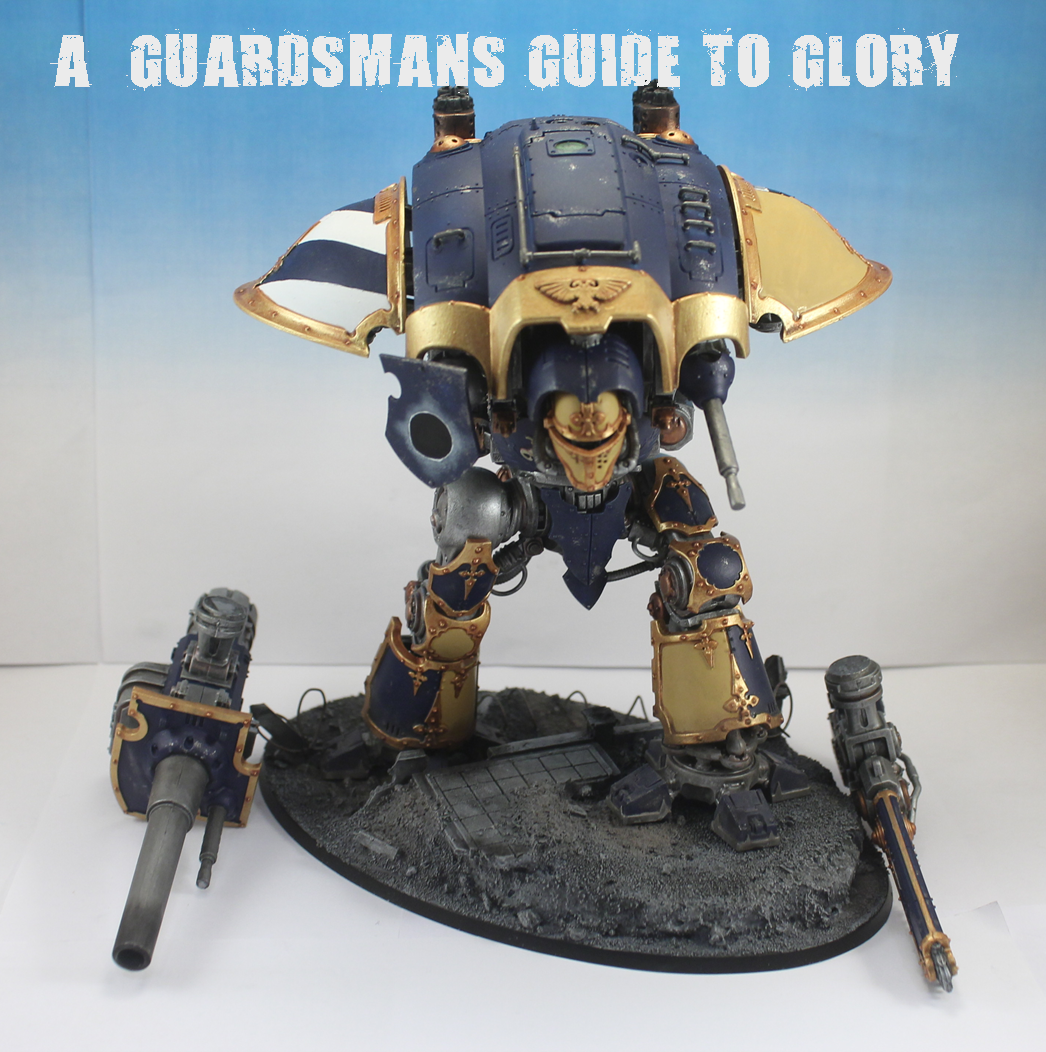 Most I've seen magnetised at the front of the weapons housing. Reason i did this was because if Forgeworld release any weapons options (which they're sure to do) then its more likely that they'll be sold as a whole arm. Well, that's what I'm hoping!