Well its finally time, finally time to get Old Morty painted! I've had this beast a while now, and its one of those models that i needed to pluck up the courage to paint! Stupid i know, but he's a great model, and i didnt want to paint him off the back of a 'cold start', where i hadn't been painting for a bit. 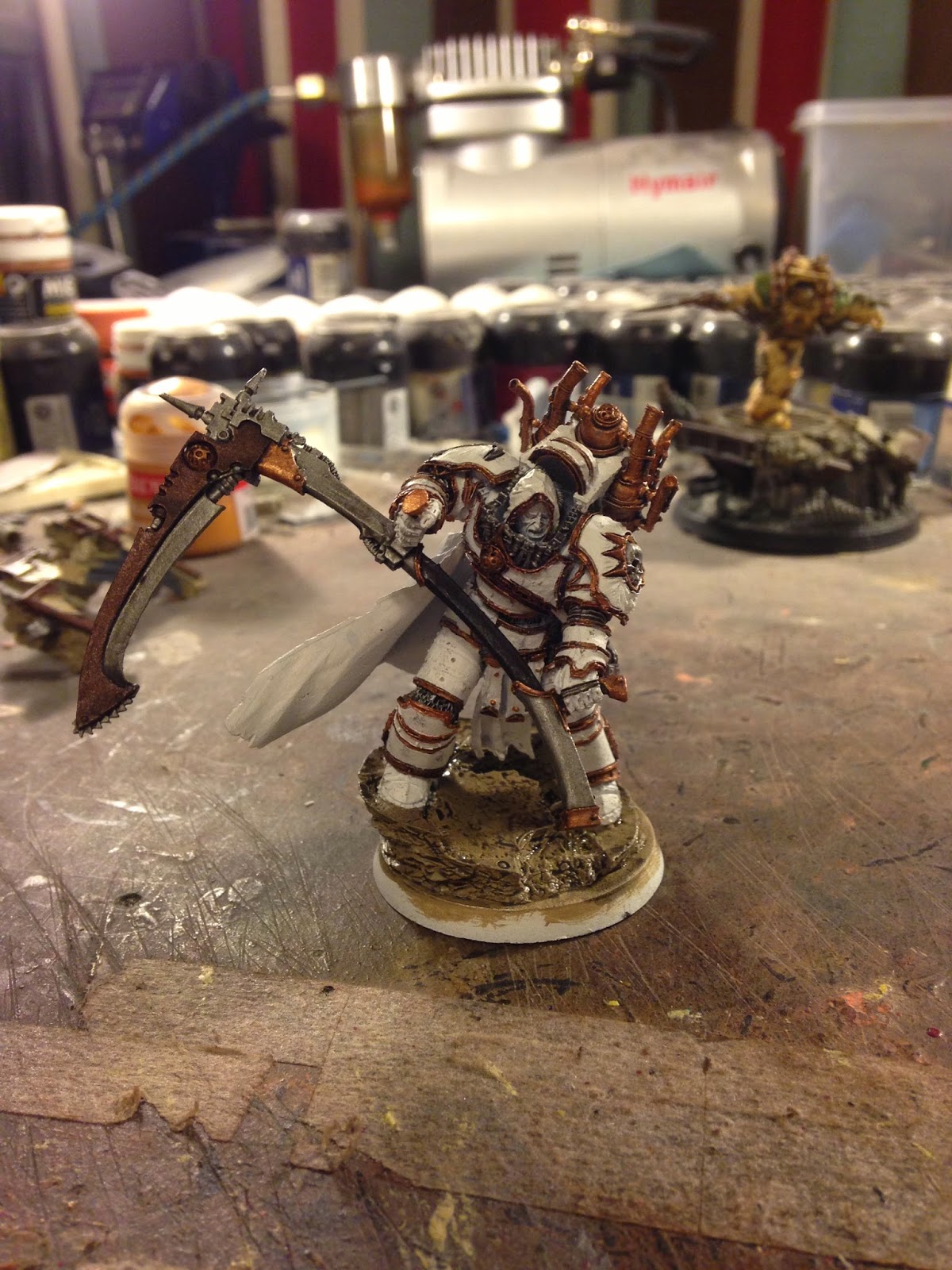 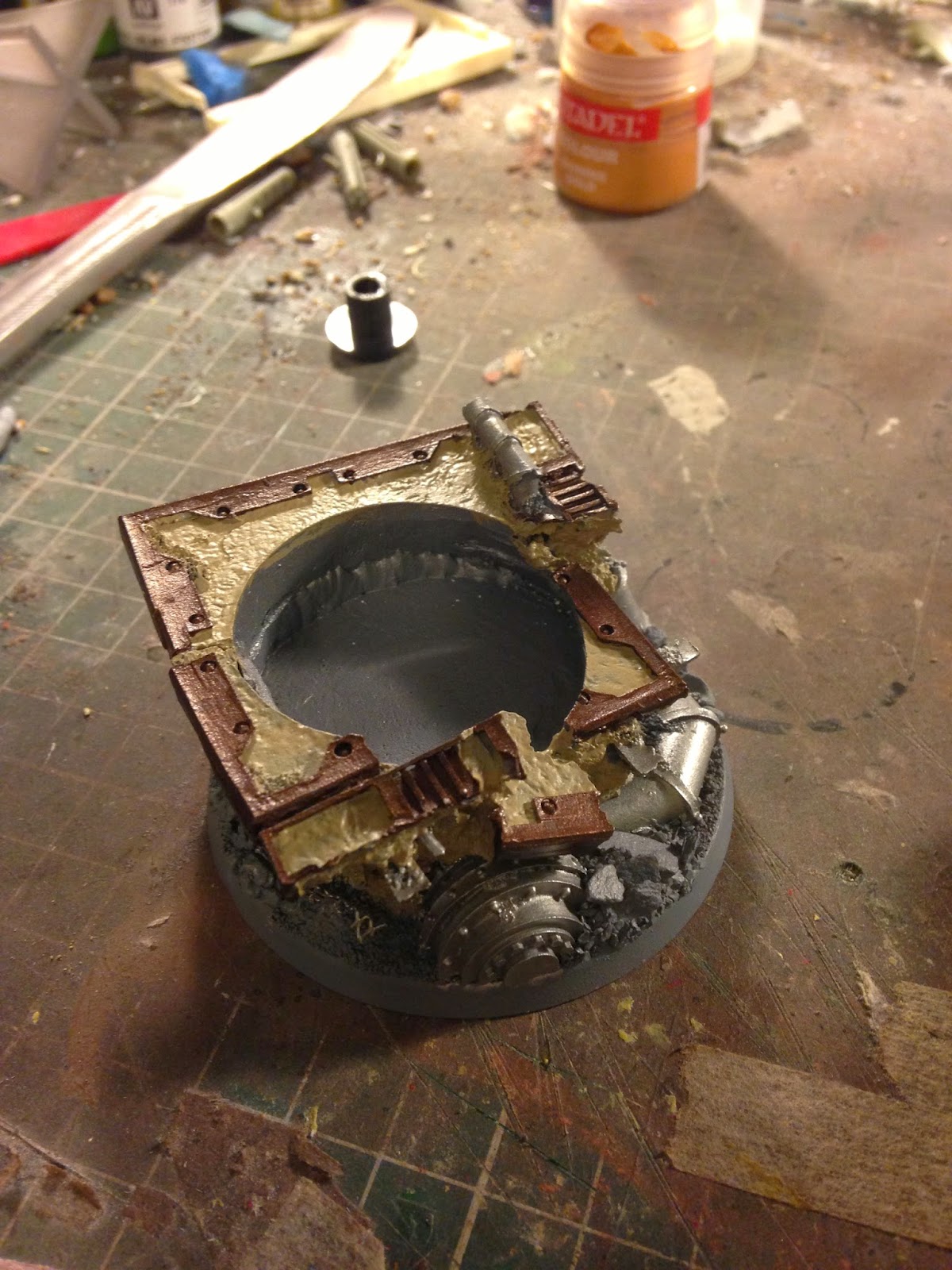 Post ''bone wash'. I always like this stage, as its about now that the model really starts to look good! 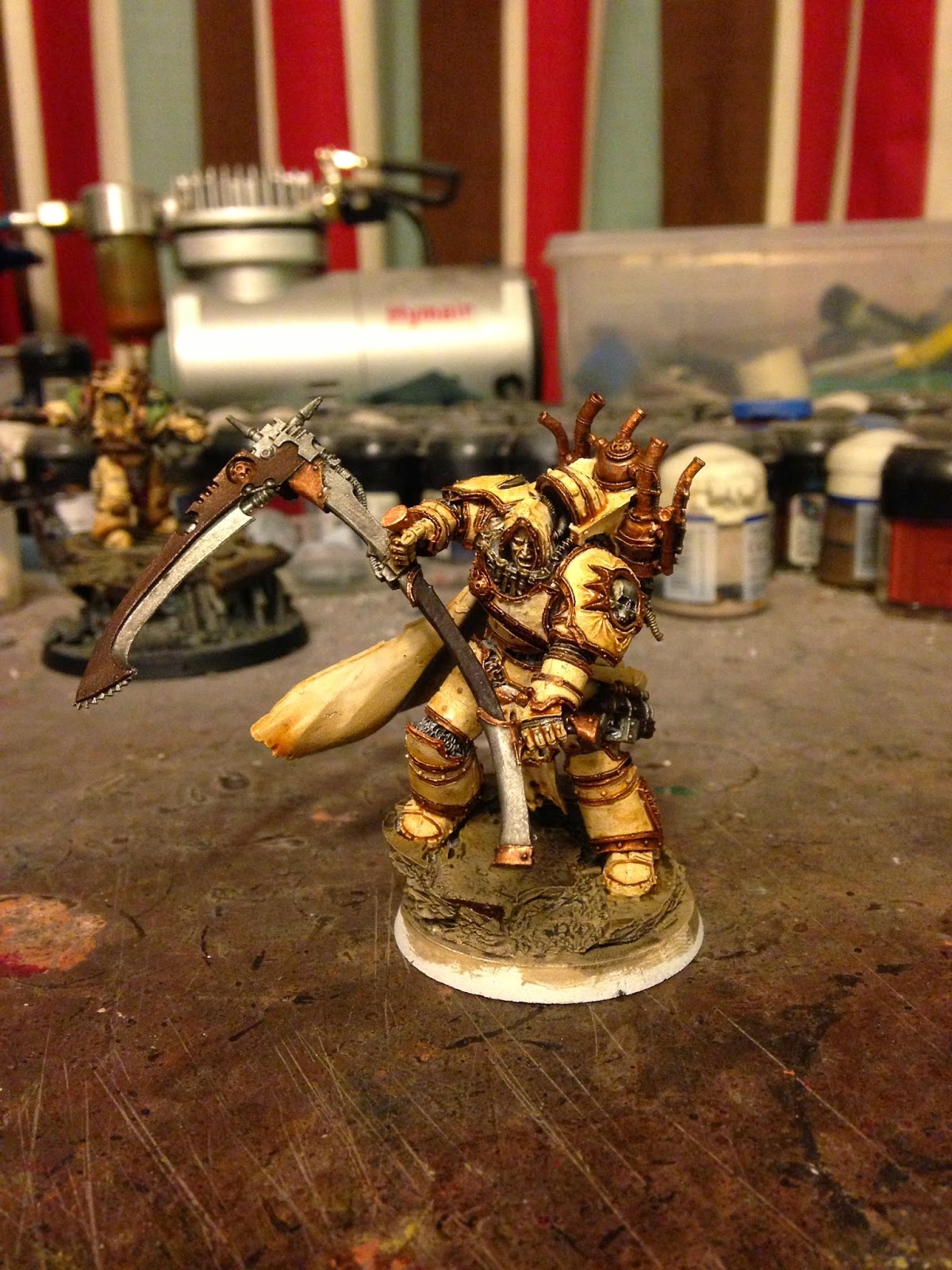 Second application of base colours and highlights: 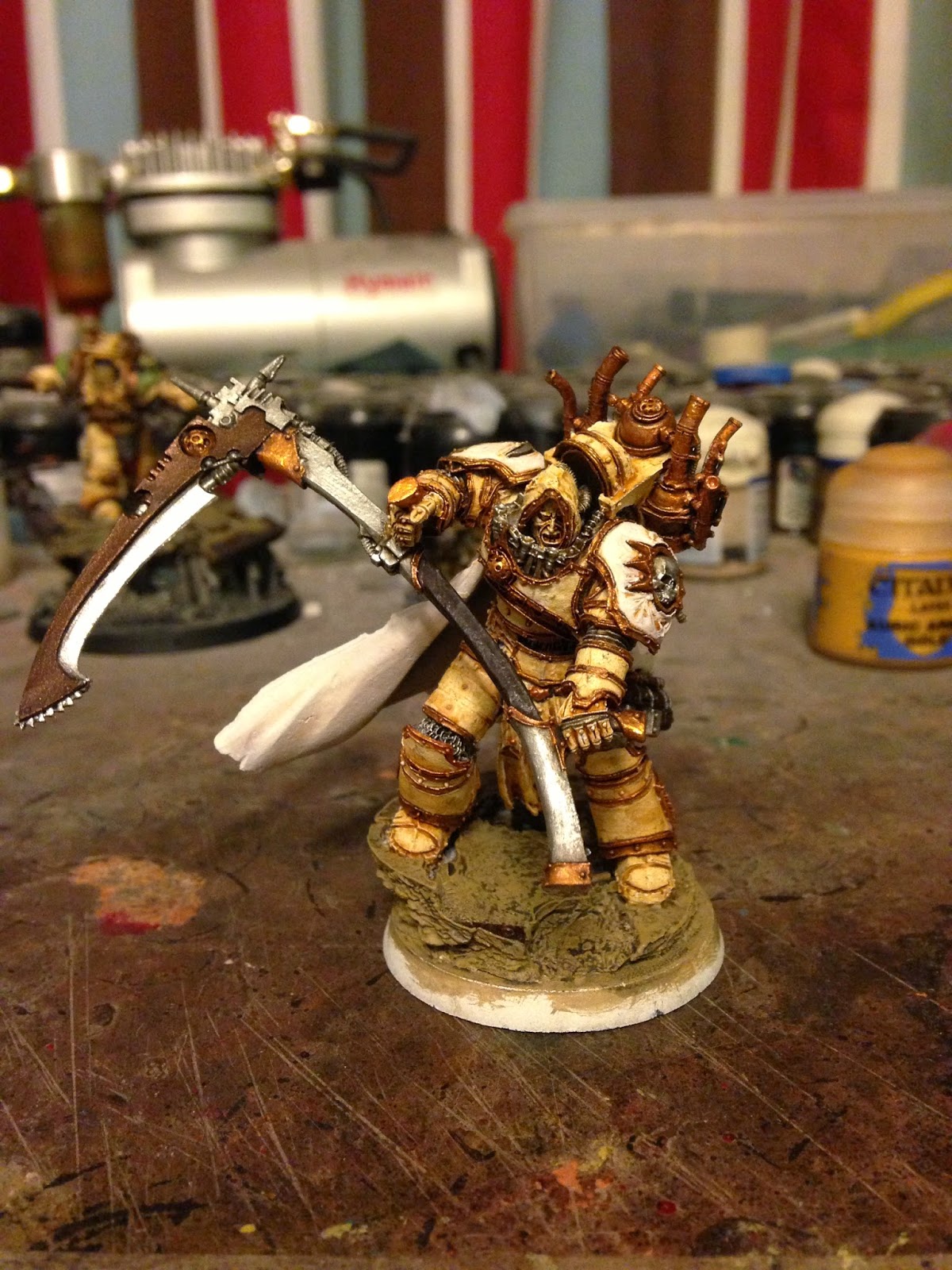 The white was a pain to get right, but after painstakingly building it up with layers of wet blending, i got the effect i was after. 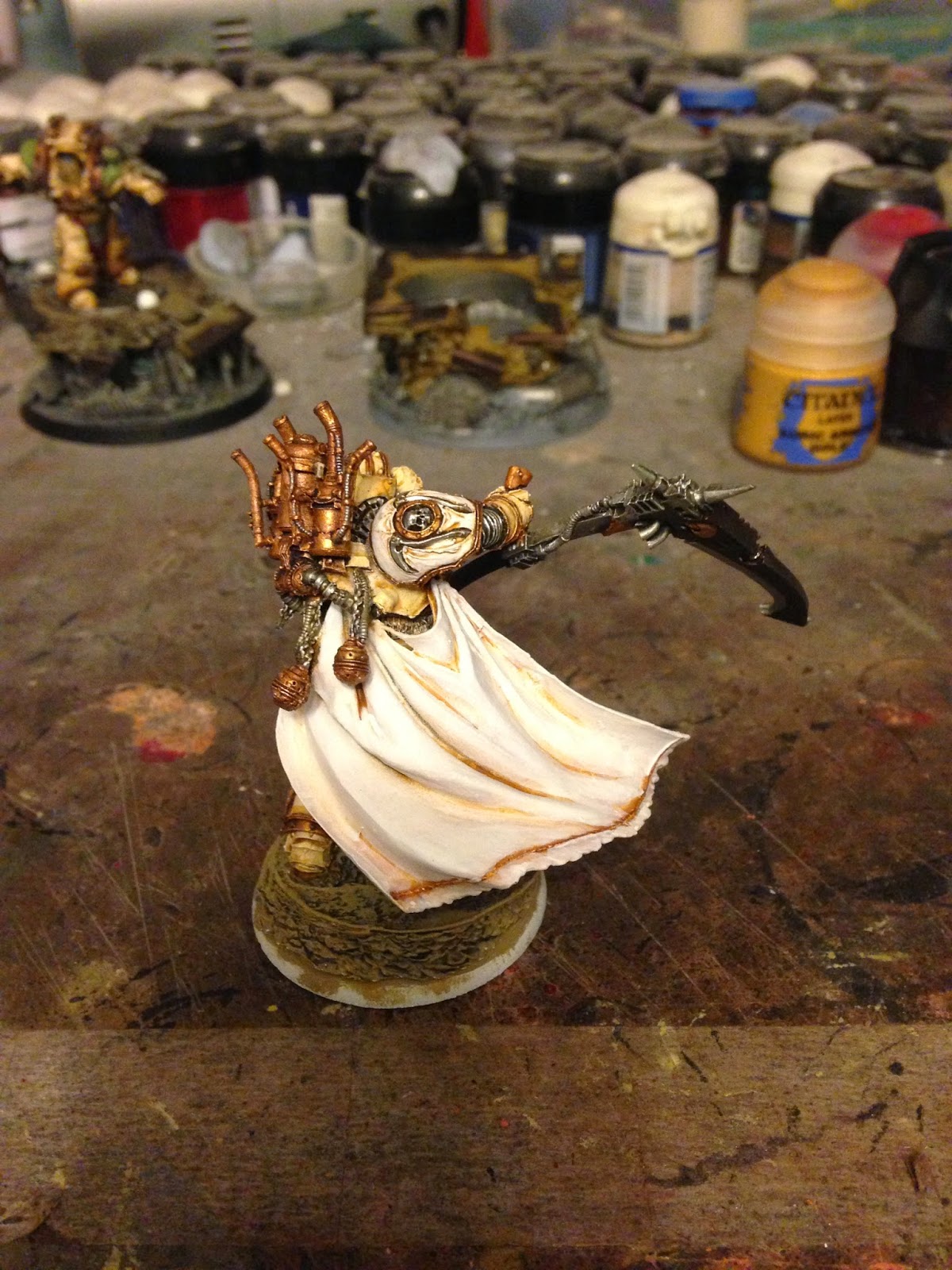 He's nearly there now, just a few more finishing touches for him and the base, and the Death guard will finally have their Gene Sire to lead them!

30K Mechanicum armies certainly bring the pain when it come to firepower! However, they do suffer from a real lack of SkyFire. They're only serious skyfire option is Thallax Cohorts with the Icarian upgrade which gives them Skyfire when stationary. Not bad, but it costs, and it moves them around the FoC (Heavy Support for Icarian I think) which is a problem for me.

So whats the solution? Well, fight fire with fire and bring your own flyers! For me this will be a trio of Avenger Strike Fighters.

A lot of people will prefer to go with the Lightning for this role, but for me they're better suited for tank hunting and anti infantry roles with they're ridiculous amount of weapon options. All i wanted was simple, reliable mid-high strength weaponry that would be effective against flimsy flyer armour. An Avenger Bolt Cannon, twin linked Lascannons and missile launchers will provide exactly that.

Its also a great model! 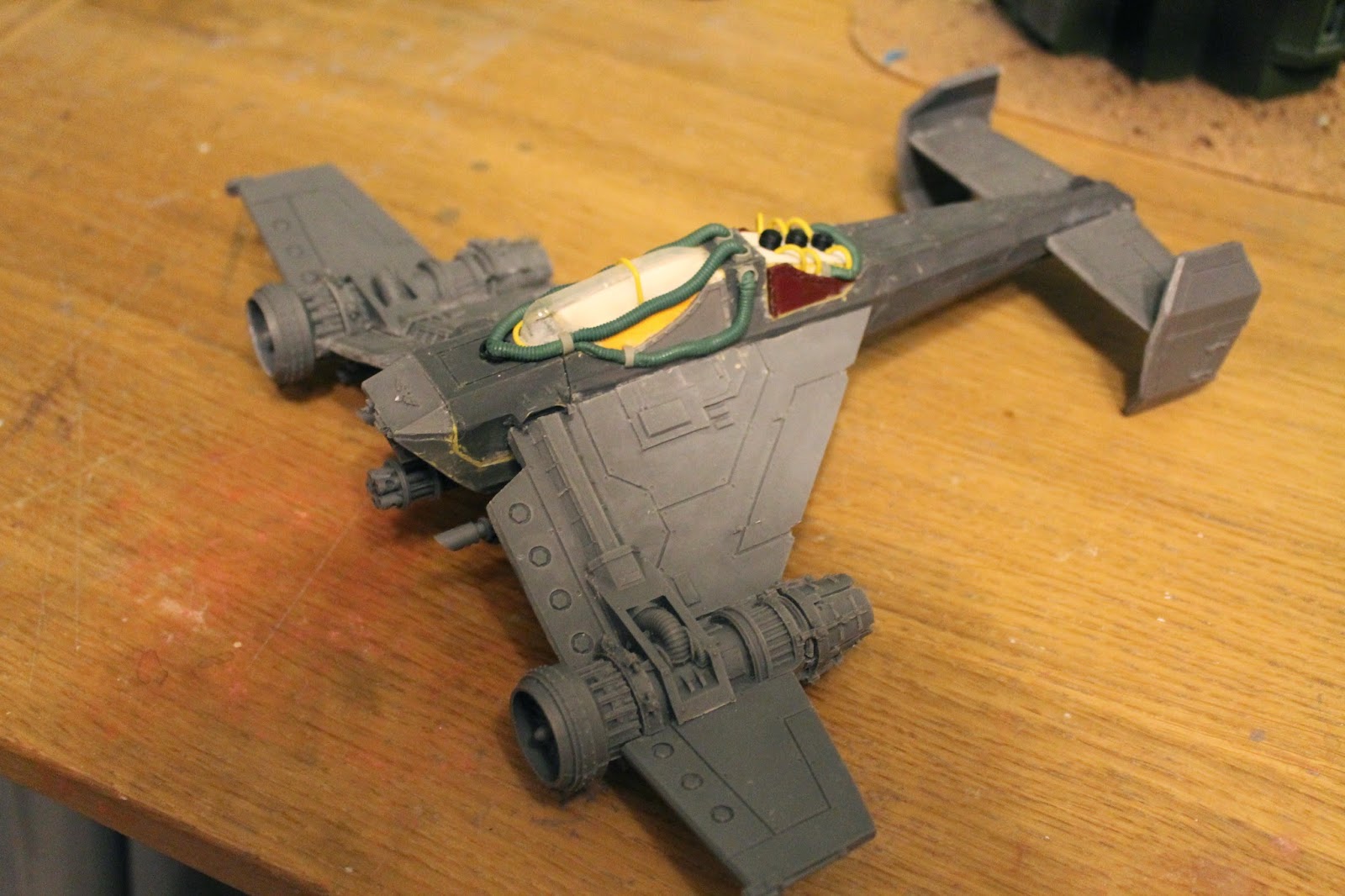 As you''ve probably noticed I've made a few modifications to try and make it look more 'Mechanicumy'. Please excuse the finger, glue and putty marks that cake the thing at the moment, i did go through quite a few ideas with this one!

I completely boxed out the cock-pits with card and replaced them with a new canopy. The clear canopy section is a 1/72 scale airfix aircraft canopy from eBay. Got a mixed pack of 5 for about £5. The reason for this is to try and get a visual link between the Avenger and the rest of the Mechanicm force. 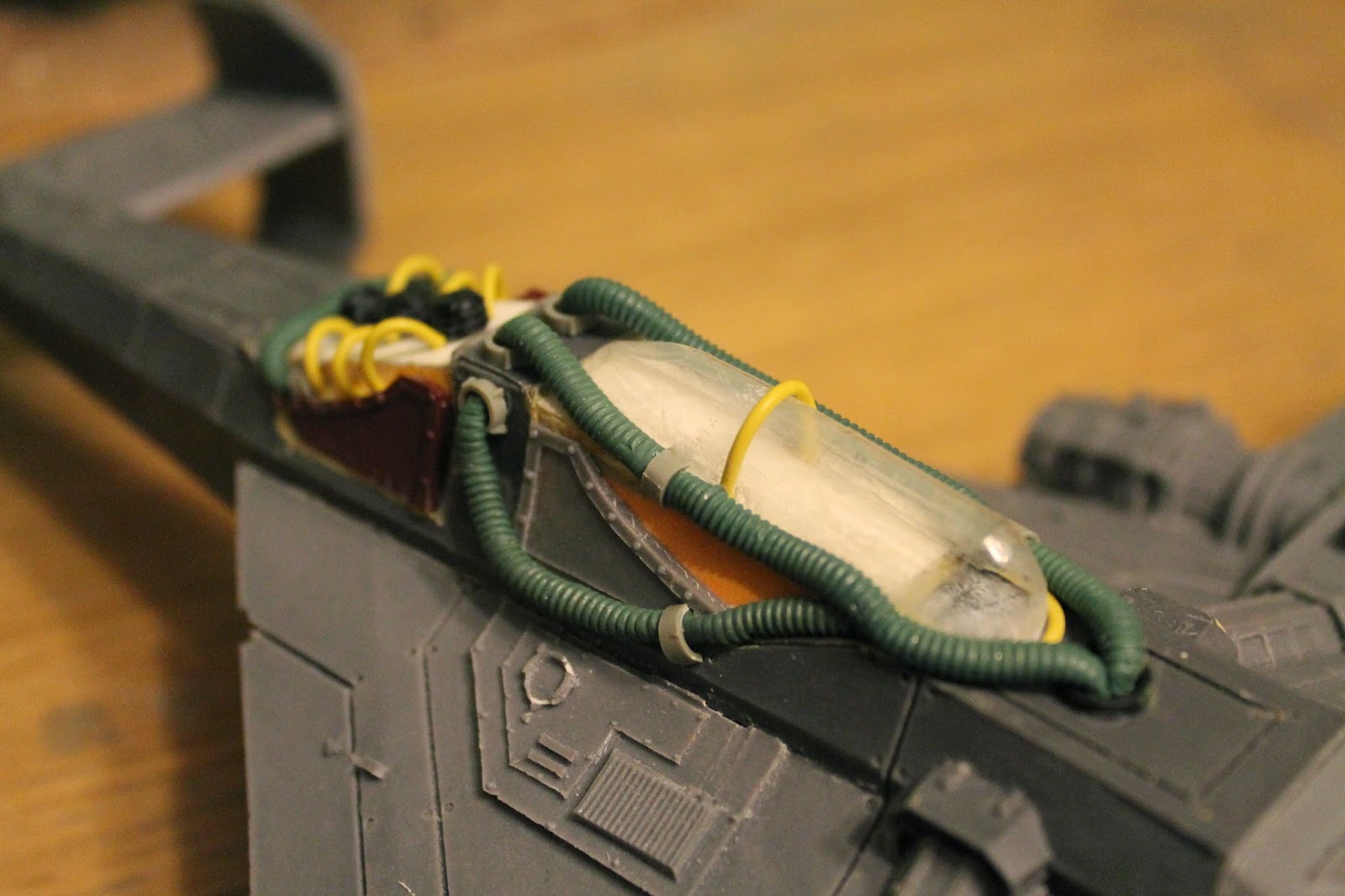 I added a load of green stuff cabling, again to mech it up a bit. Truth be told, it also helps cover imperfections with the build!!

I used 'Green Stuff World's' tentacle maker, which i highly recommend. As far as tentacle makers go, its not reinventing the wheel, but the small touches like the removable roller guide on the side and 3 size options clinched it for me. Low cost at £12 as well. Find their store on eBay. 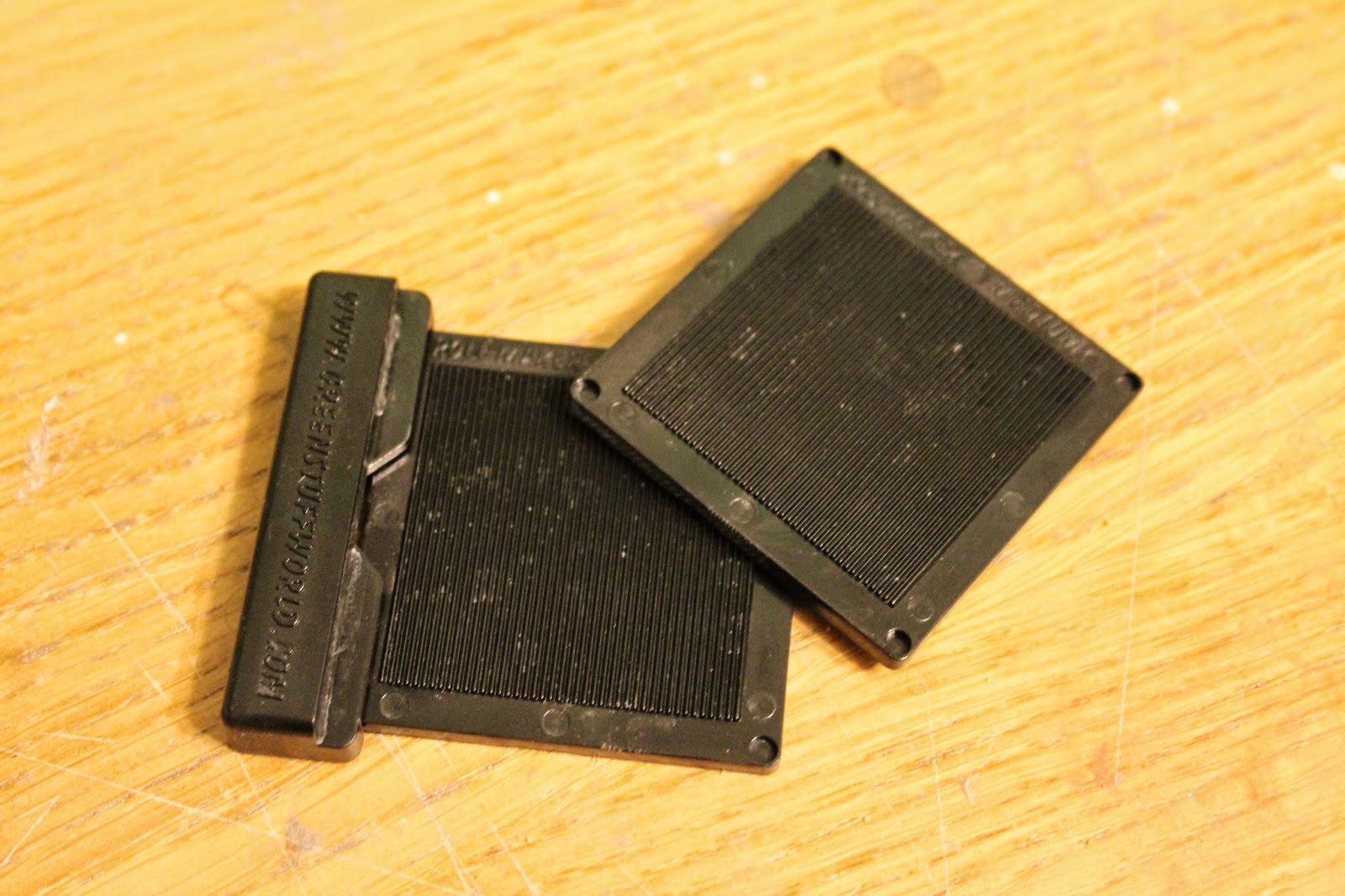 The rear cockpit presented me with e few issues, as i couldn't really decide to replicate the front cockpit, or do something completely different. As the Mechanicum are somewhat different themselves, i opted for the latter! A few cables, generator coils and armour plating did the trick. 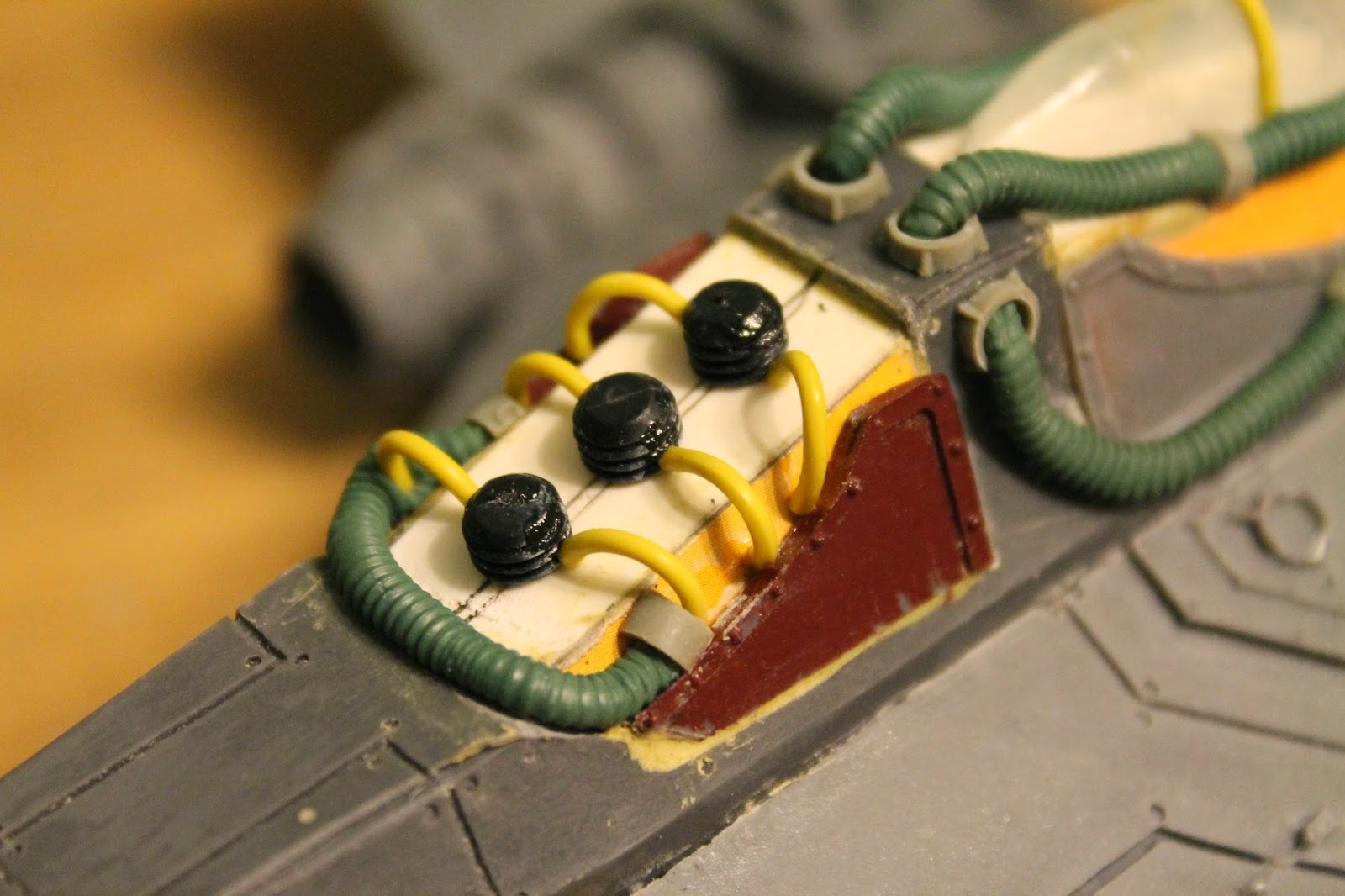 The cabling connections/brackets were made by cutting off the tip of a raw plug. This was a bit of a eureka moment for me, as i was really struggling with modelling this part of the build. 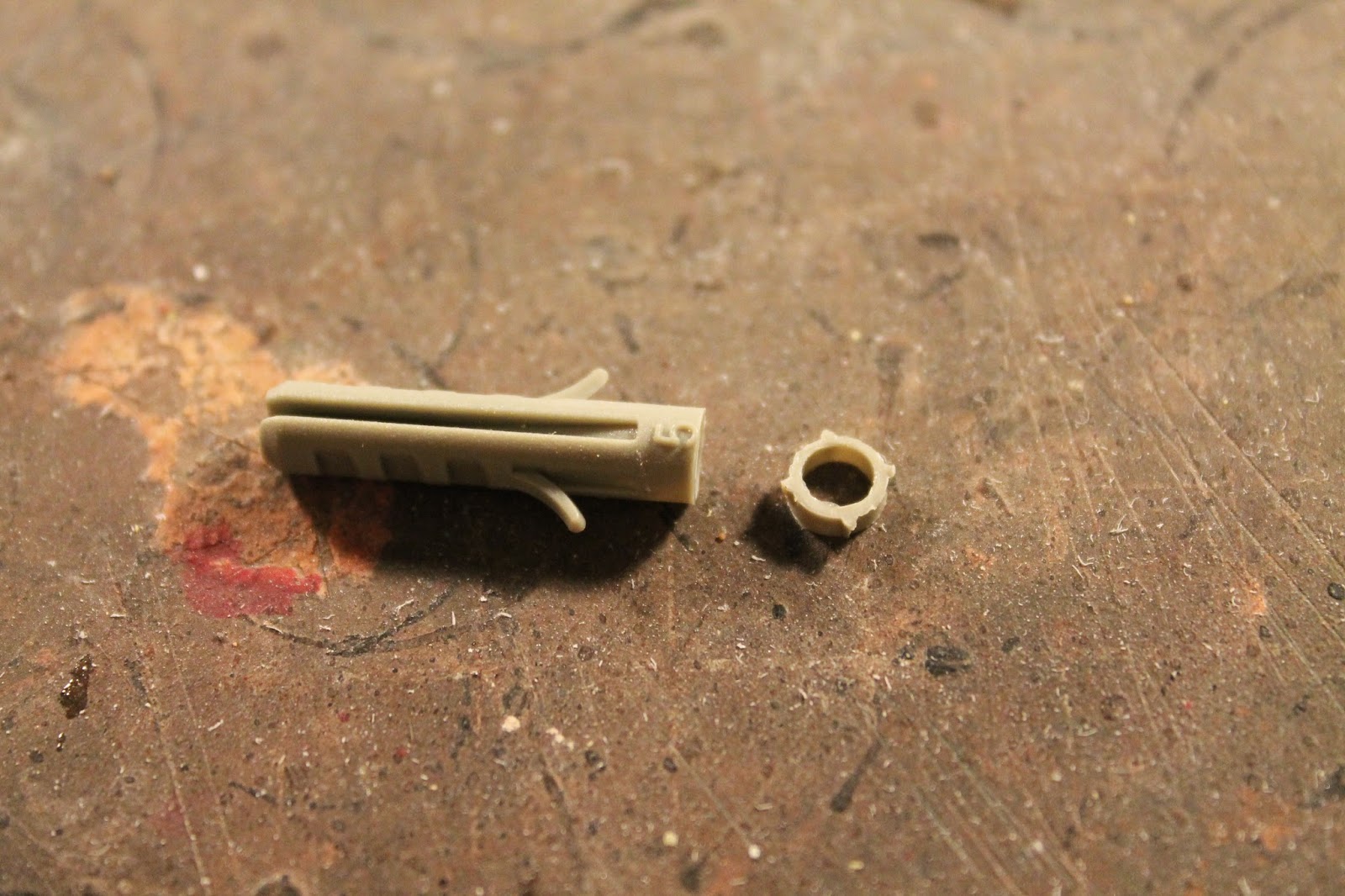 The generator coils were made in the same way by cutting off the tip of a plastic screw. 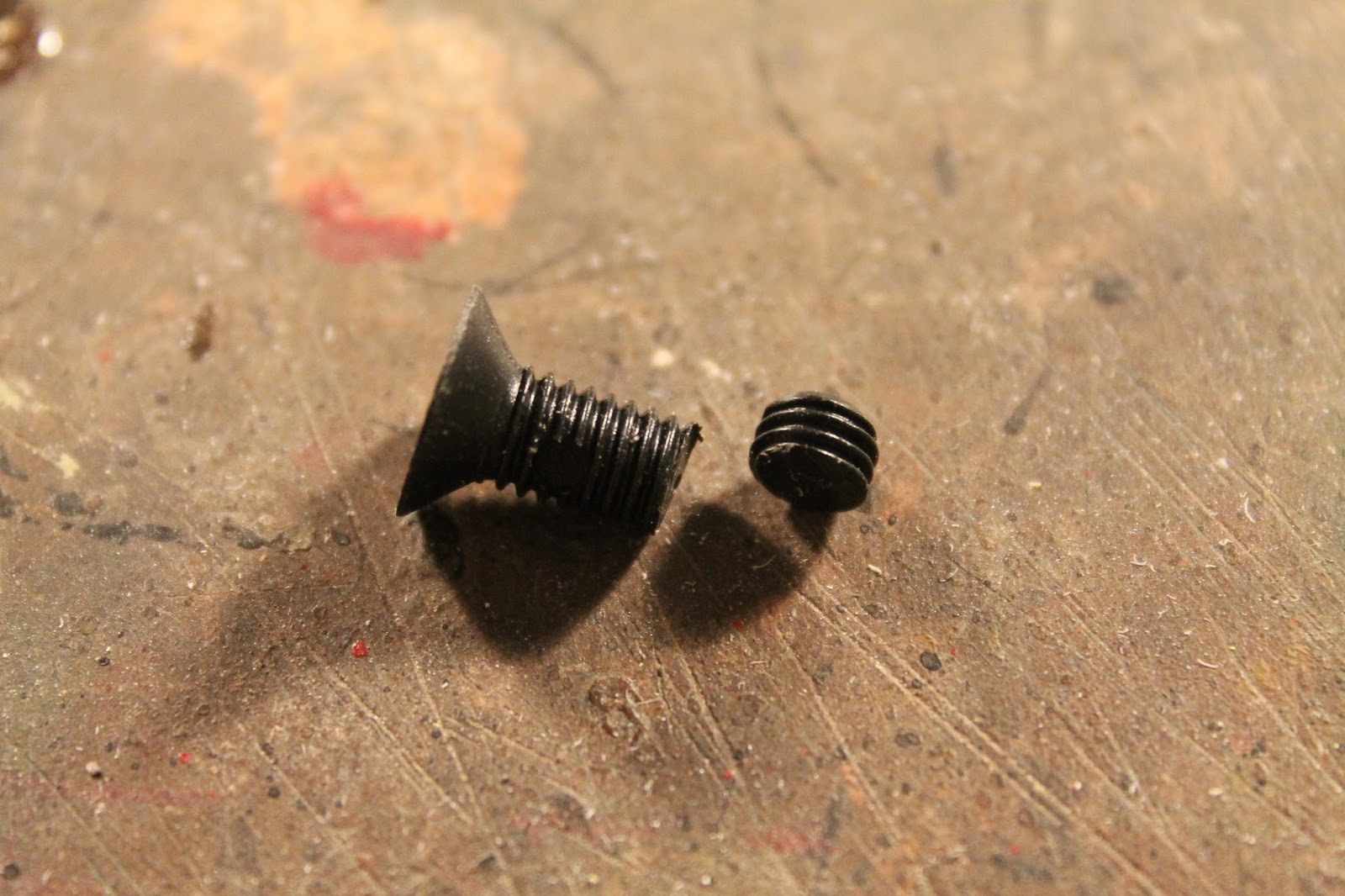 The base is ready to go as well, and will be given the same treatment as the rest of the army. 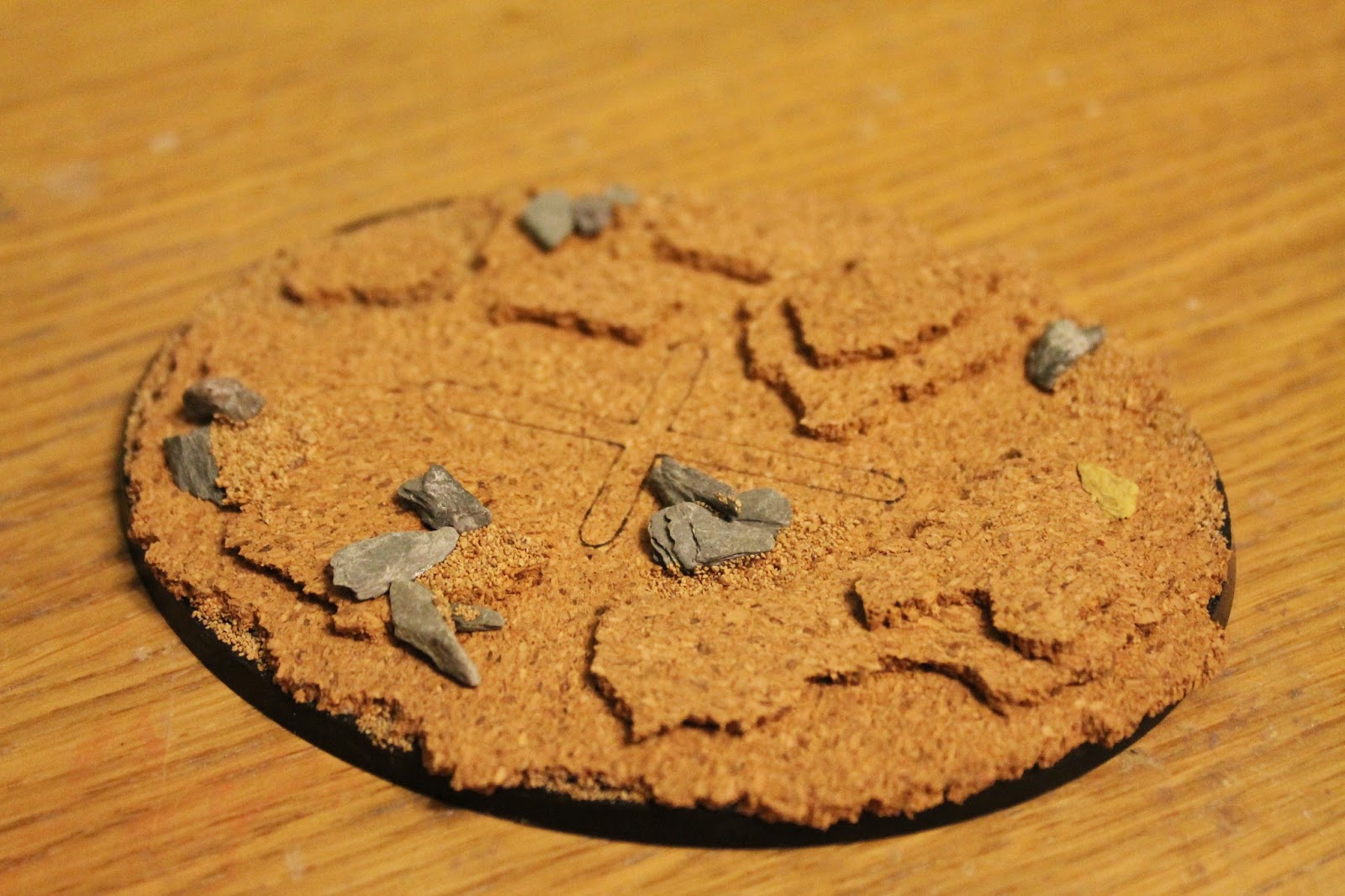 Hopefully a bit more on the Avenger soon!

Blessings of the Omnissiah: Krios Venator

As I mentioned last week, I had been working on a new addition to the Mechanicum army; a Krios Venator.

This now completes my trio of Krios which have been doing quite well in recent games, so much so that i now ally my Mechanicum with my Death Guard. The Pulsar Fusil was painted mostly brass to help it stand out from the other two Krios. Plenty of soot on the barrel for its anti-tank fury! 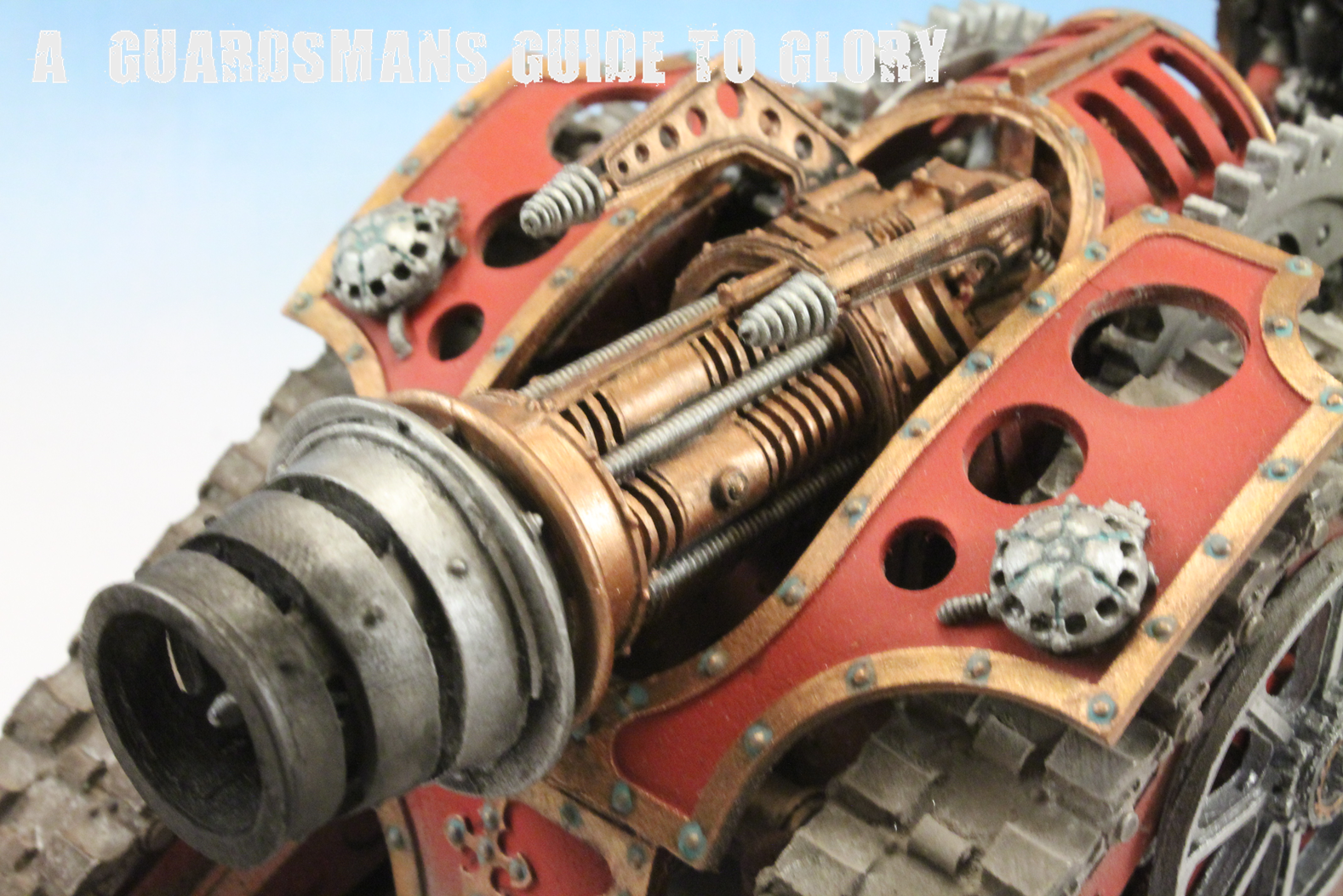 The gun shield is my favourite detail on this model. 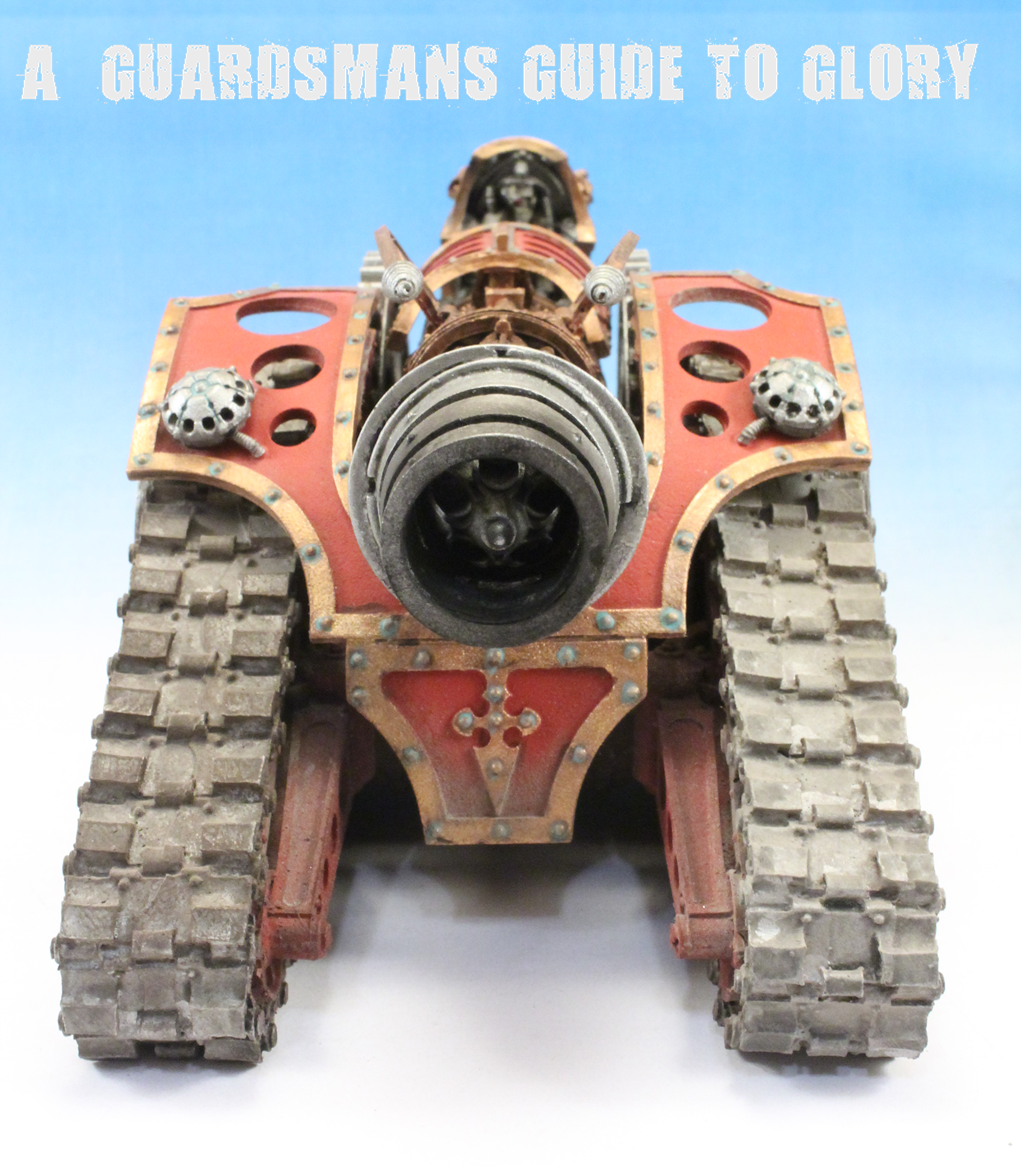 The pilots throne is in the same style as the Krios. 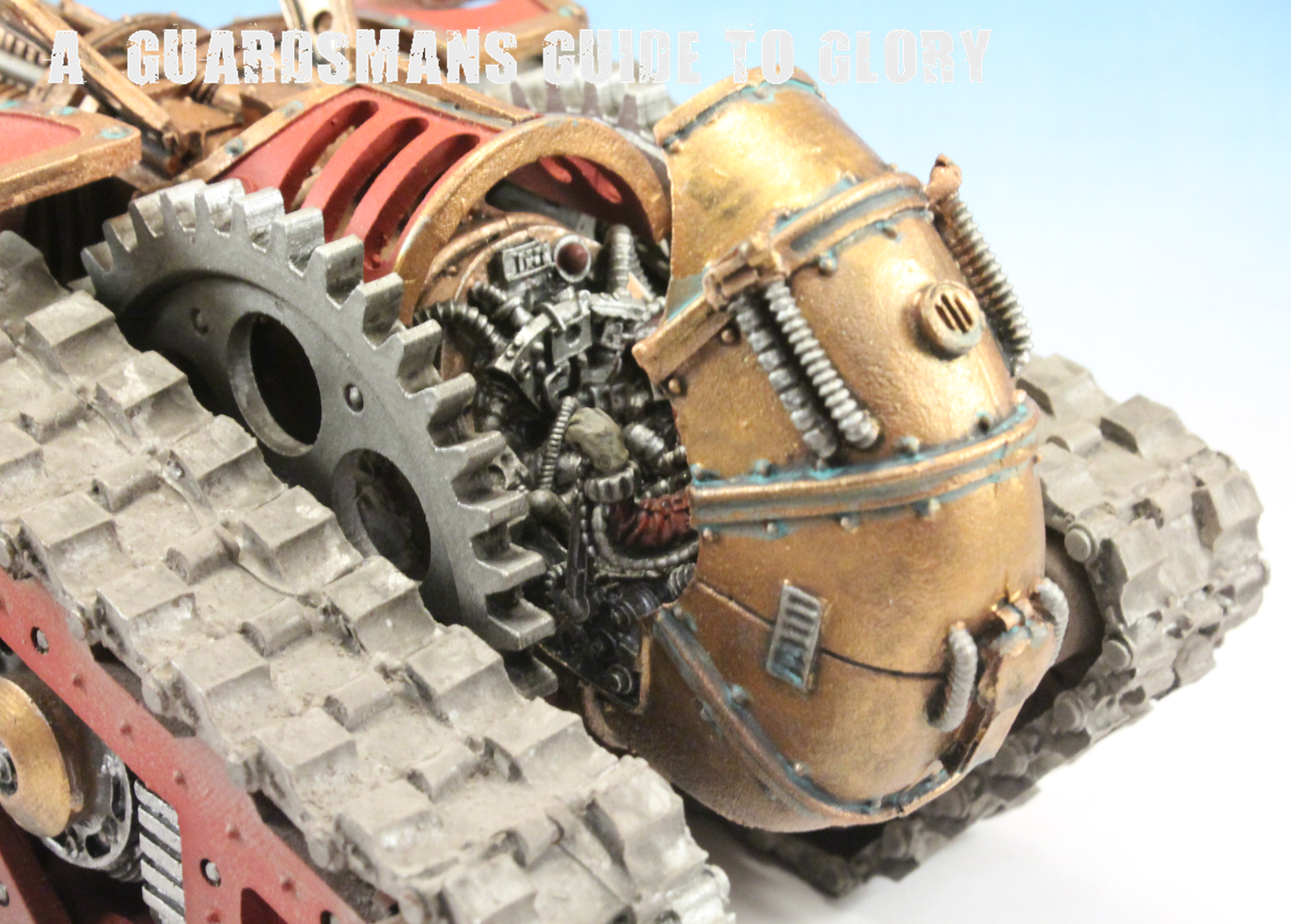 Another mad adept blowing stuff up! 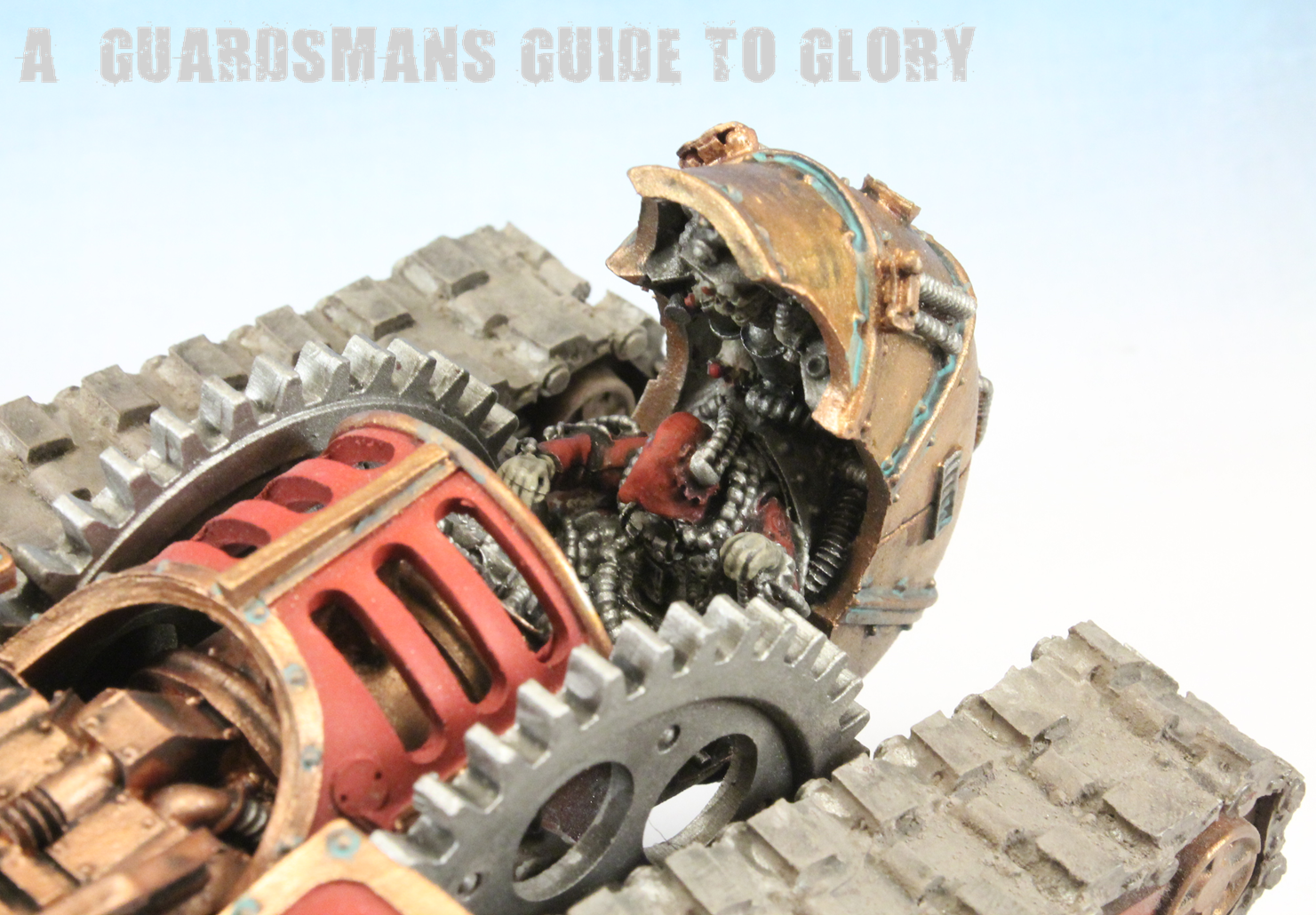 Hope you all had a great Christmas and New year! As I can imagine for many hobbyist, Christmas was a lucrative time in terms of money and models. It was time to take full advantage of this :-)

I always wanted to model the Death Guard as a foot-slogger army - it fits with the fluff. However, I've been finding myself woefully out gunned in recent games...fluff only gets you so far!! This became apparent when i came up against my mates new Salamanders Typhon recently! Bad times... Some more armour was sorely needed, and here it is. 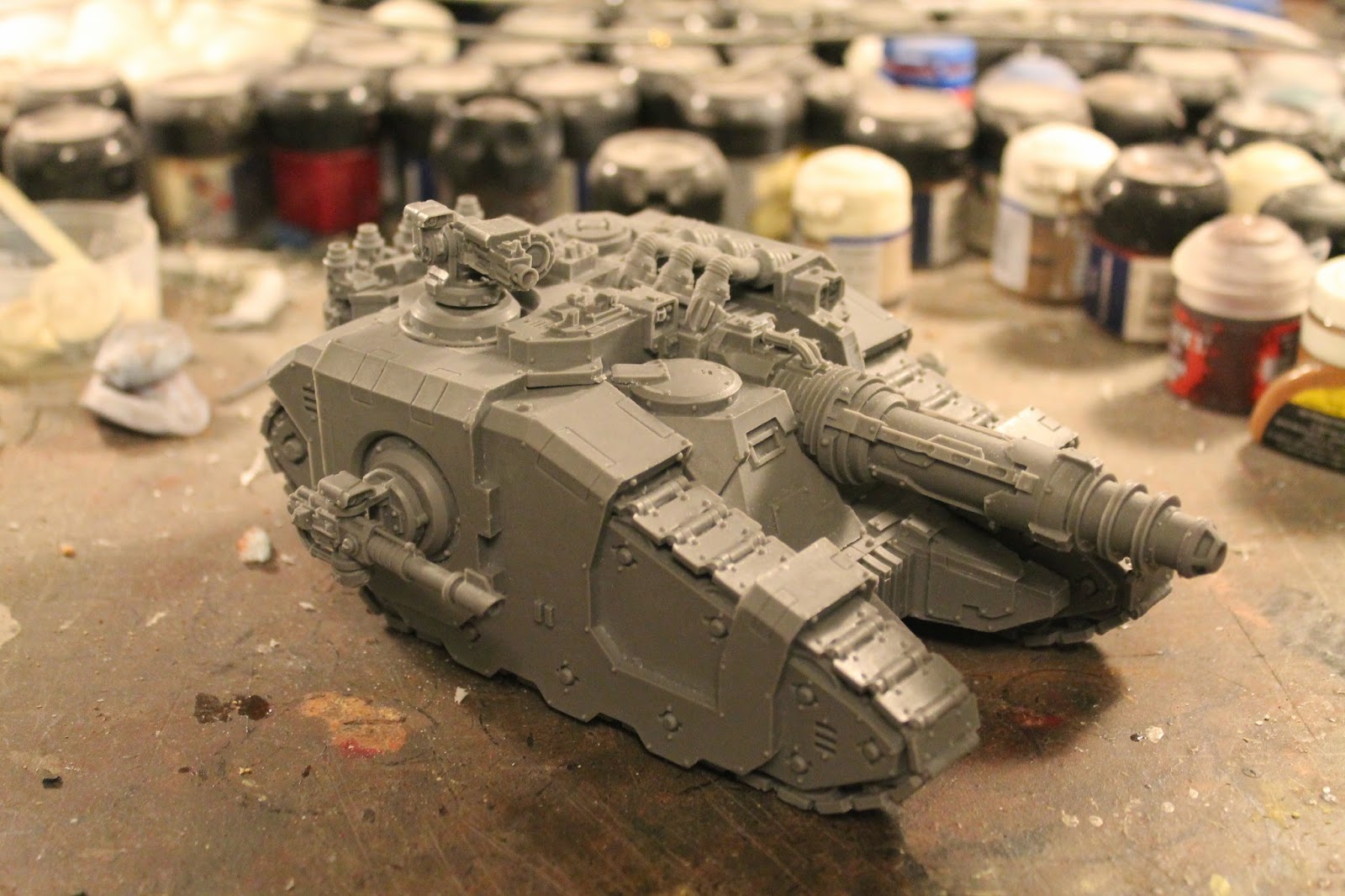 Great kit, easy to assemble, sexy as hell! I magnetised the weapon sponsons to make it easier to transport. 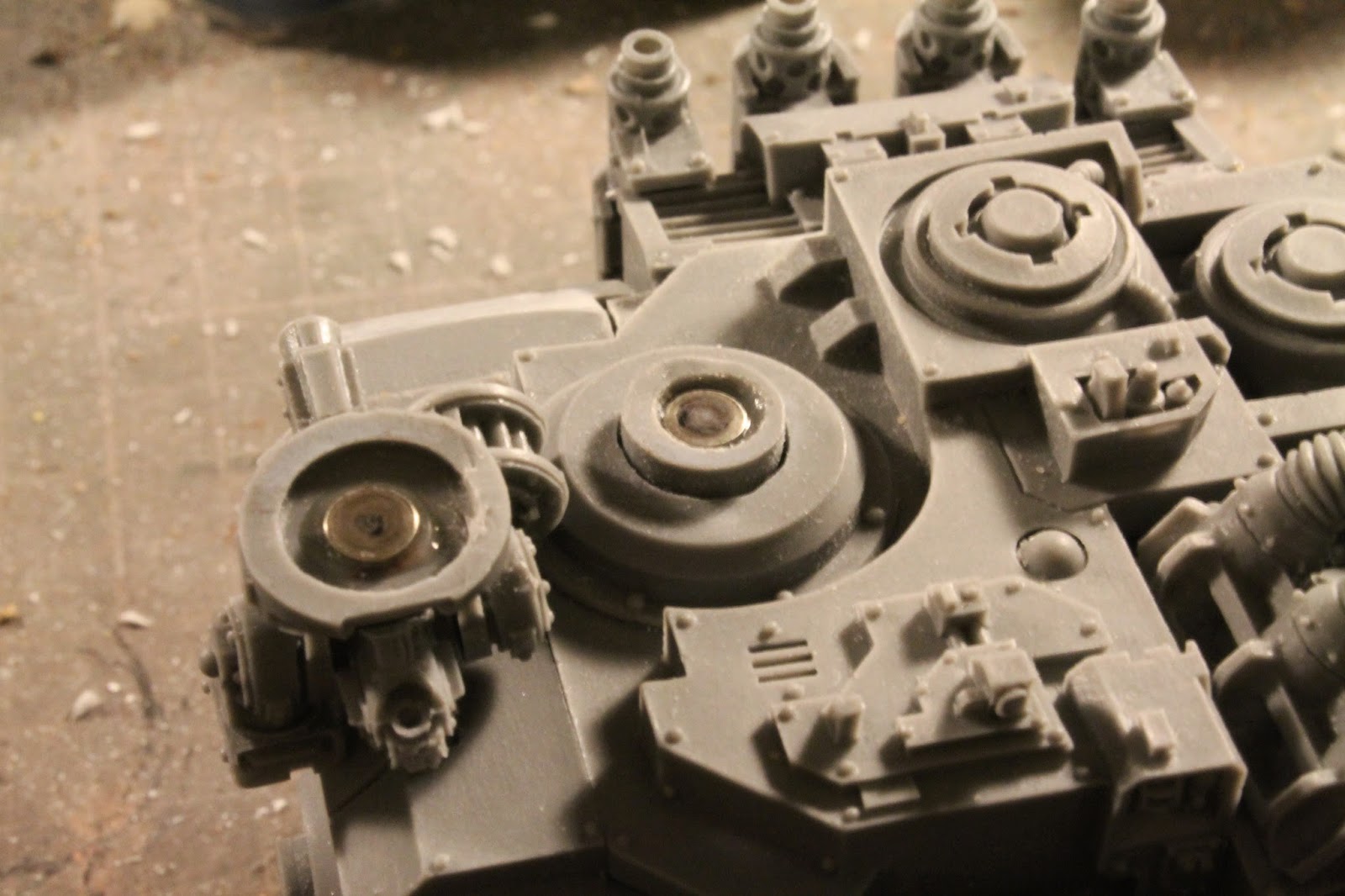 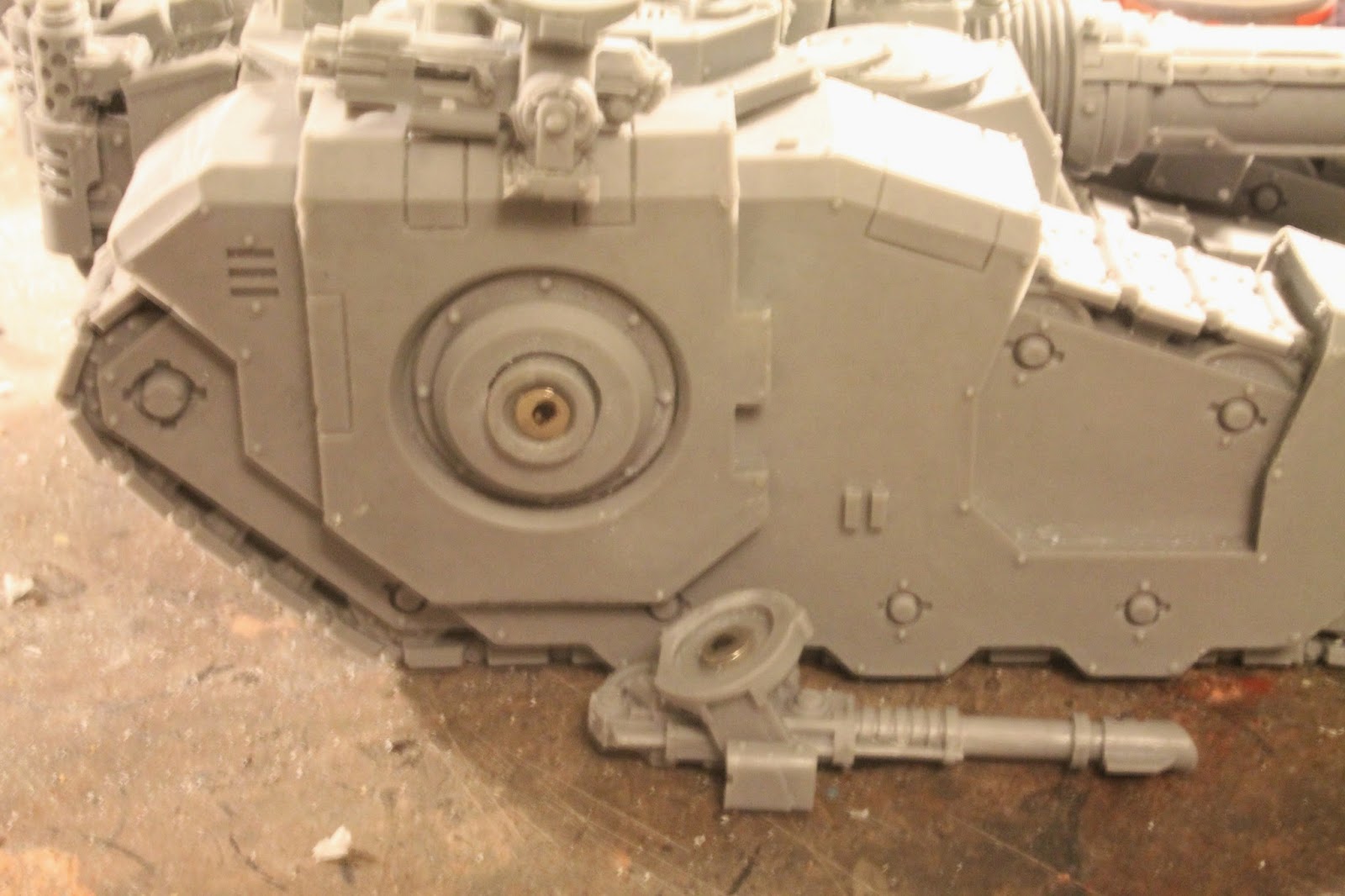 I'm looking forward to painting this guy! However i must confess, my paint brush did stray towards some Mechanicum again...more on that soon!