My poor neglected blog! Gearing up for this Apocalypse game has been a real trial, resulting in an absolute terrain building frenzy! It was all worth it though, because we ended up with a great looking table! 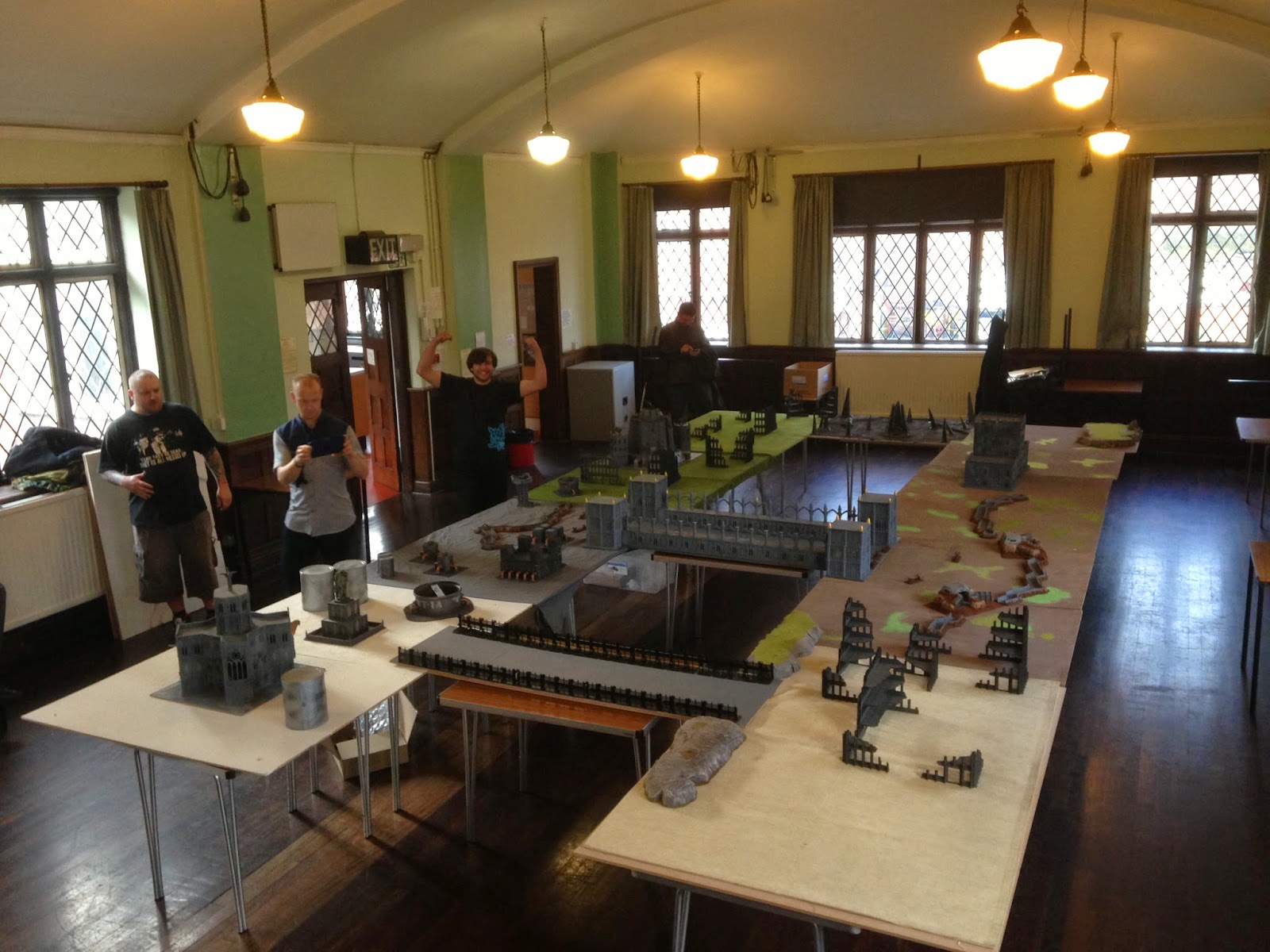 The idea was that 2 sides battle over 3 crossing points into the Imperial city. The bridge below was Andy's effort (done at very short notice!) 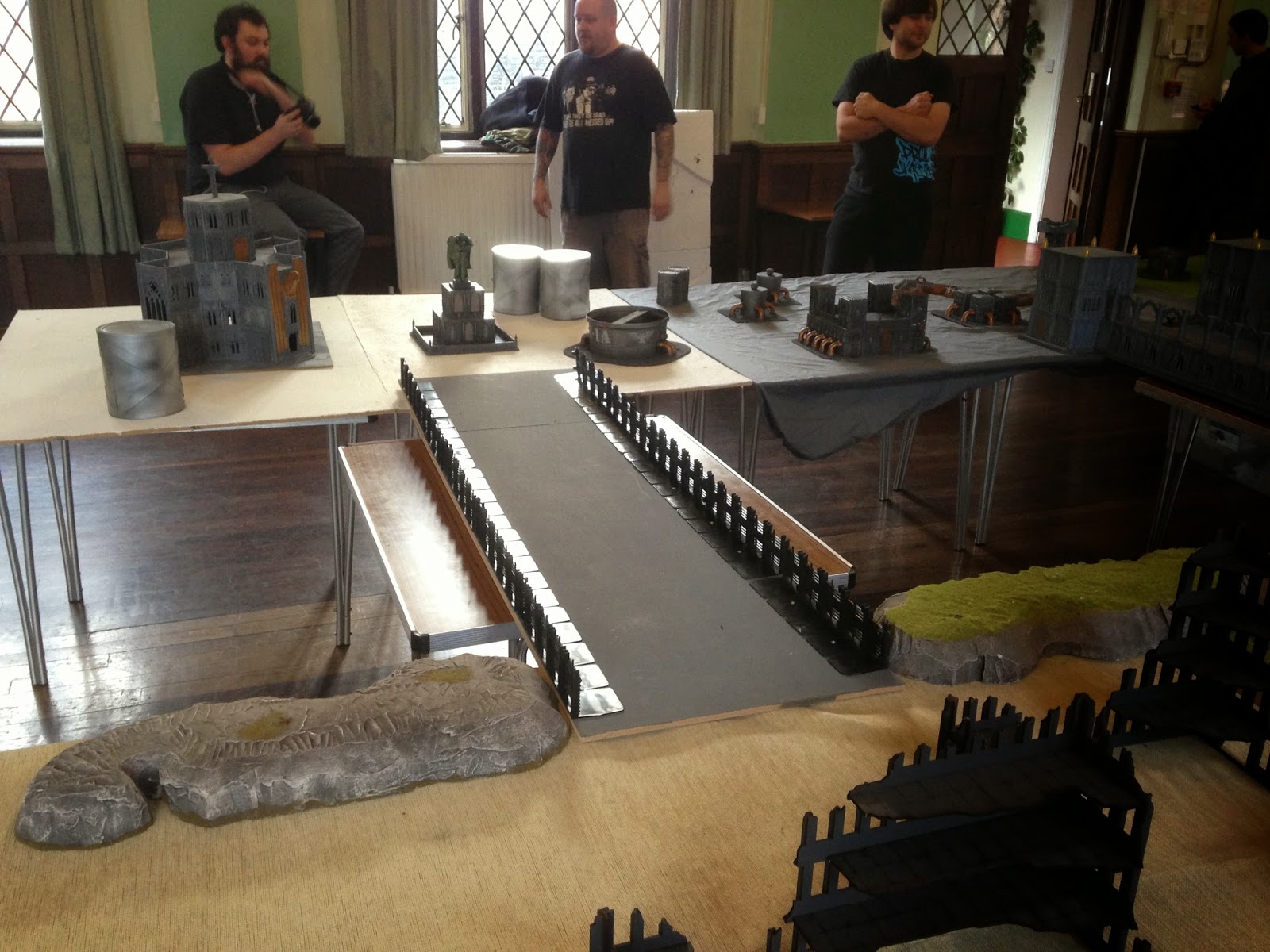 This is what i have been slaving over lately - Imperator Bridge! Its nearly 5 feet long and 2 feet wide. 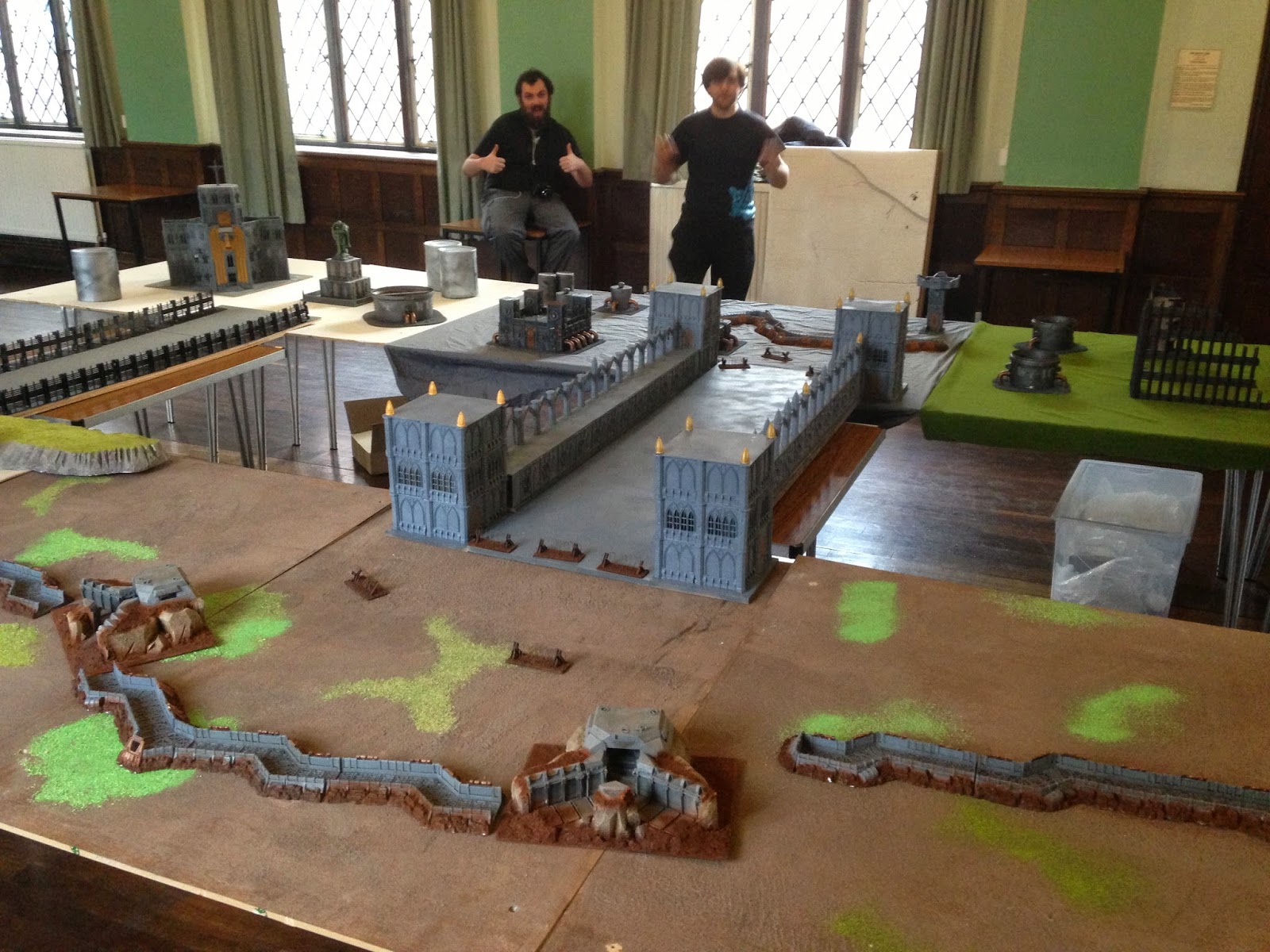 The final crossing point was this infected Tyranid Section. More like a Bio-Bridge! 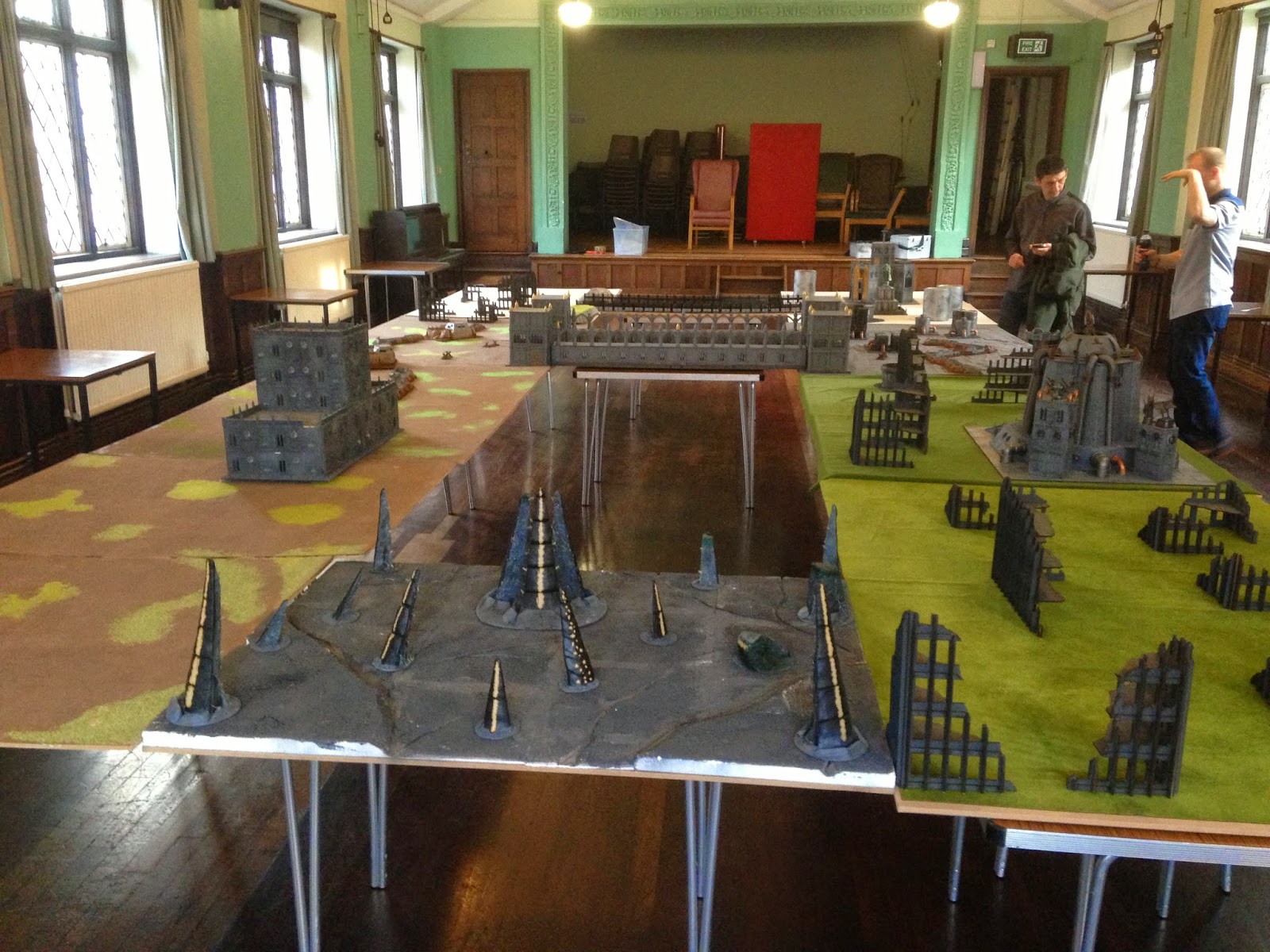 This is my Defence Laser Heretics Bane, finally painted up! Its inspired me to build to long planned second laser. 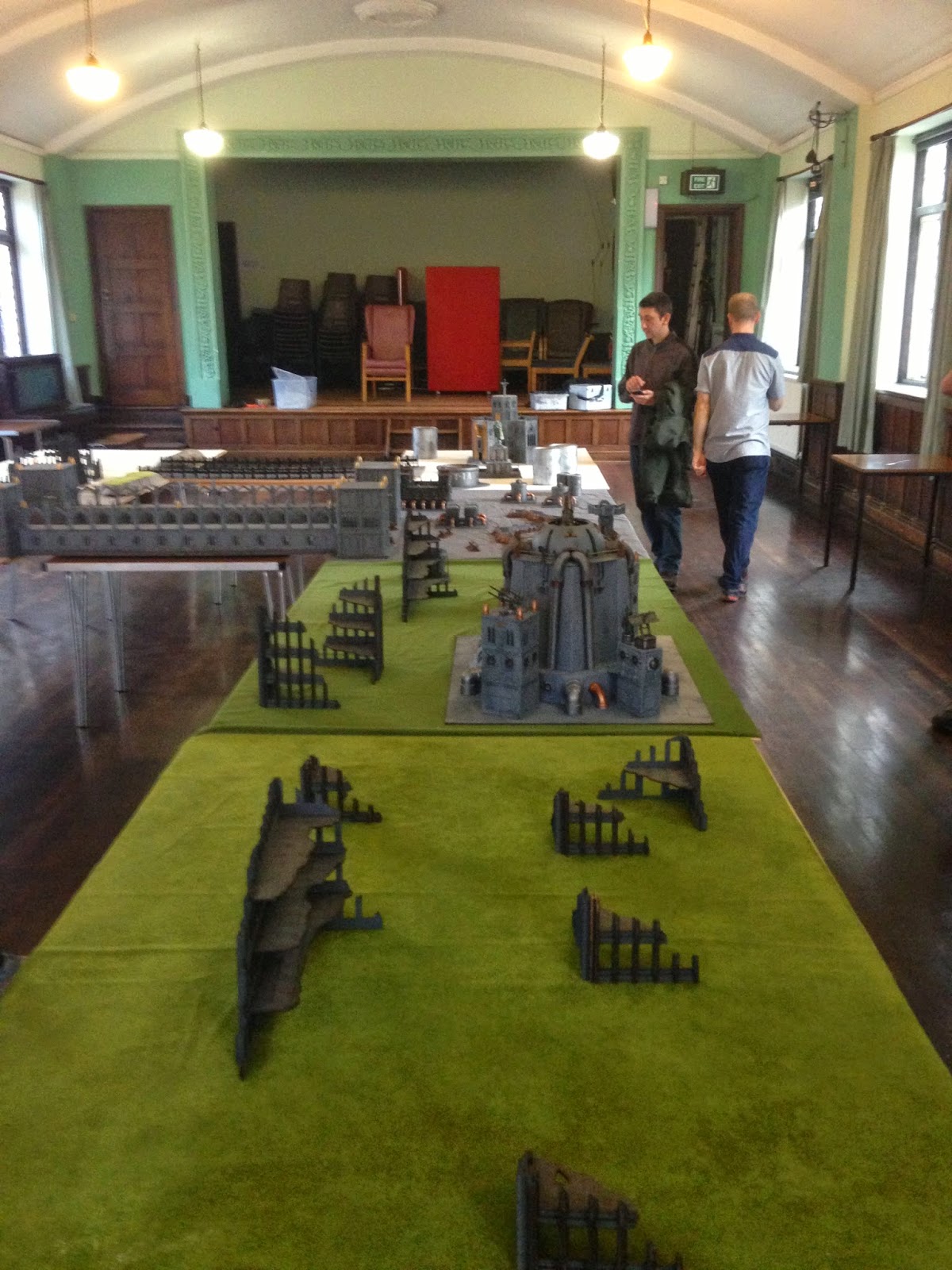 These are just a few random shots of the game in full swing. We had 7 players each side, with each player bringing 2000pts each. It was Imperial vs Xenos. 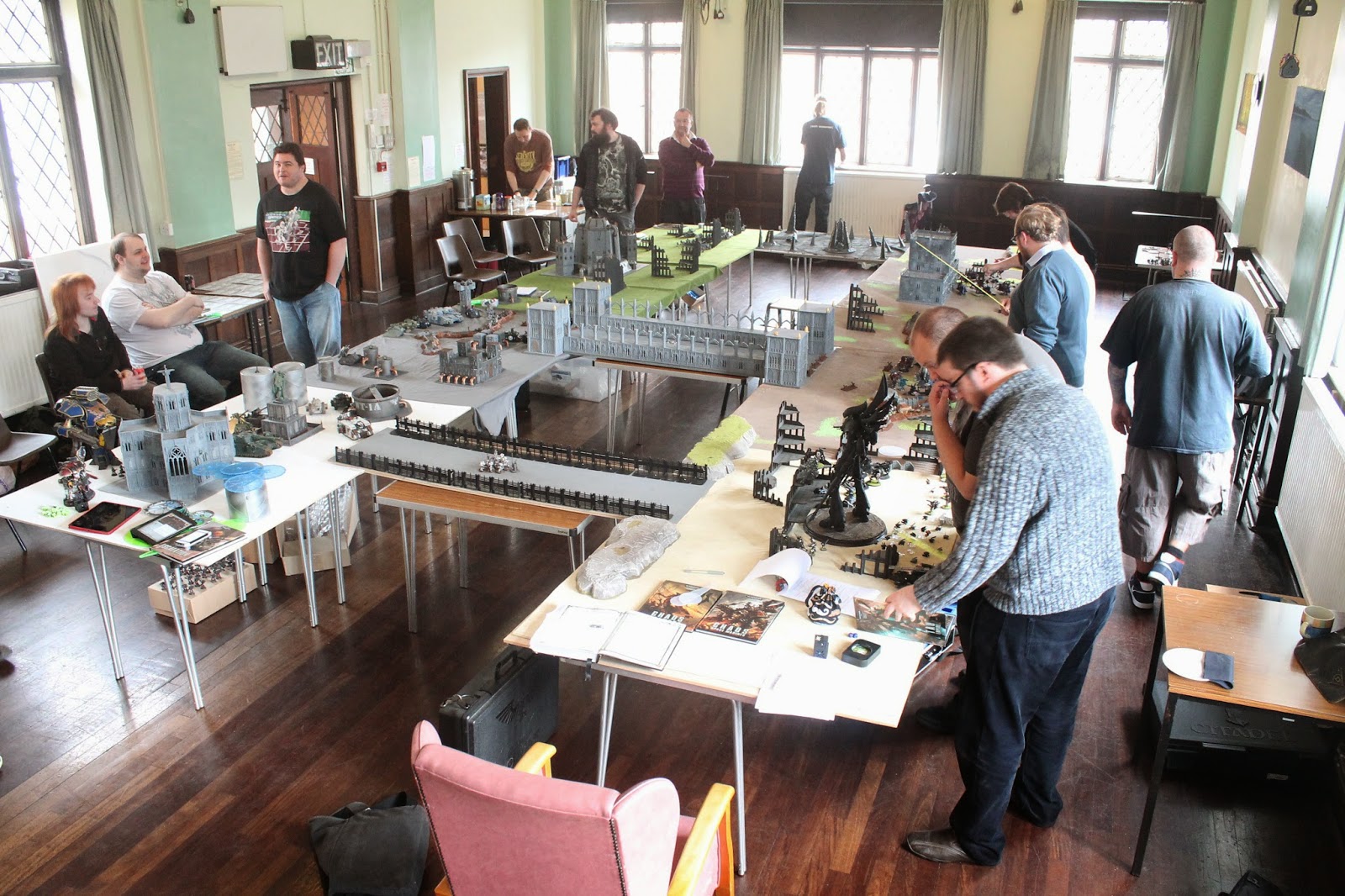 Yes, that is an Eldar Phantom Titan (well over 2K of points on its own, but we allowed it!) This is what destroyed my beloved Reaver Titan Praetorian. 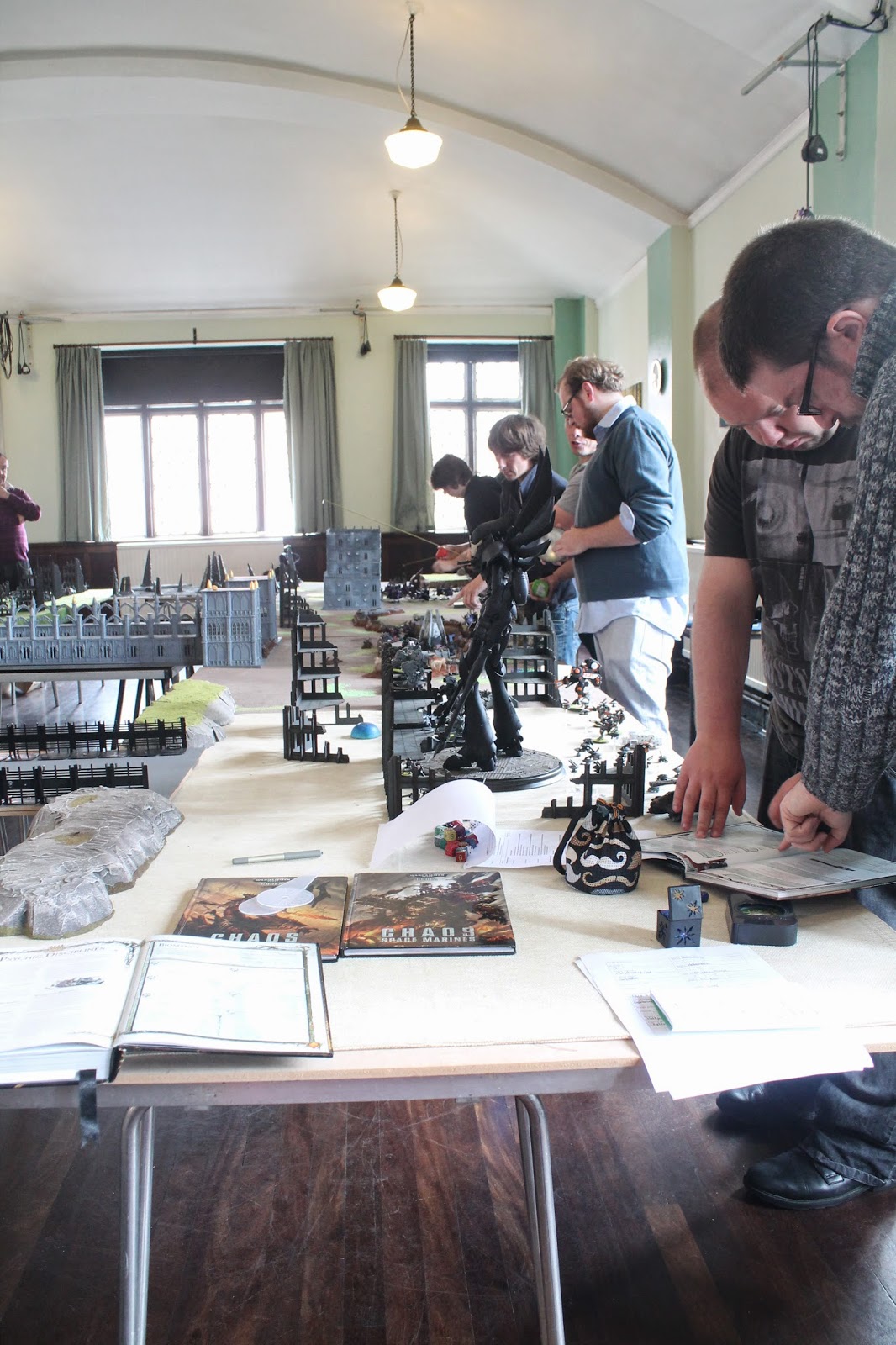 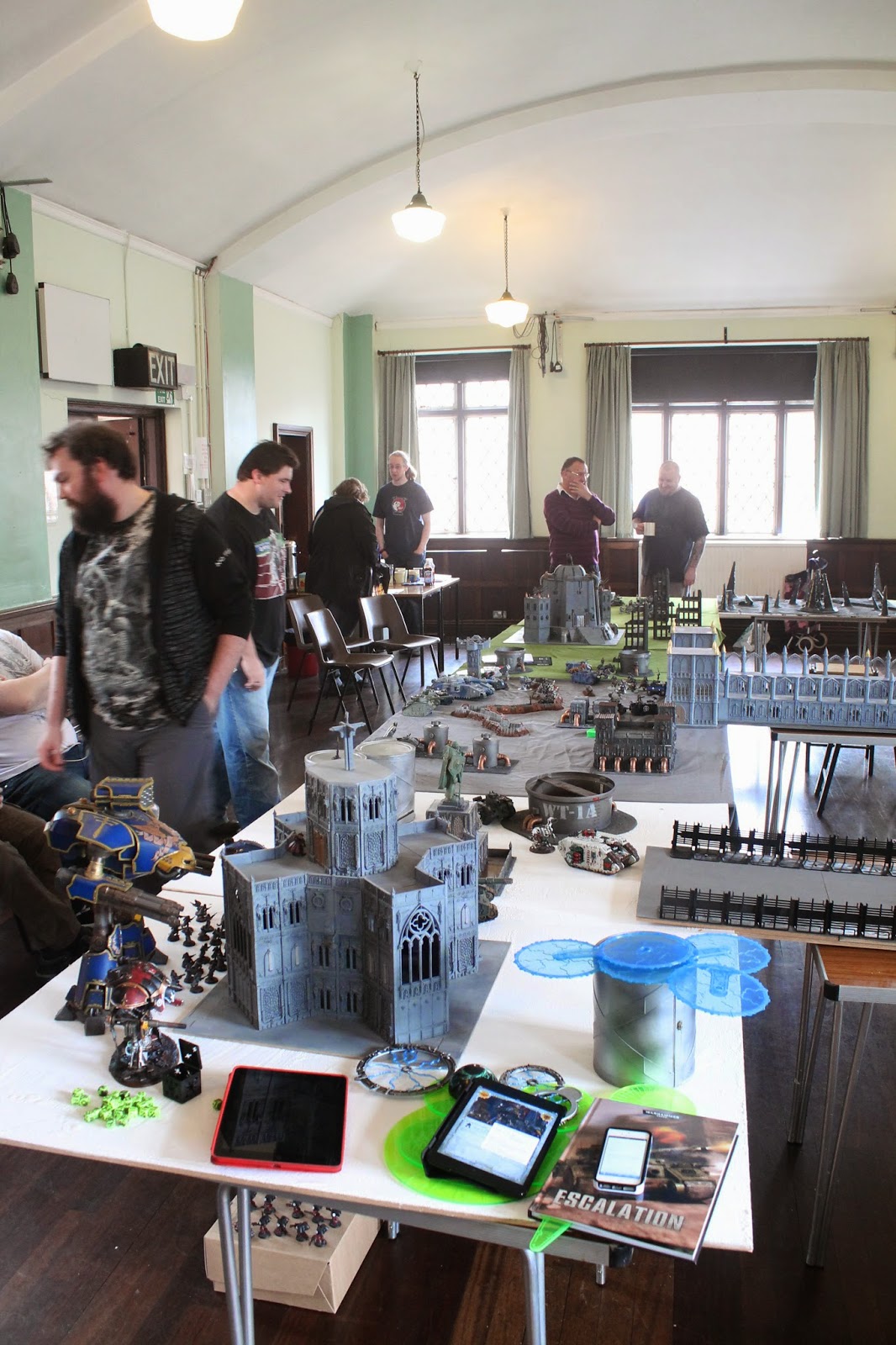 The Imperial side of Imperator Bridge - not terribly inviting!! 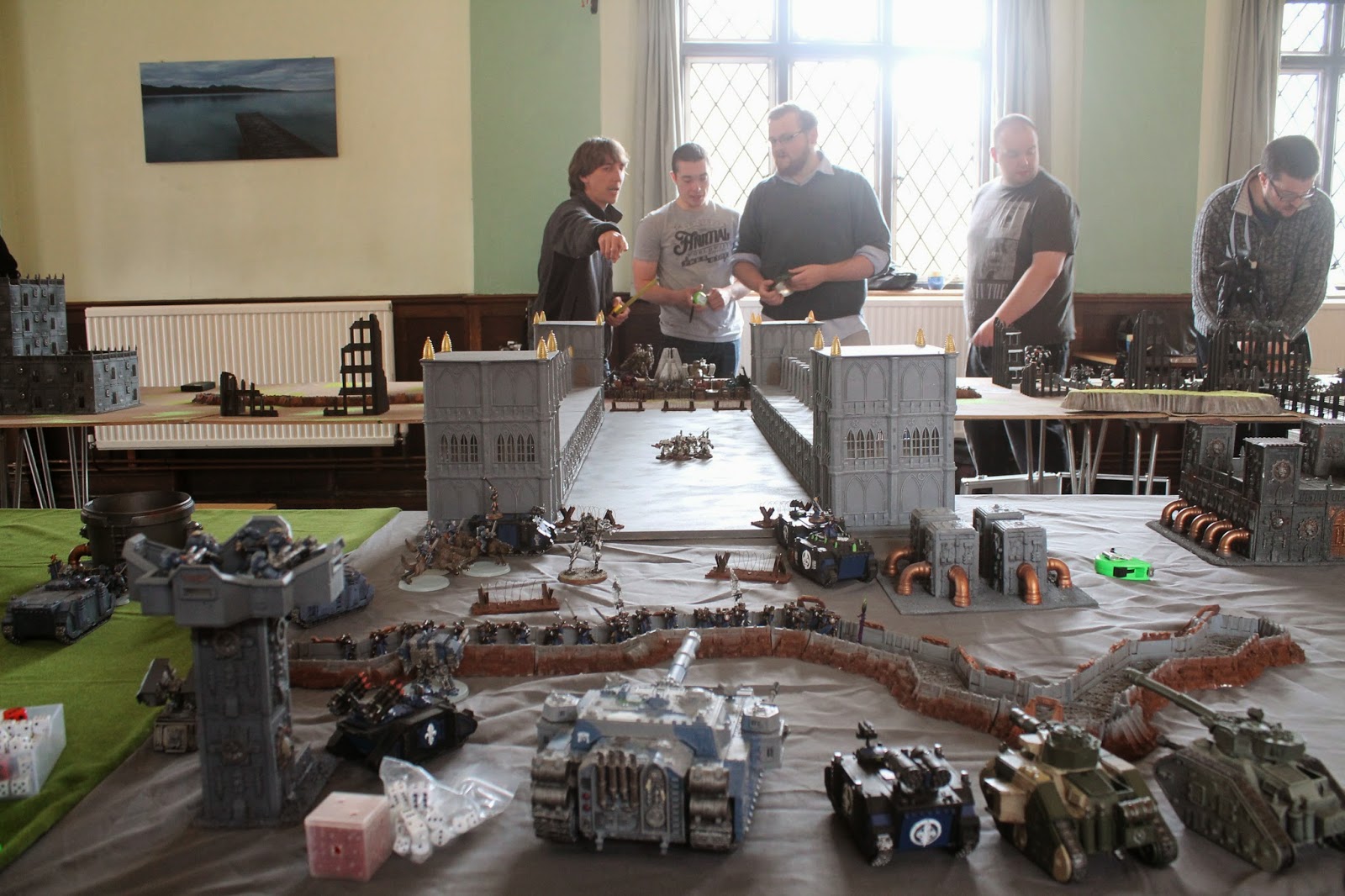 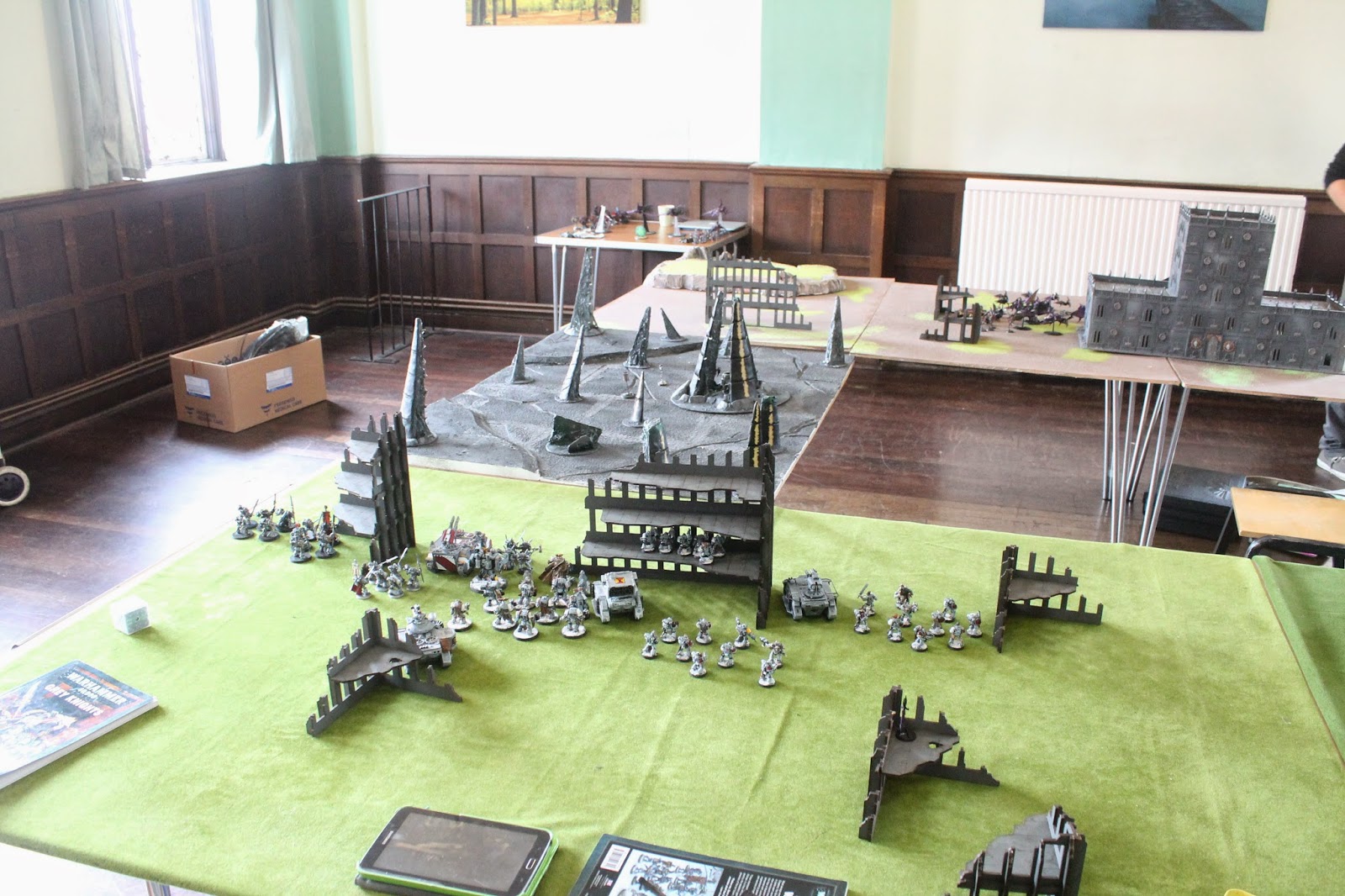 A massive Dark Eldar force loaded with Kabilites and Incubi! 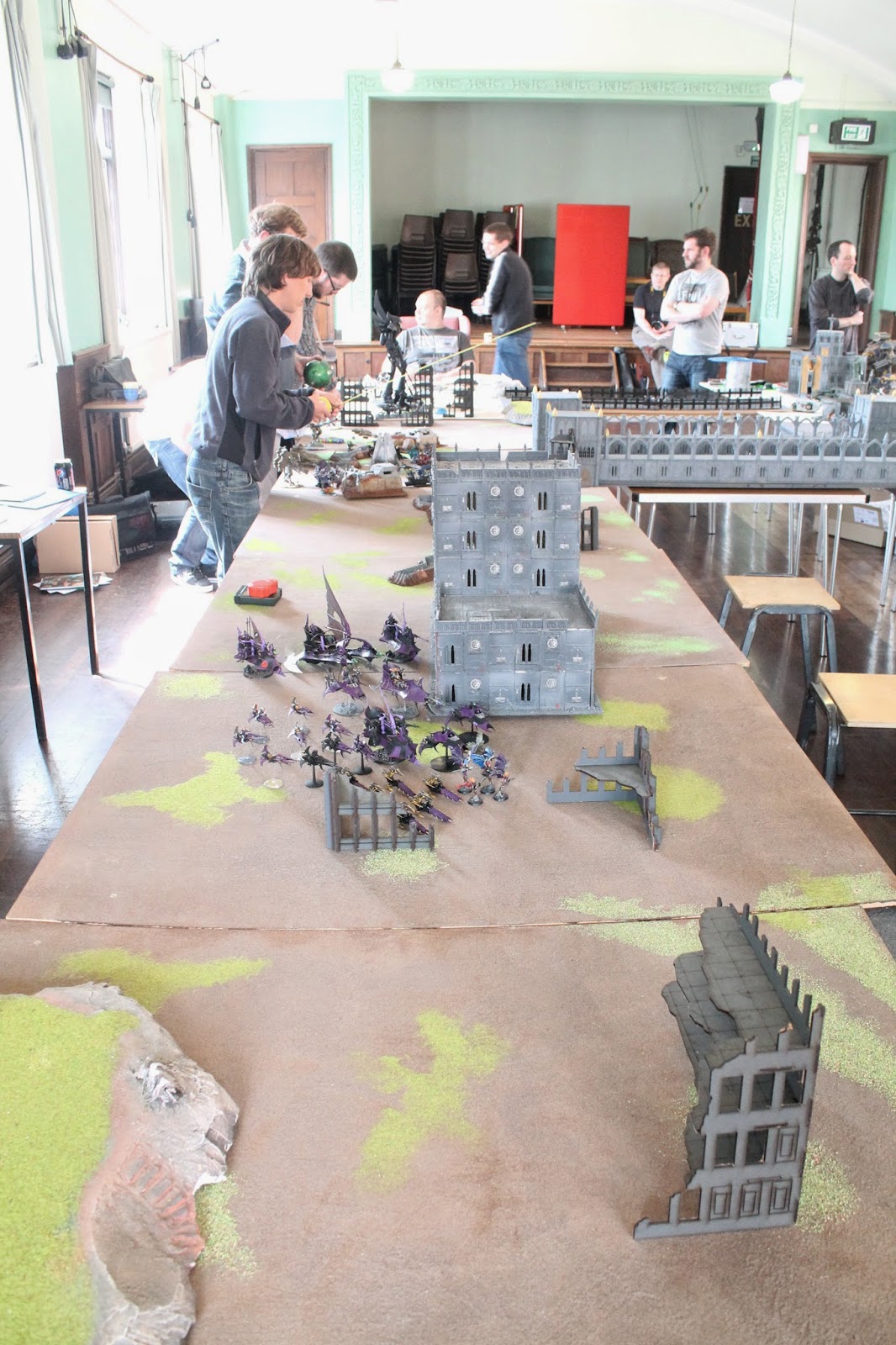 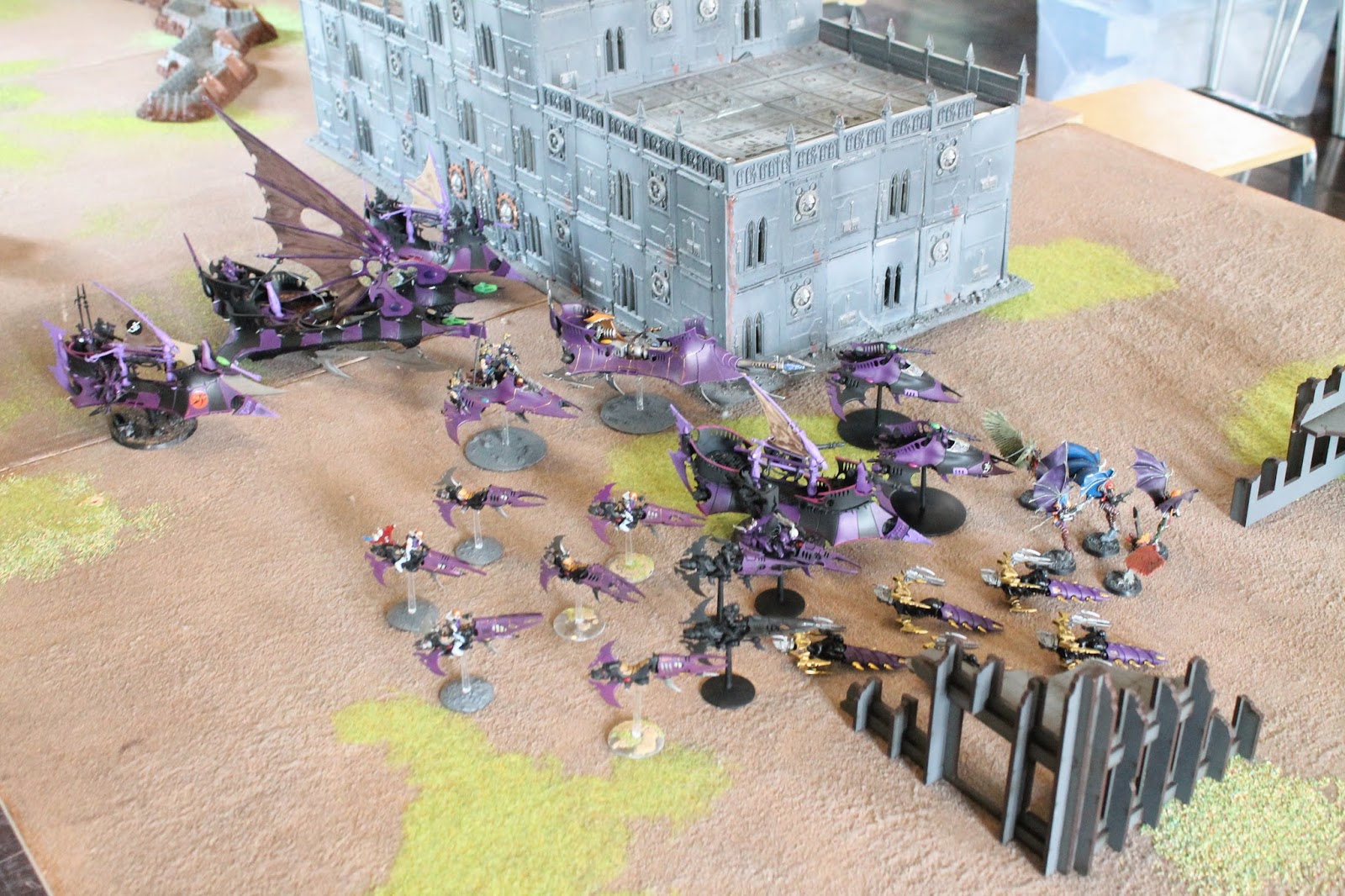 The Phantom stood watch over the Xenos side of the bridge, wipping out 4000pts of models on its own!! 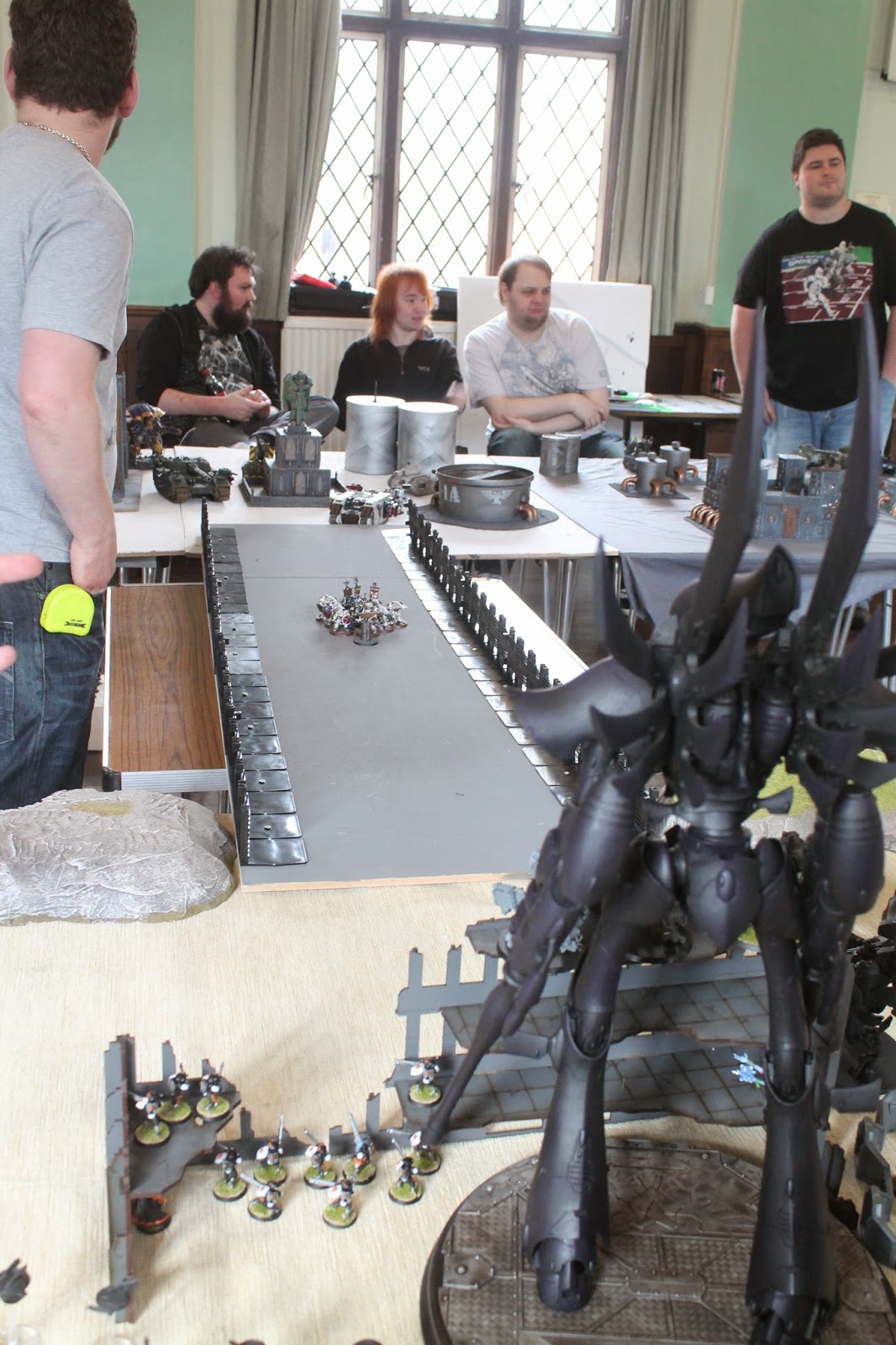 Despite a Vortex grenade swirling around its feet for the whole game! 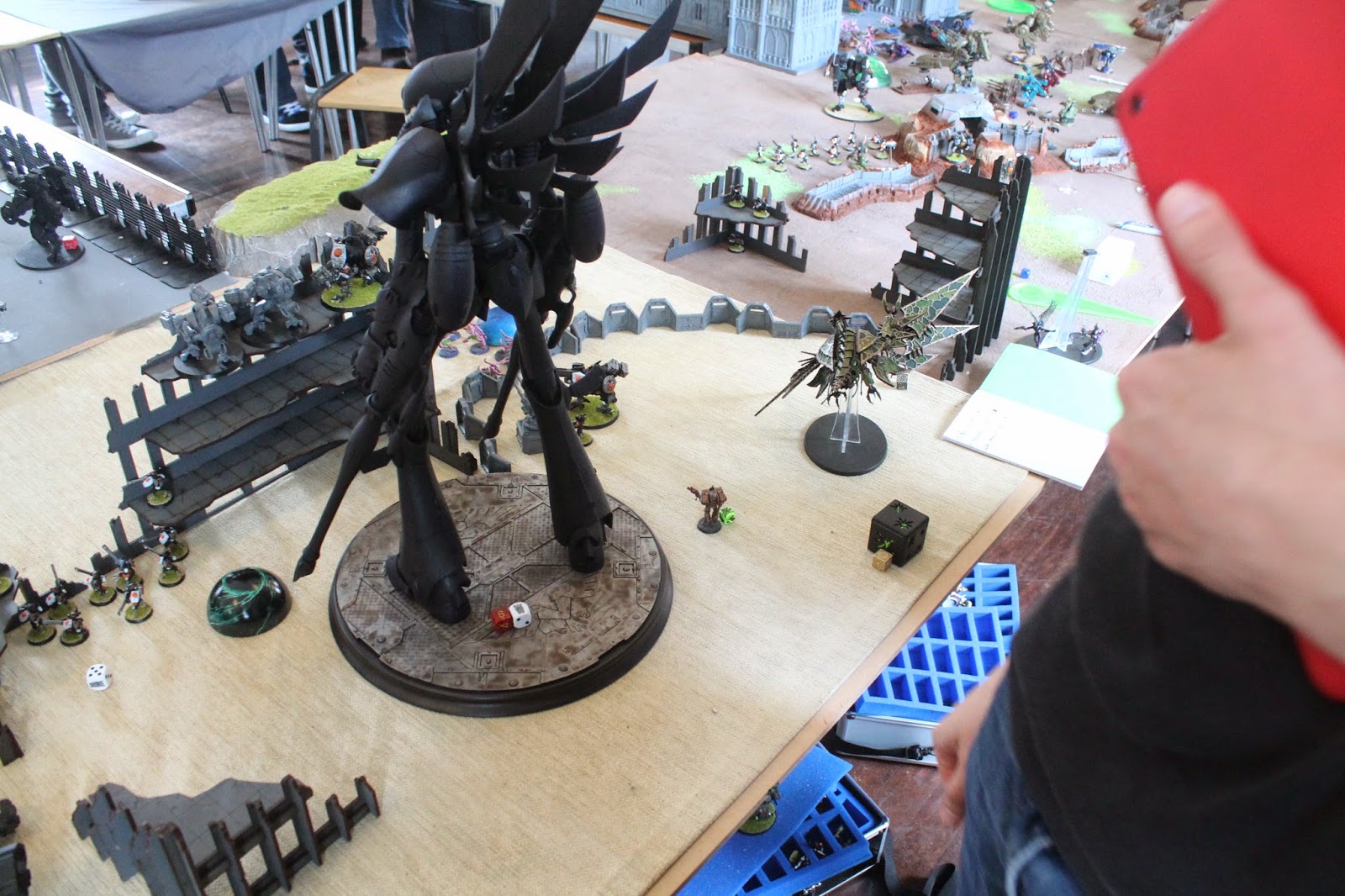 There wasn't much left of the Imperial defences once 4 Daemon Princes landed... 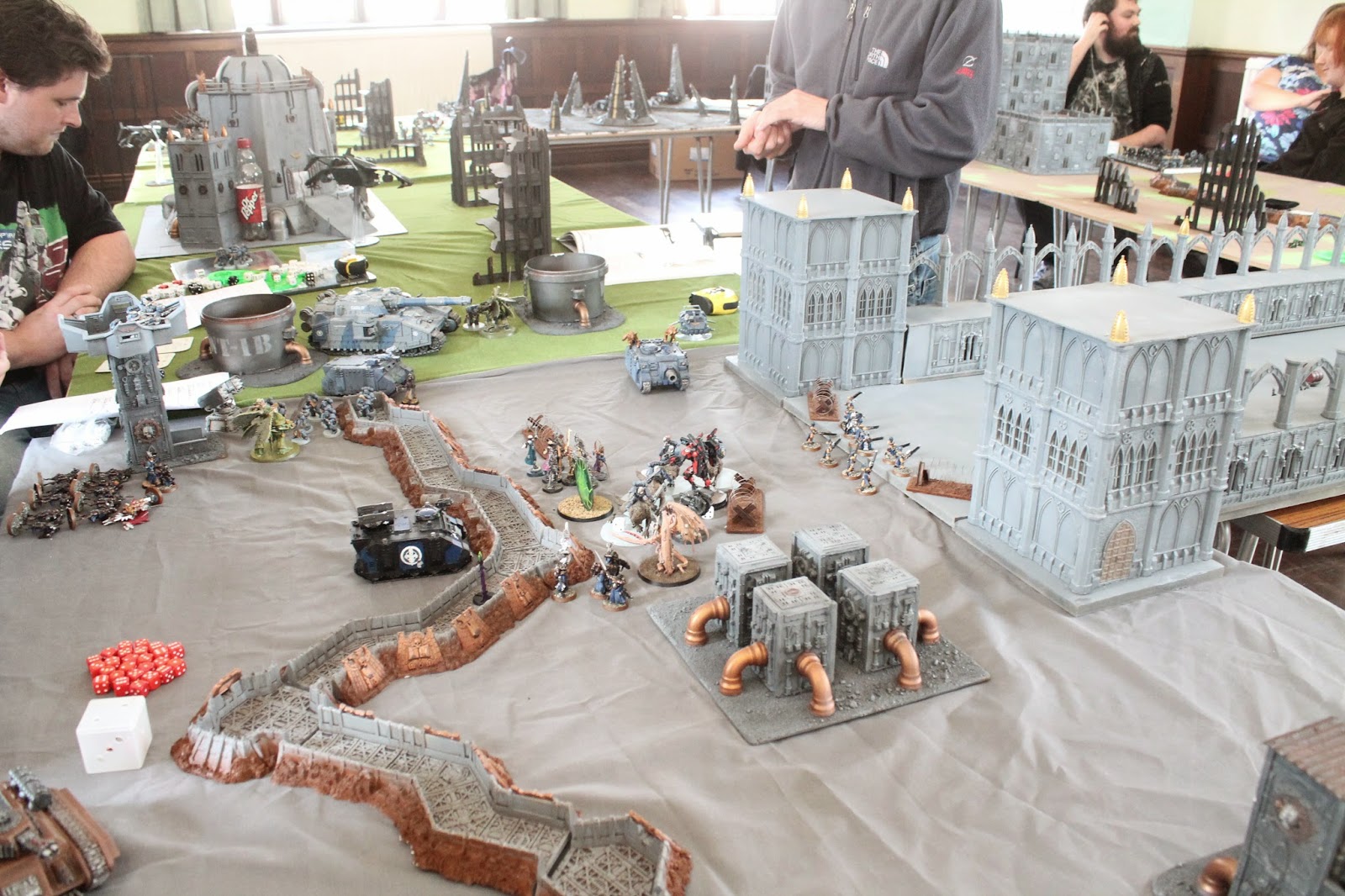 Imperitor Bridge in the final stages of the game - a last minute dash for the objective in the centre. 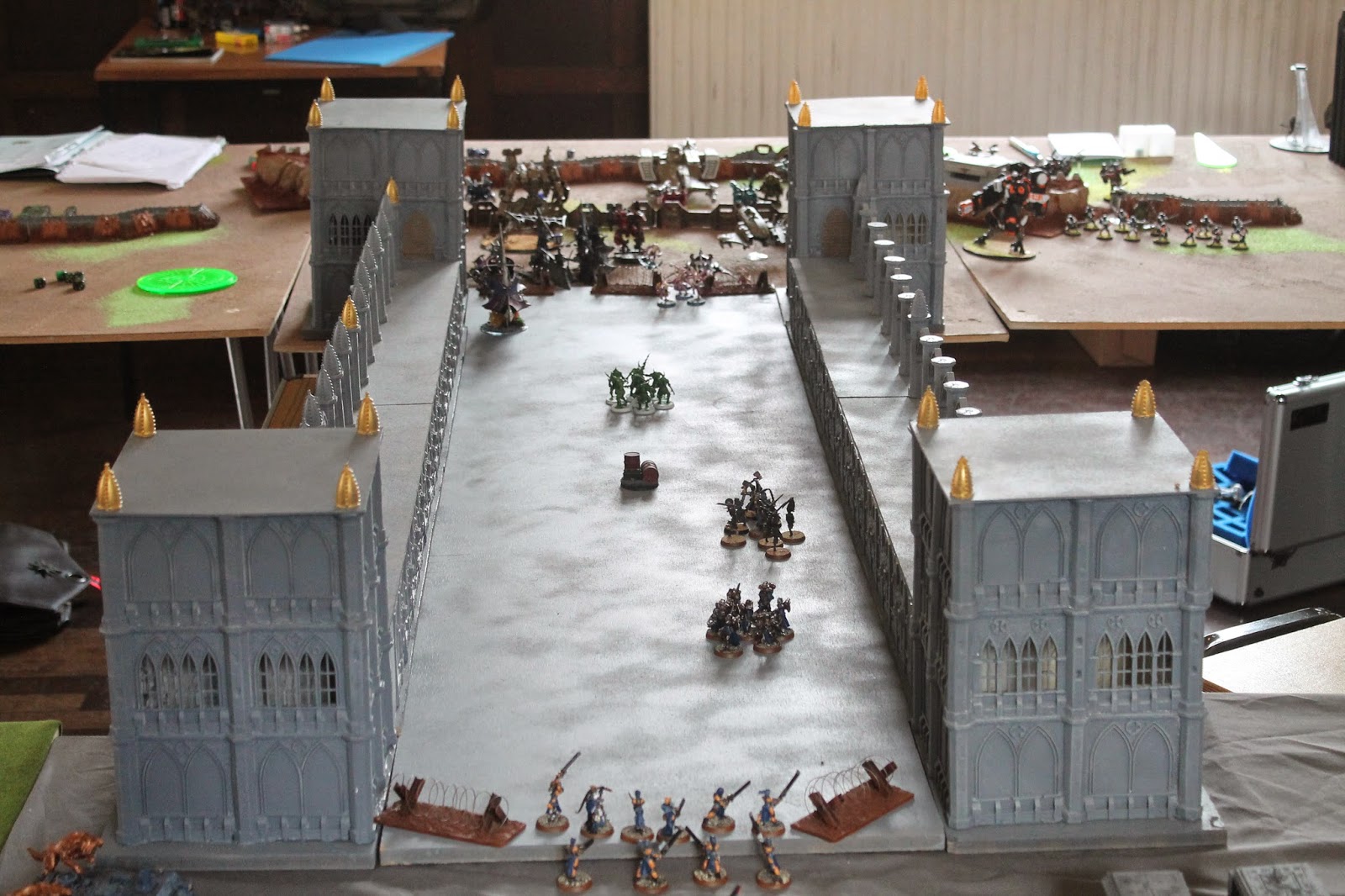 This was a really great day! We had a lot of players who had never played Apocalypse before but they all seemed to really enjoy it. I'm hoping that this will be the first of many to come.

Im really looking forward to getting back to some model painting now. I've spent to long building terrain. I did  pick up the new HH Book III: Extermination, and im loving the new Mechanicus list in there! I'll scrape some cash together and get building soon.