The Birth of the New Forge!

The house move is complete and we're finally in, after a grueling 12 hours of moving. The whole house needs gutting really, and every surface needs stripping, plastering and repainting. Many months of hard work ahead i'm afraid!

Which of course includes my new Forge! When we were looking for houses we had to get one with a basement (i threatened Mrs GunGrave with taking over another double bedroom if we didn't!) We succeeded with our search and found one with a sizable basement.

Though i have to admit, the broken glass and the bolt lock on the OUTSIDE of the door left me a little disconcerted...what did the previous owners keep down there??? 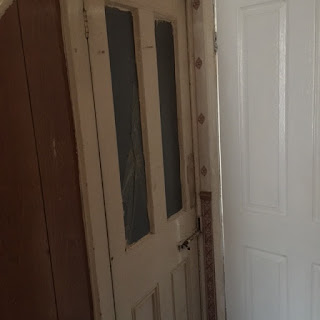 Your in trouble if your tall here! 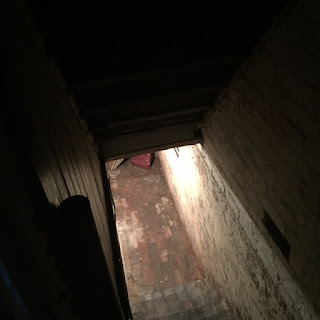 Some random pillars which will be removed. All 4 structural engineers who've seen it were like WTF?? It will give me a lot more space once they're removed.

So this is the fate of my hobby for the moment, boxed up! As you can see, its a pretty big basement. 33 meters in fact! 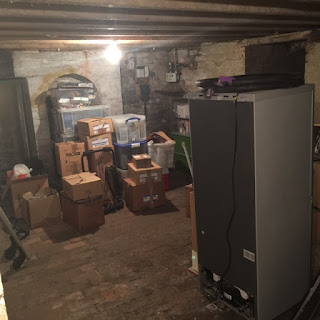 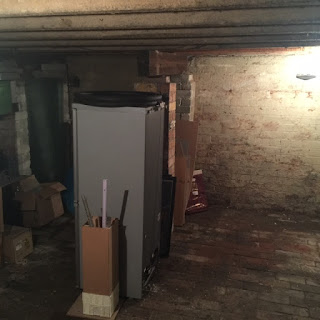 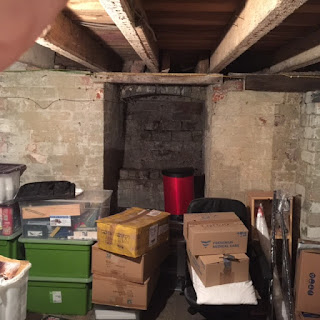 I'm in the process of finalising the quote for the conversion with the conversion company. However, as the costs were mostly in the region of £15,000 for a full conversion (yikes!) I've decided to just get the basic's done and finish it off myself. The basement floor will be removed, drainage systems put in, re-floored with concrete, and the walls sealed with a damp proof membrane. just that lot is nearly £6,000!!!

So to reduce cost i'll be finishing it off myself. I'll be doing the stud walls and plaster board, the new ceiling and tiling of the floor which will give me something to get my teeth into. Not sure how long it will take, but i'm aiming for completion by the end of the year.

But i won't be waiting that long to get into my hobby again! I bought myself a cheap desk and set up shop in the corner of the dining room! 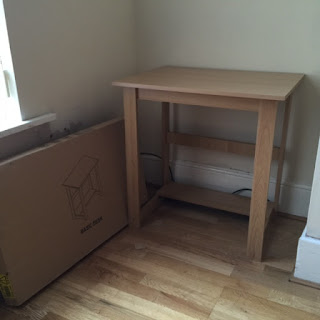 Not to bad once i got it all kitted out. 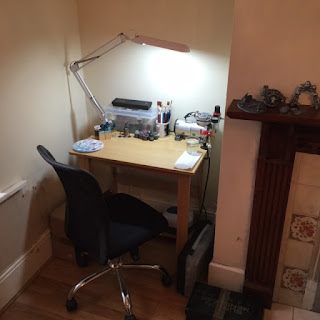 To get back into the swing of things (its been at least 2 months since i painted anything!) I've unpacked some Alpha Legion Tactical Marines and some Infinity to warm me up again. It'll return to me soon enough. 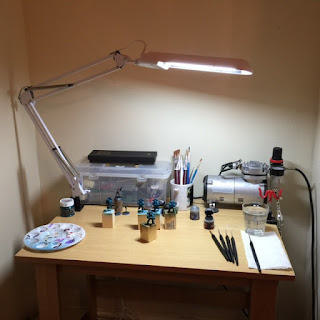 So the bulk of the blog updates will probably be building related ones as the basement starts to be pulled to pieces! I'll try to get many models up in the meantime.
More soon.
The GunGrave
at July 26, 2016 9 comments: