He has a name you just have to shout every time you activate him! The mad motorcycle monster himself, Yojimbo!

The JSA have very limited amounts of smoke access making it difficult to advance up the field safely, especially on more open tables. Yojimbo is the cheapest source of that smoke (out of about 3 options i think!) which sees him secure a spot in nearly every one of my lists.

He is a handful though, being extremly impetuous and very fast on that bike!

As far as painting goes he was a challenge as well. I didn't want to apply the usually JSA white scheme to him, as he's a mercenary just aligned to the JSA at the moment, not part of the JSA itself. So i went with a cream colour for his bike and the Crazy Koala's. It seemed like a safe choice but it was quite time consuming to get right, requiring a lot of blending and glazing to get the right result. 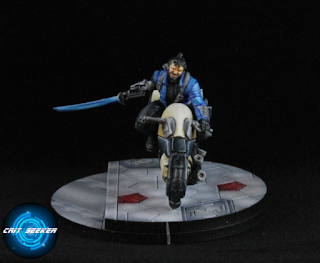 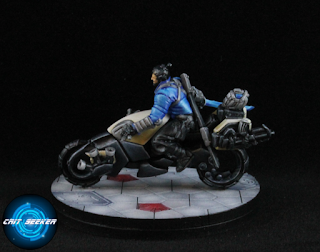 I used the same blue recipe here on the sword that i used on the Daiyokai. Sadly the sculpt want as crisp on this model, so the end result wasn't were i really wanted it to be. However I'd got to the stage where the model had been on the table for a week or two so he just needed to get done! 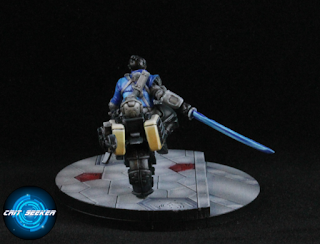 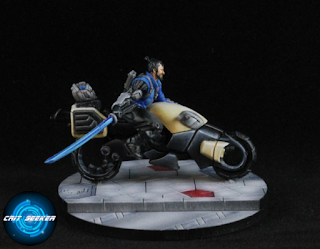 As ever the Koala's were fun little models to paint! They had the same cream colour applied as on Yojomos bike. 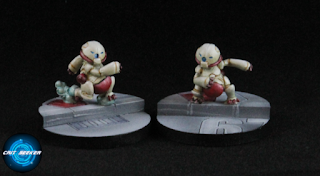 He took a while to finish but he was worth it in the end!